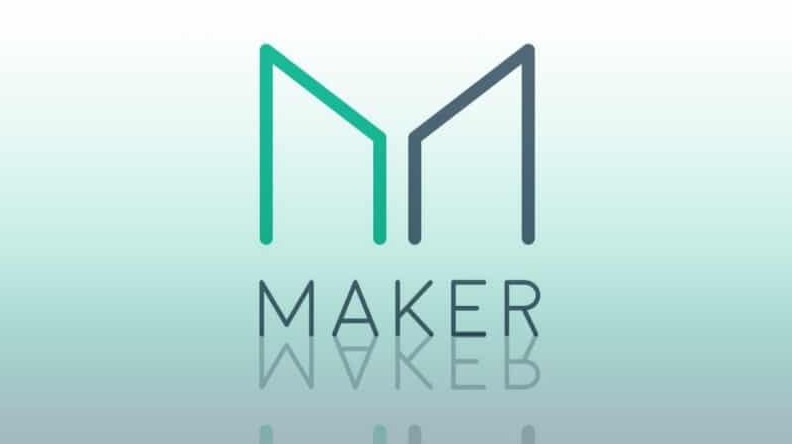 Oasis App, the front end d'app for using DAI and the Maker Protocol on Ethereum, has implemented a third party blocking system for flagged addresses. This decision comes through user discovery rather than any announcement issued from the DAO- what I mean by that is users were rudely awakened to a nofitication that their address had been associated with a risk list, and they can no longer operate through the Oasis App, essentially locking away staked funds from "risk associated addresses."

Users found out the reason why when they reached out to the Oasis team through Discord.

It's obvious that Maker DAO is offering their own form of policy and regulation in light of the Tornado Cash sanctions to best perserve their own bag, particularly their bag of USDC. Let's break this down a bit-

The U.S. Government has placed sanctions on the Ethereum based mixer Tornado Cash (for security reasons via North Korea).

"All U.S. persons and entities are prohibited from interacting with the virtual currency mixer’s USDC and Ethereum smart contract addresses on the SDN list. Penalties for willful noncompliance can range from fines of $50,000 to $10,000,000 and 10 to 30 years imprisonment. An estimated $437 million worth of assets, consisting of stablecoins, Ethereum, and wrapped Bitcoin (WBTC), are currently held in Tornado Cash’s smart contract addresses. As a result, issuers are expected to take steps to prevent the transaction or redemption of such assets […]"

A couple anvils dropped here- one, for the first time in history, U.S. citizens have been prohibited from interacting with a smart contract, with penalties imposed. Two, "issuers are expected to take steps to prevent the transaction or redemption of [ the $437m in assets still locked in Tornado Cash]." Essentially, the responsibility falls on digital asset providers to ensure that they are not facilitating the trade of these prohibited assets, or to sanctioned addresses.

As you can see, the only clarity in this regulation is hefty penalties for interacting with a piece of code that was completely legal last month. Not only that, issuers are now responsible to ensure that they are not allowing these sanctioned interactions to happen whatsoever. As you can imagine, DAOs and corporations alike are beginning to scramble to adhere to Uncle Sam's request.

"The USDC “Blacklist Policy” states that when an address is “blacklisted,” it can “no longer receive USDC and all of the USDC controlled by that address is blocked and cannot be transferred on-chain.” Thus, any USDC currently held in a Tornado Cash address is now frozen indefinitely."

Maker DAO holds a good percentage of it's DAI reserve backings in USDC; you can imagine the calamity that would occur if these assets were sanctioned and frozen by Circle. That would be the collapse of another stablecoin; leaving little competition for USDC. Woops, did I just say that? BlackRock holds the reserves, and they would never sacrifice ethics for profit ;).

Obviously, Maker DAO, who is charged with defending and backing DAI, does not want this to happen. Especially with the continued success they've seen through this winter; for one, not completely crashing or coming under heavy scrutiny, as other stables have, and two, signing the deal with Huntingdon Valley Bank in Pennsylvania as a mark of their credibility in the finance world IRL. 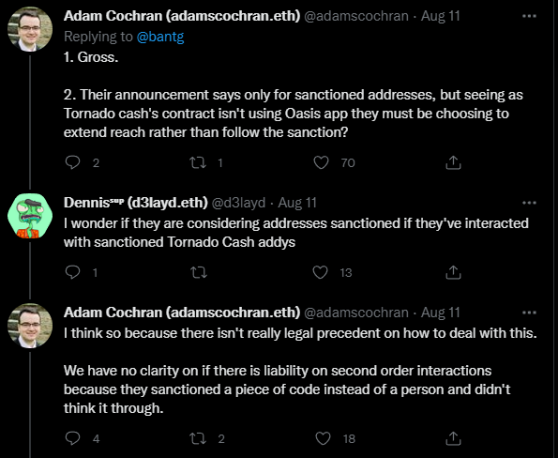 This loose and inaccurate framework for dealing with sanctions, in addition to there being zero warning and minimal explanation, this may feel like a rug pull to those affected who are honest actors.

Well, at least the [email protected] email is being given out for those who feel they've been wrongly affected. What does that say about those who don't reach out to support? They've been rightly affected :) . What do you guys think?

and give @MindfulDegens a follow you can catch the space every weekday morning 7:30 pacific standard. An increasing amount of my content is derived from the topics posted in this space.