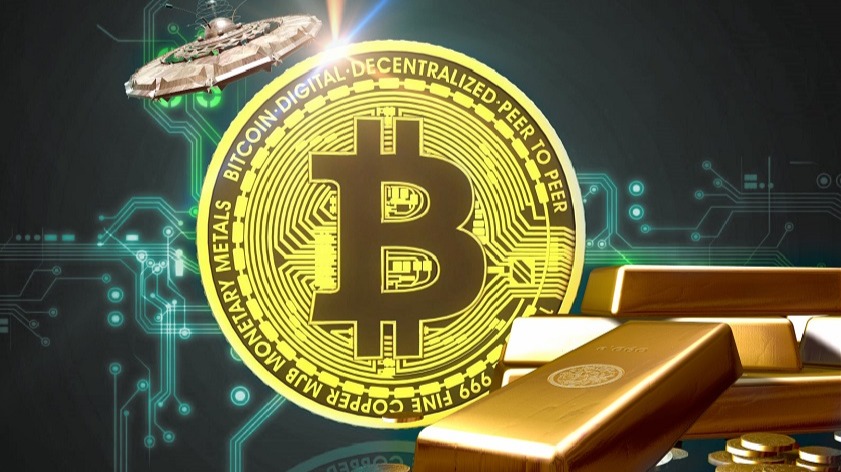 The fiercest conflicts often occur between groups who are most similar. The rivalry between bitcoin enthusiasts and goldbugs in no exception. Both camps find a common enemy in inflationary banknotes, yet ceaselessly squabble over which asset is a better store of value. Gold relies heavily upon its classification as a precious metal, its use an early currency, and the historical legacy of the gold standard. Cryptocurrency focuses on the future, framing itself as the inevitable inheritor of a world where digital finances will dominate outdated dollars and ducats.

Investment guru Peter Schiff recently released his video debate with Anthony Pompliano over the comparative features of gold and bitcoin. Schiff pulled no punches during the show, declaring bitcoin a niche market of small players, a pyramid scheme, and useless to extraterrestrials.

Schiff also fired subtle shots at hodl-ers, saying “I wouldn’t be able to do anything with my Bitcoin except hold on to it to give it to a greater fool.”

Anthony Pompliano largely responded by citing favorable market statistics about bitcoin and oddly asserting that “gold has an infinite supply”.

While the conversation remained amicable, bitcoin took a drubbing for much of the hour and forty-minute discussion. One problem Pompliano faced during the exchange was fighting his battle on the wrong philosophical terrain. Bitcoin, as is often the case in these arguments, was roundly criticized for not being gold. Specifically, bitcoin was denounced for not possessing intrinsic value or having use cases like creating jewelry and circuit boards to drive its demand. Bitcoin also has no record of serving as the basis for a national economy, something gold has done many times. All of these claims are true, which is why it is a mistake to promote bitcoin by arguing against the strengths of gold.

A better approach for explaining the value of bitcoin is to focus on how its flexibility and utility exceeds that of gold. For example:

There are a number of good things to say about gold, but none of them diminish the value provided by bitcoin. Gold cannot bring digital banking and financial services to remote and repressed communities. Gold cannot be transferred between opposite sides of the world in minutes, by parties using completely transparent bookkeeping. For all the guff goldbugs give crypto about not being real, national governments have never successfully confiscated their citizen’s bitcoins. The same cannot be said for citizen’s gold.

Ultimately people investing in gold and bitcoin are wisely hedging their risk against inflationary fiat currency. As with all financial decisions, each investor must pick the asset that best serves their goals. In these inflationary times both gold and bitcoin offer unique economic opportunities and protections to their patrons … at least to terrestrial ones.