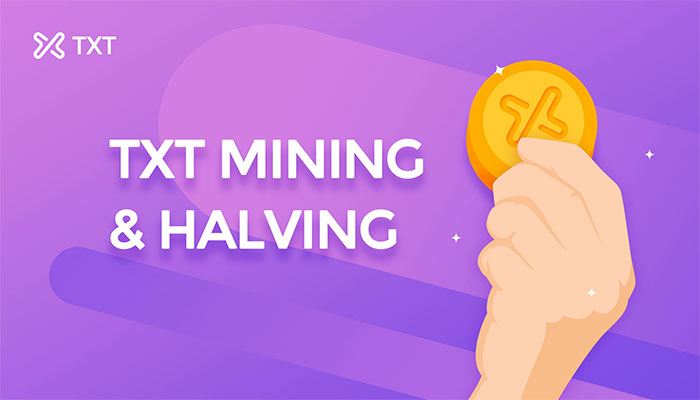 The value of cryptocurrency is defined by three things — decentralization, demand, and scarcity. Trust Platform’s TXT token, like Bitcoin, incorporates a halving mechanism that increases TXT value while rewarding players — but how does it work?

TXT performs a range of different functions on Trust Platform, such as allowing users to stake their TXT in order to share platform profit. One of the most interesting functions of TXT, however, is the way in which TXT is mined.

Unlike Proof of Work cryptocurrencies like Bitcoin, you don’t need expensive and powerful dedicated mining hardware to mine TXT. Trust Platform players are able to mine TXT through the Trust Platform Wage-to-Mine process, which distributes TXT to players.

We’ll proceed to break down what TXT is, how TXT mining works, and how TXT is distributed to Trust Platform players. 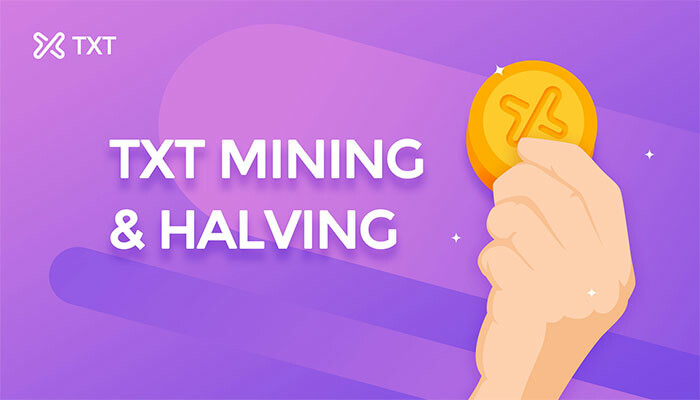 TXT, or TRUST, is the dedicated cryptocurrency token created specifically for the Trust Platform. TXT was made available to early Trust Platform supporters during the Trust token sale — 10 percent of the 5 billion TXT total was sold in initial crowd sale stages, with a further 40 percent reserved for strategic partners, team incentives, and bounties.

The remaining 250 billion TXT, however, is reserved solely for distribution though the Trust Wage-to-Mine model. Users that mine TXT are able to wager their TXT on games via Trust Platform, or participate in the TXT staking model in order to share Trust Platform profits or increase their winning bonuses.

TXT can also be used to participate in the Trust Platform community governance system. Users that hold TXT are able to impact the growth path of Trust Platform or deposit TXT to earn interest in Trust Bank.

Trust Platform’s Wage-to-Mine model rewards users that play games on Trust Platform with a variable amount of mining power. The mining power of a player is determined by a variety of different factors, which include the amount a player wagers in a game and other platform contributions.

How is Mining Power Determined?

The mining rate of other cryptocurrencies is determined by the exchange rate of the specific cryptocurrency to EOS and is updated on a daily basis.

If you’re not familiar with “halving” — halving functions as a method of reducing the total amount of cryptocurrency tokens issued by a blockchain network. The Bitcoin network rewards Bitcoin miners with a specific amount of Bitcoin every 210,000 blocks — this occurs roughly every four years.

By limiting the total amount of Bitcoin that will ever exist and halving the rewards distributed to Bitcoin miners, the Bitcoin network is deflationary, as opposed to the inflationary nature of fiat currencies. This mechanism has helped Bitcoin skyrocket from early prices of a fraction of a cent to tens of thousands of dollars.

Trust Platform has incorporated a similar model in the way TXT is distributed in order to limit inflation and nurture the price of TXT tokens. Rather than wait four years between halving, however, TXT distribution via the Wage-to-Mine model is set at 250 days.

The next halving, representing the period covering the 250th to the 500th day of operation, will make 625 million TXT available to Trust Platform miners through the Wage-to-Mine model, representing 12.5% of the total supply. The next TXT halving is scheduled to occur on the 5th of August.

How Does TXT Distribution Work?

The total amount of TXT to be mined in a particular day can be viewed via the Trust Platform TXT mining dashboard. Distribution is calculated based on the total number of mining players and their mining power.

How Does TXT Halving Benefit You?

The Trust Platform Wage-to-Mine model is designed to reward players, as well as provide them with the ability to participate in Trust Platform governance or stake TXT for greater profits. The unique economic model used to distribute TXT provides dedicated players with greater rewards, while ensuring that all players are rewarded for participating in the Trust Platform gaming ecosystem.

The greatest benefit of the TXT halving model, however, is the manner in which it slowly increases the value of the TXT token. By decreasing supply, the Trust Platform Wage-to-Mine model creates a token economic system in which TXT value increases over time — providing players with bigger wins over the long term simply by playing games on Trust Platform.

If you’re interested in participating in TXT mining or staking TXT to increase your bonuses, try Trust Dice or Crash on Trust Platform today!