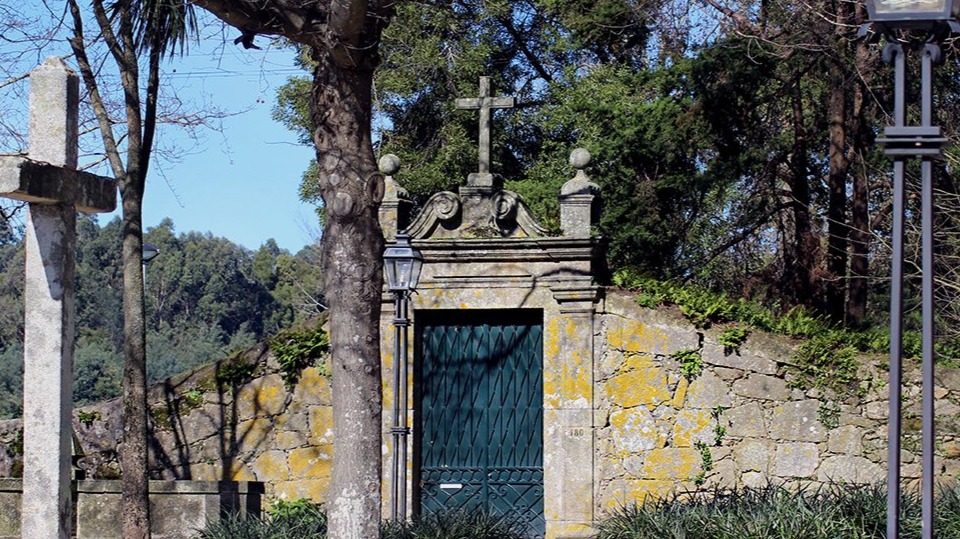 Portugal, land of churches, monasteries, castles and cathedrals that still today mark the antiquity and historical importance of this people.
Some of these monuments are well known and receive thousands of daily visits, but there are others that, despite their historical importance, are in little-known places, which are not part of tourist routes and end up being visited only by the locals.
Today we are going to visit the Monastery of Divino Salvador de Moreira, or as it is unofficially known, the Cathedral of the lands of Maia. This Monastery is located in a small land called Moreira in the municipality of Maia, very close to the Airport and oddly enough, although we receive many tourists in our country who come here to know the culture and this type of architecture, despite disembarking close by, I never saw any tourist around here, by the way, outside the airport I only see them looking for the nearest Rent a car to get in the car and disappear from there towards Porto very certainly, and I am honest to you, for me it was the first time i visited, not having done it before due to ignorance of its existence. This only proves that there are not many articles to report on the existence of this Monastery, or they simply do not want to be found.
The place is sheltered, welcoming and very peaceful, despite being very close to a main road through which thousands of cars pass per day due to the industrial areas that exist in the surrounding area. The Monastery was founded in the year 832 and transferred to this place in 1060, having been the most important Monastery of the Order of Canons Regrantes of Santo Agostinho in the year of 1565, preceding all other Monasteries in importance and antiquity in the bishopric of Porto. The design of the monastery is of unknown origin, presenting characteristics typical of the Portuguese northwestern architecture of the second half of the 16th century in a Renaissance and Mannerist style, with a facade characterized by the dark and austere tones conferred by granite.
The complex consists of the Church, the Convent and a Farm, totaling an area of ​​over 10,000 m², and inside, in addition to the relic that is perhaps the most precious object kept here, there is also an amazing 45-baroque-style organ from 1701 built by Arp Schnitger, considered by many to be the most influential organ builder in Germany, unfortunately everything was closed and it was only possible to glimpse the interior through the bars. With the extinction of religious orders in 1834, the Monastery was separated from the Church and sold to private personalities, some of whom were part of an academic movement that came to revolutionize various dimensions of Portuguese culture, from politics to literature, having boosted the introduction of the realism in Portuguese culture, and it was at Mosteiro Farm that Antero de Quental, Eça de Queiroz, Oliveira Martins, Ramalho Ortigão, among other young intellectuals met to exchange ideas, books and ways to renew Portuguese political and cultural life.
Mosteiro Farm or as we call it "Quinta do Mosteiro" is even referred by Eça de Queirós as "Quinta de Refaldes" in his work The Correspondence of Fradique Mendes, who would imagine that in a place like this, so many important figures in the history of this country would have been found. It is also in this Monastery that a fragment of the Cross of Christ that has been brought by the Crusaders, known as the relic of Santo Lenho de Moreira, has been kept since 1085 and to which several miracles are attributed.
The Monastery has been classified as a Monument of Public Interest since 2012. Obs. this article was initially published on Hive blockchain and the timeline is not correct at the time of this publication..