Interested in earning cryptocurrency for publishing and reading articles? I also blog over at Publish0x!**
Ready to invest in crypto? Coinbase is a good place to start. Sign up using this link***, buy or sell $100 or more of crypto, and you’ll receive $10 worth of free Bitcoin.

After a strong October, 2019 ended with two straight bloody months, each of the 2019 Top Ten cryptos finishing in the red.

Additionally, the portfolio has fallen well behind the stock market as measured by the S&P 500 (see below).

Ranking and December Winners and Losers 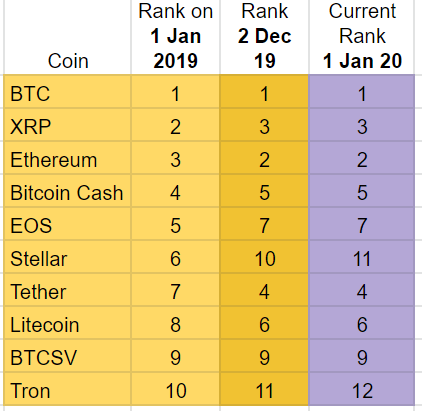 Very little movement in December, with most of the cryptos glued to their positions. Only Stellar and Tron budged, each slipping one place to #11 and #12, respectively. 2019 has been a remarkably static year in terms of Top Ten positioning: most of the coins stuck close to their starting place. This is certainly not the case in the 2018 Top Ten Experiment where coins have fallen and fallen hard.

December Winners – Tether, again. As always, when Tether is the best performer it signals a not great month for this portfolio. While not the nightmare it could have been, Tether won the majority of the months in 2019, as you can see in the chart below. Bitcoin finished in second place, down -2% in December.

December Losers – In addition to dropping out of the Top Ten, Stellar lost about one-fifth of its value followed by Tron which was down -15%.

For those keeping score, here is the 2019 year end tally of which coins had the most monthly wins and losses:  Tether had twice as many wins as Bitcoin and BTCSV, which finished tied for second place.  Bitcoin SV also finished the most monthly losses, finishing last in four months in 2019. 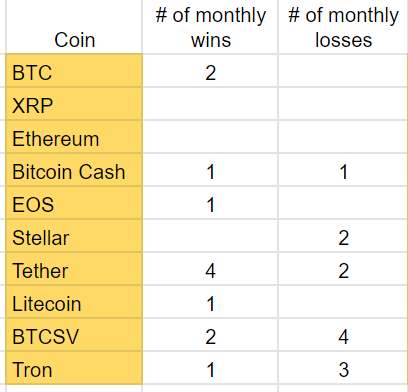 FINAL YEAR END RESULTS after tracking this group for 2019: Bitcoin far ahead, followed by Litecoin, and Bitcoin Cash. Stellar and Ripple at the bottom.

Let’s start with the winners: Bitcoin is up +89% and single-handedly prevented the entire 2019 Top Ten portfolio from finishing in the red (just barely). Bitcoin carved out a healthy lead in 2019: it is well ahead of second place Litecoin (+34%) and third place Bitcoin Cash (+22%).

Many others ended 2019 flat or nearly flat. BTCSV, EOS, Ethereum, and of course Tether all finished the year close to where they started.

2019 also saw Tron and Stellar booted out of the Top Ten, replaced by Binance Coin and Tezos.

Quite the fall from grace for Stellar, which was the champion of the 2018 Top Ten Crypto Experiment.

Even though the year ended in a downward trend, the crypto market overall has had an undeniably positive year.

Bitcoin dominance ticked back up in December and ends 2019 at 68%, a level not seen since September 2019. The range since the beginning of the year has been between a low of 50% in March and a high of 70% in September. The 70% figure in September also marks the Bitcoin dominance high since I started the experiment back in January 2018. The lowest level was 33% way back in February 2018.

The humble +2% gain of the 2019 Top Ten portfolio is dwarfed by the overall crypto market’s +49% gain and Bitcoin’s +89% gain. As mentioned earlier, the value of this group of coins was dragged down by the four flat cryptos and the three that finished deep in the red.

Here’s what the 2019 Ten Ten portfolio has returned throughout the year:

Congratulations to Bitcoin which significantly outperformed the rest of the field to end the first year of the 2019 Top Ten experiment on top. Litecoin and Bitcoin Cash deserve honorable mentions as well, finishing in second and third places.

Bitcoin also came out on top after the first two years of the 2018 Top Ten Index Fund Experiment.

Unlike the 2018 Top Ten, there were examples of months in 2019 where holding this Top Ten group cryptos outperformed the overall market. This is surprising, as this has not been the case with the other group: for each of the first twenty-four months of the 2018 experiment, the strategy of solely holding the Top Ten Cryptos was a losing approach.

That said, the year end difference between a +2% gain with the Top Ten approach vs. the +67% gain for the market overall of course implies that I would have done a lot better if I’d picked different cryptos. Or just stuck with Bitcoin and its +89% gain.

In retrospect, it seems an easy/obvious choice, as choices normally do when looking backward. But by tracking the progress of these experiments monthly, I’m able to report another obvious point: crypto is a highly dynamic market. Stellar was the best performer of 2018, for example. And Litecoin looked like it was the crypto to beat for much of 2019, up +300% at the mid-year point.

I’m also tracking the S&P 500 as part of my experiment to have a comparison point with other popular investments options. The S&P 500 is now up +29% since the beginning of 2019. My initial $1k investment into crypto would have yielded about +$290 had it been redirected to the S&P. 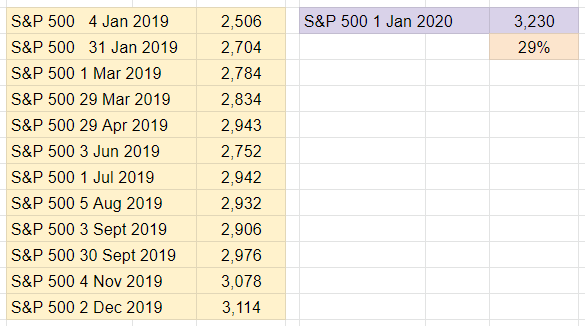 Although the 2019 Top Ten ended the December fairly flat, the overall market and Bitcoin in particular had a very strong year. The year is staring off with a bang, the market is up, the halvening approaches, and current sentiment towards crypto seems positive – 2020 will no doubt be another interesting year for cryptocurrency.

Thanks and Future of the Experiments:

Thanks for reading and for supporting the experiment(s). I hope you’ve found them helpful. I continue to be committed to seeing this process through and reporting along the way. Feel free to reach out with any questions and stay tuned for progress reports. If you’re interested in the 2018 Top Ten Index Fund Experiment, you can check it out here.

As for the future of the experiment: 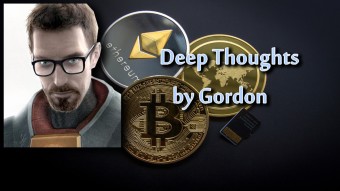 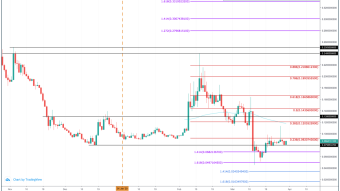 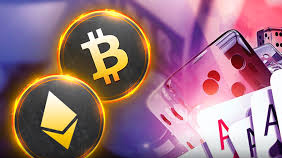