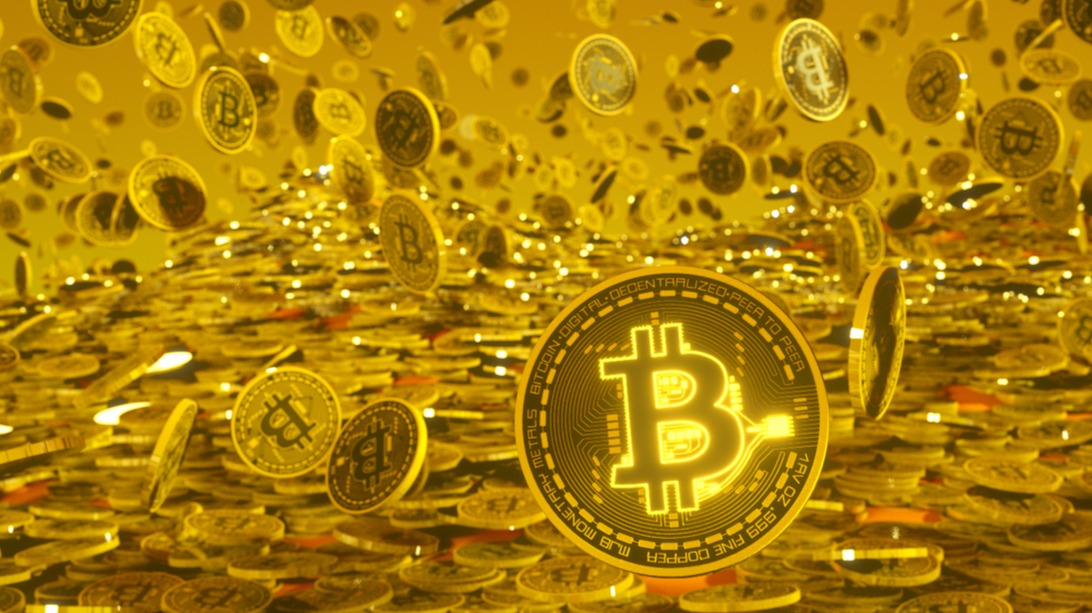 Their dramatic shift in allocating funds certainly warrants more attention as both entities are well-placed to judge not just the mood of the national and global currency markets but also its shifting dynamics.

Berkshire Hathaway is an American multinational conglomerate holding company headquartered in Omaha, Nebraska with total assets of around $700 billion under the leadership of legendary investor Warren Buffet.

Buffet is known for being no friend of cryptocurrencies and until recently was even a vocal opponent of any alternative asset class to the USD, going as far as ridiculing gold in 2019 by stating "The magical metal was no match for the American mettle."

Buffet has an interesting history with precious metals, but his public distain for gold came to an abrupt halt this month when Berkshire Hathaway staked around $564 million on buying 20.9 million shares in mining company Barrick Gold.

Once the news hit mainstream media, well-known gold bugs such as Peter Schiff rejoiced in the news.

Schiff also mentioned Buffet's move away from bank stocks, reinforcing the view that by going with gold, Berkshire Hathaway are hedging against major problems evident in the banking system.

Not as well known as Buffet or as large as Berkshire Hathaway, MicroStrategy are still a company to be reckoned with.

They are the largest publicly traded business intelligence company in the world and listed on the US NASDAQ Stock Exchange under the ticker MSTR.

MicroStrategy provide business intelligence data to companies such as McDonald's via software that incorporates an embedded analytics system which uses augmented intelligence and machine learning technology.

Incidentally, in 2000, MicroStrategy had a run in with the Securities and Exchange Commission (SEC) that resulted in a hefty fine despite the company admitting no wrong doing. (Twenty years is a long time in business of course and I only mention it as the SEC's chase and fine manoeuvre has become such common place in the cryptocurrency space).

This month, MicroStrategy took the decision to transfer their financial reserves out of the US Dollar and into an alternative asset.

They chose to place their faith in Bitcoin.

Michael J. Saylor, CEO of MicroStrategy Incorporated, underlined the "unprecedented government financial stimulus measures including quantitative easing adopted around the world, and global political and economic uncertainty..." that led to the purchase of Bitcoin.

He also said, the "...investment reflects our belief that Bitcoin, as the world’s most widely-adopted cryptocurrency, is a dependable store of value and an attractive investment asset with more long-term appreciation potential than holding cash. Since its inception over a decade ago, Bitcoin has emerged as a significant addition to the global financial system, with characteristics that are useful to both individuals and institutions. MicroStrategy has recognized Bitcoin as a legitimate investment asset that can be superior to cash and accordingly has made Bitcoin the principal holding in its treasury reserve strategy.”

For most of the general public, both of the above investments will pass by unseen.

To be fair, they have other things on their mind - whether that is by design or circumstance is best debated elsewhere - but even if they had the chance to digest the news would they be able to join the dots?

For any of us to do so, it is worth focusing on the two individuals who have just staked their reputations on 'unusual' allocations of wealth.

1) Buffet, a man who previously, in public at least, was so supportive of the fiat currency that he believed even considering an alternative was a sign of fear. For Buffet to do an abrupt U-turn on long voiced opinions something fundamental has changed.

2) A CEO at a business intelligence company whose whole company depends on accurately guiding multinational companies investment and business strategies. Perhaps the MicroStrategy CEO has a pair of steel cojones and an appetite for risk... or perhaps he just has really insightful business intelligence and can see where this monetary path leads.

With gold reaching all-time highs against all currencies, it is reasonable to deduce that fiat currencies are losing value.

By taking such large positions in alternative assets, both companies are signalling major distress is occurring in the old world of finance but is this enough to consider the end of our current monetary system?

If true, then which currency will collapse in this scenario?

All of them, but focus is surely on the world's reserve currency, the US Federal Reserve Note, more commonly known as the US Dollar (USD).

How big a collapse are we talking here?

Well, judging by the actions of the two parties, one seems to believe it will be a partial affair while the other is looking at something far more cataclysmic.

Buffet, by buying paper certificates in a gold mining company and not the actual hard physical metal itself, appears to be signalling the system we currently have will survive any transition even if that involves a rebalancing of currencies.

Saylor, by going all in on BTC, has taken a more extreme action and bet his future - and his company's - on something more profound taking place.