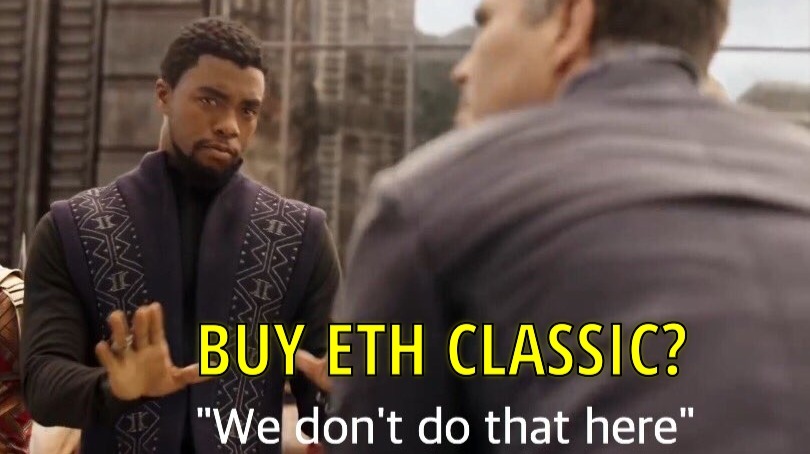 Have  you heard of Ethereum Classic? 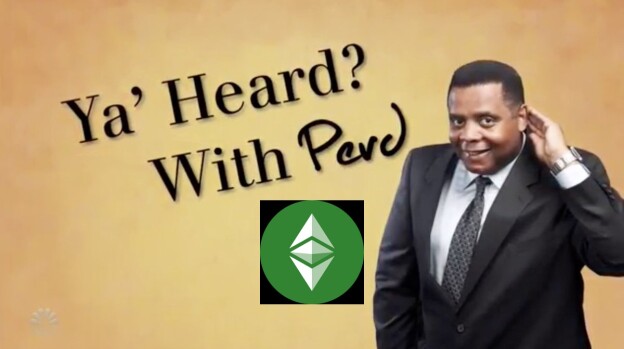 If you don't, here is a quick rundown. Ethereum Classic was formed in 2016, as a result of a hack of the  ETH-network. The original Ethereum blockchain was split in two with Ethereum Classic being the original and Ethereum being the newer blockchain. The core developers, including the founder Vitalik, went on and developed the new chain, and now when one talks about Ethereum they're referring to the new chain with the ticker ETH.

Those who remained with the original chain (ETC) - a small community - was ideologically opposed to any change imposed on the Blockchain, since they argued that its nature should be immutable (not prone to change).

Now that we have an idea what this project is about, and what are the differences with ETH, let's check it's price: 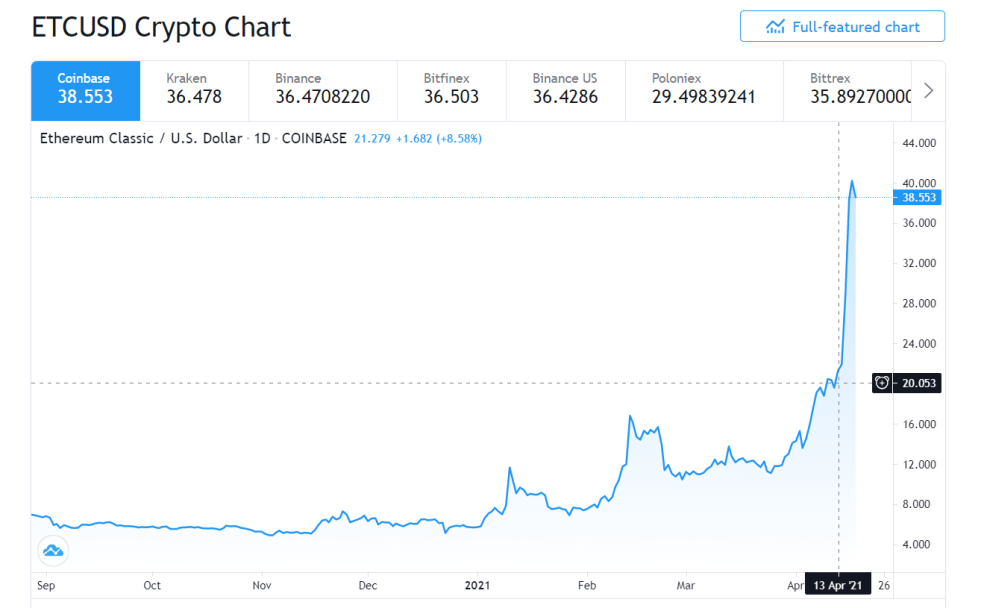 In this chart we see that the price of ETH Classic coin has almost doubled in space of the week, and has grown even more if we consider this whole month. Why is this important? We will get there in a moment, but first, let's check the next major updates to this project:

Nothing, nada. Ok, let's check github activity by the team:

While not as bad as on crypto-calendar, we can see  that there is little-to-no activity here as well, only small and not regular commits.

So, what do we have. We have a small team, a project that is basically a cheap version of ETH, with no future updates on horizon and it's price nearly doubled in a space of the week. You can see everywhere people saying that you have to do your research before investing, and this is a perfect example why. In a bull-run nearly everything rises, even if it's a scam or a joke (hello, doge) or a dead project. But, if the project is healthy, has use-cases and a dedicated team behind it - after a rise there will be a correction, not a complete dump. So do your research and stay safe! As always, thanks for the read!