Today in History: Birth of a Korean Nuclear Power

October 9, 2006: The Korean Peninsula was shook by a small nuclear explosion which represented the culmination of decades’ worth of nuclear research. North Korea had successfully ignited a nuclear device within the Punggye-ri Nuclear Test Site. The fallout of North Korea becoming a nuclear power is still being felt today as countries such as the United States and South Korea try to negotiate for denuclearization. 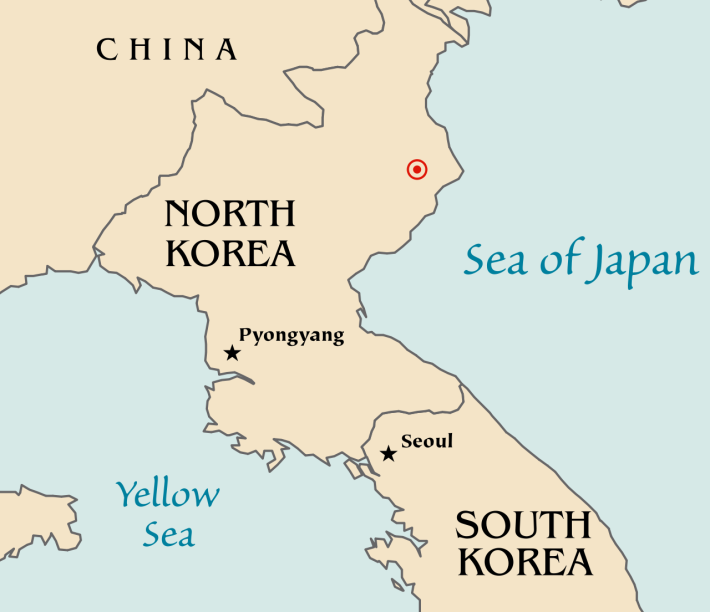 The initial test on October 9, 2006 had a low blast yield of between 1-4 kilotons of TNT. The small explosion raised questions about the success of the test and whether a true nuclear detonation had occurred, a common theme present in future nuclear tests as well. Nevertheless, US authorities were able to detect radioactive isotopes of Xenon in the atmosphere over, which indicated an at least partially successful nuclear explosion had occurred in North Korea. Debate continues on whether this event was a successful nuclear test or a nuclear fizzle, where blast yield is significantly lower than expectations.

Despite the turbulent pursuit of nuclear weapons in North Korea, the country has taken steps in recent year to at least give the appearance of denuclearization. In 2018, Punggye-ri Nuclear Test Site was officially decommissioned, amongst other nuclear facilities through the country. This actions, taken in agreement with South Korea and the US, were designed to help reduce tensions within the region. North Korea’s last nuclear test was in 2017, although the country continues to develop short and medium-range ballistic missiles.

A political aficionado focusing on recent events and policy proposals. Analyzing politics from a historical and society viewpoint. A firm believer in Hobbesian Social Contract theory.

Taking a look at how our world was shaped, one day at a time.