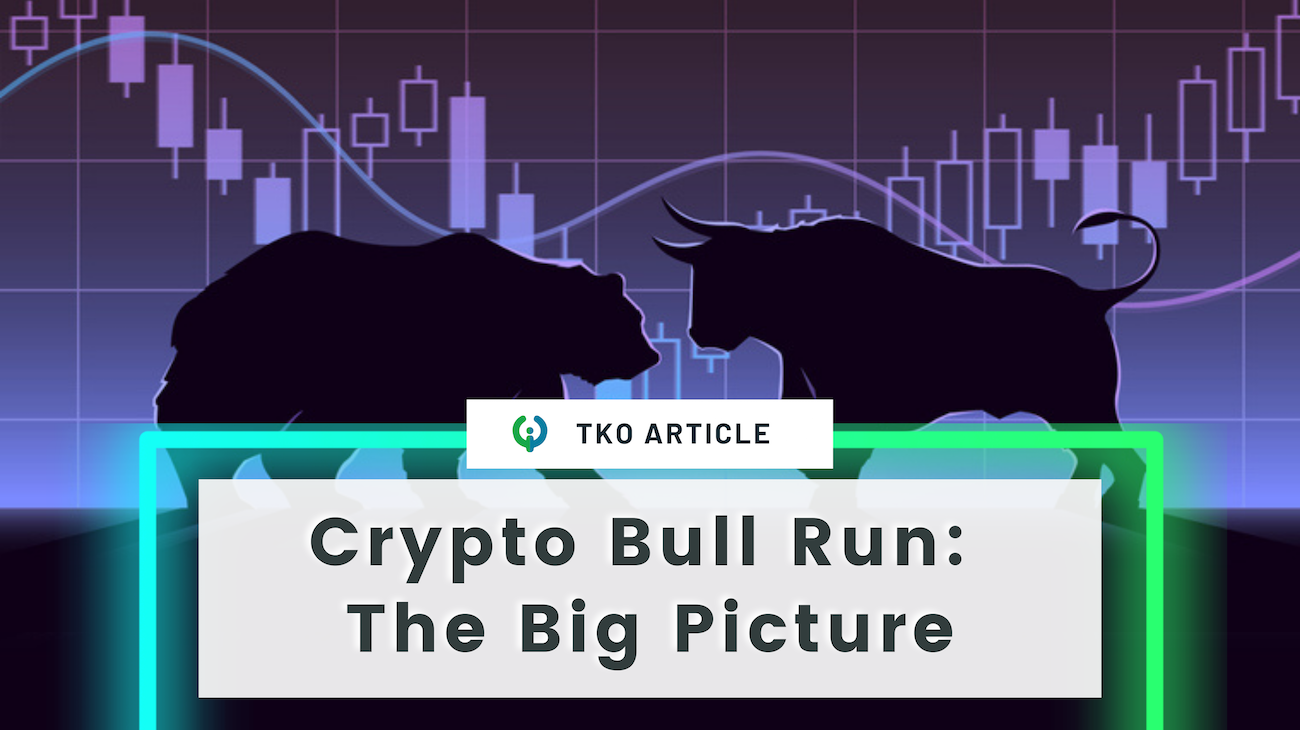 Like any form of financial investment, the crypto market is bound to have its fair share of ups and downs. The thing about the crypto market which makes it stand out from other investment markets however, is its tendency for volatility whereby leading the way for the market in this regard is none other than the legendary cryptocurrency that is Bitcoin though if historical lessons are anything to go by, Bitcoin has always bounced back from its crashes, regardless of how big or small they are. After the price of Bitcoin fell by 7.34% during the course of September 2021 no thanks to the Bitcoin September Curse, it has gone on a rampaging bull run during which the price of the flagship cryptocurrency has increased by more than 50% todate to reach USD65,000+ as of 20 October 2021 surpassing its previous all-time high of USD64,800 recorded back in April 2021,

In this regard, a key development which has spurred the recent spike in the price of Bitcoin is the U.S Securities Exchange Commission (SEC)’s approval of the first Bitcoin futures exchange traded fund (ETF) offered by ProShares which began trading on 19 October 2021 with talks of there being 3 more of such Bitcoin ETFs to be added to Wall Street by the end of the month. In line with the rising Bitcoin tide, the total market capitalization of Altcoins has risen by about USD300+ billion over the course of the last 30 days which confirms that the crypto market has set off on a bull run.

Crypto Market: Through the Seasons

Given the current booming crypto market, it is hard to believe that just a few months ago it seemed to be all doom and gloom with the market having entered into a bearish state with talks of a crypto winter looming on the horizon. Turning back the clock to May 2021, the crypto market suffered its worst pullback in history whereby USD500 billion worth of market capitalization was wiped off in a flash. A month later there were more ominous signs that the crypto market is in trouble whereby on 21 June 2021, Ethereum, the second biggest cryptocurrency by market capitalization fell by 12.5% in a mere 24 hours and nearly 24% over the course of the following week . Even Dogecoin which started out as a joke coin but eventually grew into a buoyant meme cryptocurrency was not spared as it lost 33% of its value over the course of the same 24 hours. On the very same day, Bitcoin’s 50-day moving average dropped below its 200-day moving average resulting in the appearance of the Bitcoin death cross.

Fast forward to the present moment, the crypto market has in the span of 4–5 months transformed from a bubble which was looking as if it was going to burst to a promising digital goldmine worth in excess of USD2.5 trillion. With the benefit of hindsight, it can be surmised that a few months ago the crypto market was merely correcting itself whereby after having bottomed itself out, the market was done with its corrections and got going again. In many ways, the changes of the crypto market are not unlike the four seasons of the year. Herein lies the main disadvantage of speculative investments based on nothing more than market sentiments because regardless of the prevalent market conditions, the fundamentals of a token stay more or less the same, particularly so for tokens such as Toko Token (TKO) which is constantly focussed on building additional functional use cases to shore up its foundation.

TKO: A Cryptocurrency for All Seasons

At this juncture of its development, the crypto market is very much still in a state of discovery, hence the market’s seemingly never-ending seasonic cycles of rise and fall. When it comes to TKO, Tokocrypto has right from the get-go devised the token as a long term project whereby the effects on the ups and downs of the crypto market are merely passing phases much like the weather which sooner or later will change into something else. Accordingly, Tokocrypto’s recommended plan of action for TKO holders has been clear from the outset which is to buy and HODL TKO for the long term as the potential for TKO would take time to come to fruition as Tokocrypto forges ahead in our quest to develop more functional use cases for TKO to bring to life it’s full potential as part of our efforts to maximize the capital growth prospects of the token for the benefit of its holders.

The upside of TKO’s strong fundamentals is that the effects of the fluctuations in terms of the general conditions of the crypto market on the token tend to be minimal in nature. Nonetheless, as TKO does not exist in a vacuum but instead is in one way or another connected with the rest of the crypto ecosystem, the token is certainly not totally immune to the fluctuations in the crypto market. Irrespective of the prevalent crypto market conditions, TKO investors ought to always look at the big picture by keeping in mind the fact that the fundamental potential of TKO as a unique hybrid token which combines the best of both centralized finance (CeFi) and decentralized finance (DeFi) remains pretty much unchanged throughout the ever changing crypto seasons

In sum, any time is a good time to invest in the cryptocurrency for all seasons that is TKO though the current crypto market bull run means that there is no better time to buy and HODL TKO than now.

Did you know that TKO is now available on all these platforms?

Enjoy this article? Join our TKO by Tokocrypto Channels Now!

We post the latest updates on our TokoToken Channels. You also get a chance to discuss with other fellow Tokonauts! What are you waiting for? Join the Community Now!

TKO by Tokocrypto will be the first local Indonesian cryptocurrency project to offer a unique hybrid token model.

Tokocrypto is Indonesia's no. 1 most trusted crypto-assets digital exchange. We are the first entity in Indonesia to be registered under the Trade and Futures Exchange Ministry (BAPPEBTI). Toko Token (TKO) by Tokocrypto, the first local Indonesian Crypto Asset Project to offer a unique hybrid token model - with utilities as tokens for exchange platform, NFT marketplace, CeFi and DeFi. #TKObyTokocrypto