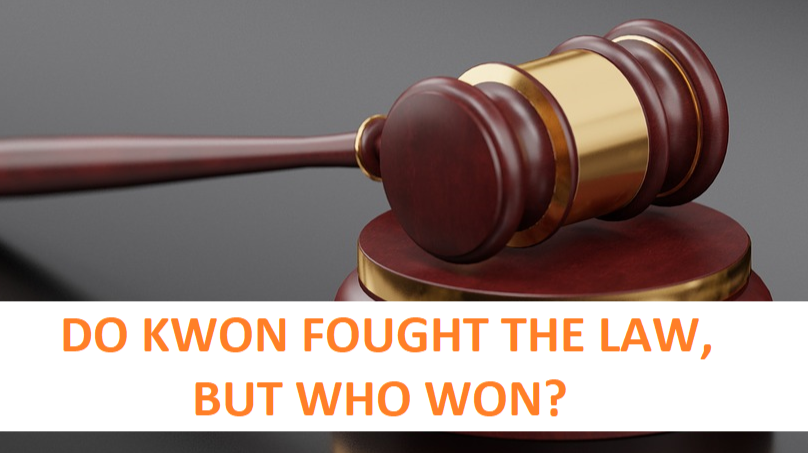 During the time when arguably Do Kwon needs to be as focused as possible. The South Korean newspaper Munhwa Ilbo was told by law firm LKB & Partners that they would file suit against Do Kwan next week.

How will this impact TERRA?

Will the lawsuit impact the TERRA Blockchain? Well, the vote on Do Kwon's proposal can very well reach a quorum and get a majority of yes votes before such a suit gets filed. So as long as the vote outcome is a yes, I do not think it will impact TERRA to any greater extent. On the other hand, if the vote becomes a no. Then Do Kwon has to start spinning that plate as well and try and kill any rival proposal. And at the same time try and rework his own proposal. And that might just be one too many plates.

How would the suit impact Do Kwon? Well according to the article the Capital Markets and Intellectual Property law teams are also preparing an order to seize his property. And that could mean a video variety of things. What do they mean by "property", is crypto included in that list? And if it is, would Do Kwon still be able to cast votes despite his property being seized?

Sadly I am not an expert in either crypto law or South Korean law. It might very well be that such a seizure only would affect things like his house and car. Traditional assets like that. Especially as crypto still is in kind of a grey area for most of the world still. Due to the fact that its wide adoption Is still some way of in the future.

And even if crypto is on the list, Do Kwon's lawyer could very well argue that as the LUNA is approaching $0 in value it could be considered an asset of no financial value and therefore it should be excluded from such seizure. Or they could argue that he still has the right to cast votes using the asset.

The only thing I know for sure is that I bet he wishes that TERRAS Legal team had not up and quit on him a few days ago. =)

If you found this post informative or a good read. Please consider following me, reading some of my other posts or why not do both. You can find them here and here.