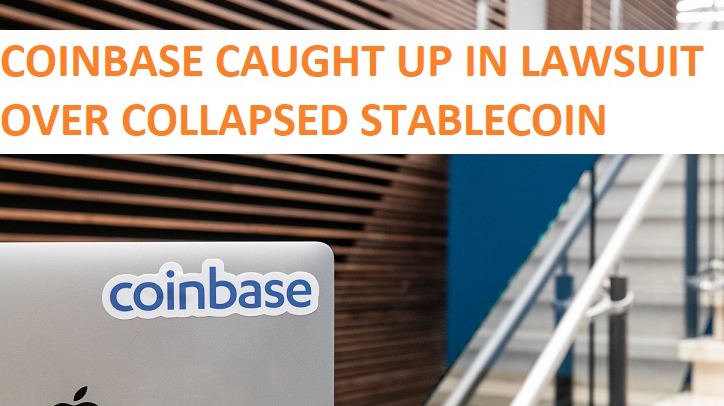 Coinbase Sued Over Collapsed Stablecoin. No not LUNA...

New negative headlines regarding Coinbase. This time Coinbase is being sued over a collapsed Stablecoin. And no, it is not the one everyone is talking about. Our dear LUNA. Instead, it is another Stablecoin called GYEN. This one collapsed late last year. Its collapse did make a few headlines, but it had nowhere near the effect LUNA is having with its collapse. Unlike LUNA, the GYEN was pegged to the Japanese Yen instead of the US dollar.

Why turn to the courts?

The plaintiffs are accusing Coinbase of misleading them regarding the stability of the GYEN. They claim that just as Coinbase started to allow their customers to buy and trade the GYEN it became unstable. The problems then became worse as Coinbase later decided to stop all trade once the GYEN had collapsed. This stopped a lot of people from being able to liquidate their assets. In a lot of cases causing them to loos all of their investment.

Those that read a little bit carefully also noticed that I used the plural with the word plaintiffs. Meaning that this is a class-action suit that is being filed against Coinbase. This means that if they lose and have to pay. The amount they need to pay up is basically X time the number of plaintiffs that are in the class. A class-action suit is a way to simplify things for both the plaintiffs and the defendants. Instead of having to repeat the exact same procedure over and over. They instead lump all the plaintiffs together in what is called a class. They then get treated as one and the same, and everyone gets an equal share, if they win that is.

This also means that there most likely is a lot of money at stake here for Coinbase. One thing is for certain if Coinbase were to loos this case it would mean yet another massive blow to them. And this is just as their stocks are starting to recoup some of the massive fall, that happened just a few days ago. In connection to their Q1 earnings report. If you want to read a little more about their Q1 report you can do so here.

What does the future hold for Coinbase?

I said in my report on the stumble Coinbase took with their Q1 report. That I did not think it is likely that they will have to foreclose. Despite their strange clarification of what would happen to any crypto that was held by the company, if they were to foreclose. Spoilters, if you have any crypto there and they file for bancrupsy. You go to the back of the line and have basically 0 chance to get any of it back.

But this is another stumble for Coinbase. Having a class-action lawsuit filed against them. And if bad things keep happening at this rate. Then, well let us just say crazier things have happened. *looks over at LUNA and UST*

What are your thoughts on the future of Coinbase? Will they be fine, or do they have more skeletons in their closest, ready to come out? Please share your thoughts in the comments. If you have found this post informative or entertaining. Please consider following me, reading some of my other posts or why not do both. You can find them here and here.

My Journey to Financial Freedom - Step 0 + 1