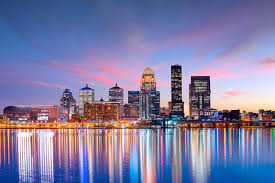 The bright lights of the city shone upon the water like a spray of a million stars. The moon floated aloft, mirrored like a bright gem in the ocean’s reflection. Even from above, it was a thing of beauty, a promise of hopes found and dreams fulfilled.

Etta hadn’t crossed a light years’ worth of space to be haunted by ghosts and blood.

Here, she would make a new life, entirely her own. If there had been something, she’d learned out in the velvet darkness of space, it was to trust none but yourself. She’d busted her ass to be free of the shackles of her past.

The spacecraft landed delicately into the hangar on the tarmac, and she was funneled out of the craft’s hatch. She’d thought of this moment for months, and it still didn’t come close to anything she imagined. It was a place to hide, a sanctuary, but even more than that, it was a new beginning.

Etta had closed the book on everything she’d left behind; it didn’t matter that she was alone. Because she’d made it here, all by herself. Significantly low on cash and down on her luck, sure. But the tides had always turned quickly for her; she knew how to eke a living, regardless of her surroundings.

Eager to lose herself in this unfamiliar environment, she went to retrieve her luggage, a small duffel bag, then headed out of the hangar. Her stomach complained loudly, and her first thought was lodgings. Even with what little she had left; Etta could afford to put herself up in a nice hotel for at least a few days. Surely that would be enough time to find work.

She began to search for a hotel, using her cell phone. Everyone she knew opted for the more invasive tech, implanted in your eyes or your skull. But she didn’t want to be mistaken for a droid. The best thing for her was to lay low for now.

She’d put everything on the line to get to this planet, and she wasn’t about to be dragged back home to be imprisoned again.

Cold, biting stone, manacles cutting at her wrists and ankles, the only sounds the scurrying of the rats and her own harsh, ragged breaths. Moldy bread and brackish water. A bucket in the corner serving as her bathroom, her skin blackened with grit and bruises.

As quickly as the memories had come, they retreated again, back into a place she could not follow. Etta shook herself mentally; if she had a flashback here, it would mean her doom. She’d sought out the planet of Lavara specifically for its isolation. That was, its jurisdiction being far out of reach for the Intergalactic Council and their restrictive rules.

She found a hotel just down the street, making sure to keep her gaze low and not attract attention. This was quite a difficult task, considering so much was going on around Etta. She was in a new place, and she wanted to explore it. After checking in her bags and changing in her room, a modest one with a bed, solar lights, a nightstand, and a book shelf, she set out to find a meal. And then she would really get down to business.

It was high time she’d found a home she felt comfortable in, and Candleon was Lavara’s capital. Etta would fit in here just fine.