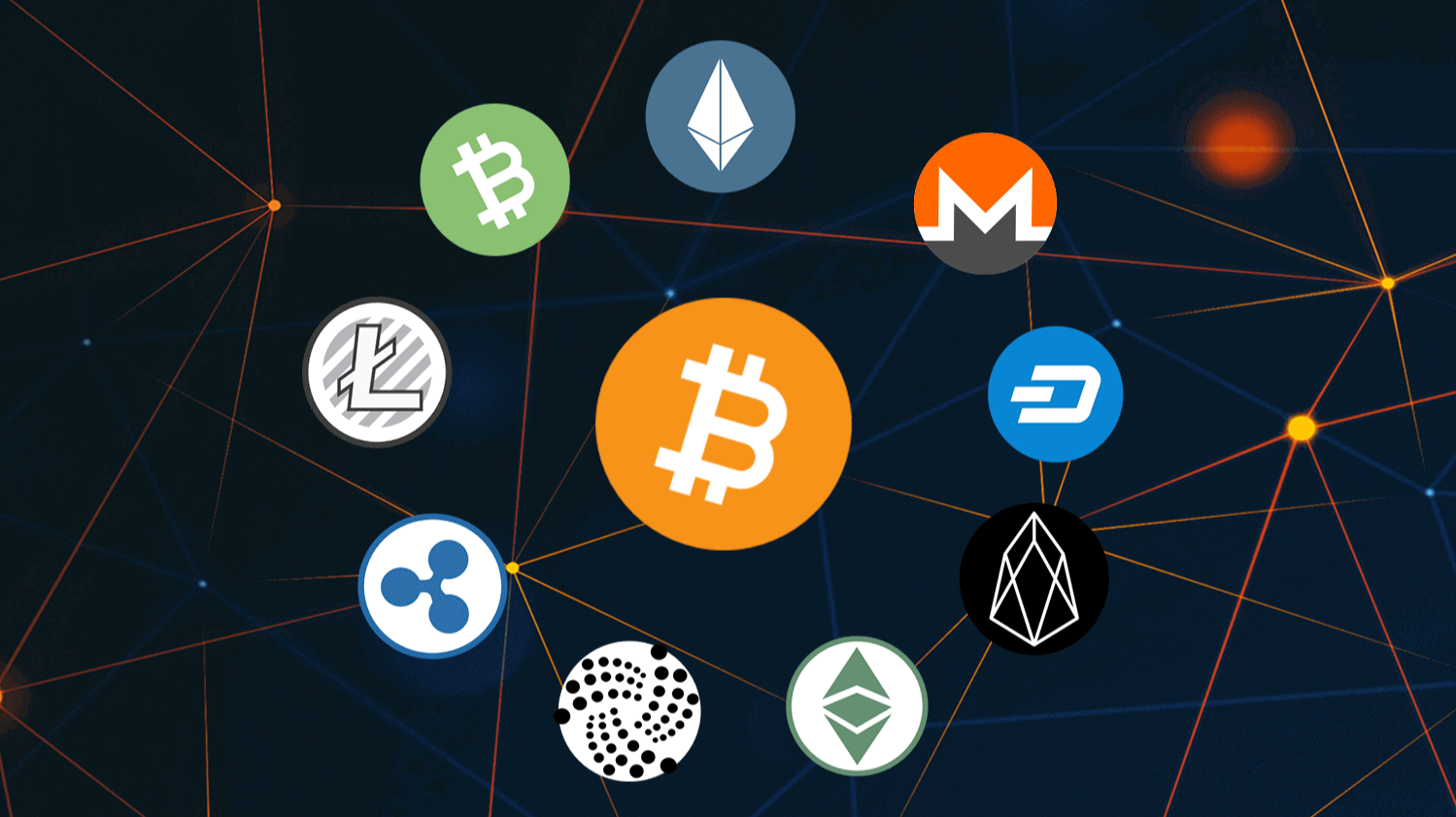 Altcoins, called Alts for short, are non-Bitcoin cryptocurrencies. Alternative Coins is an abbreviation for the term Altcoin. As a result, LiteCoin, Ripple, Dash, and every other non-Bitcoin cryptocurrency are all classified as Altcoins. Why do we need alt coins in the first place, you may wonder? The solution is straightforward. Bitcoin is not without flaws. Typically, Altcoins attempt to build a superior or more distinct clone of Bitcoin. For eg, LiteCoin is an alternative to Bitcoin that confirms transactions more quickly. Dash and Monero are two Altcoins that emphasize anonymity, rendering transactions almost impossible to track. Every Altcoin excels at its own "special thing."

So, how do you choose the Altcoin to invest in? First and foremost, I recommend that you learn everything you can about the Altcoin you're interested in. Check to see how you appreciate what makes it special and how it makes sense to you. Most notably, don't invest in a coin only because of its popularity. A "pump and dump" system is used for a lot of coins out there. This means that the coin's makers create a lot of buzz about a certain coin in order to entice consumers to believe in it and inflate its value. When the coin's value rises, the makers benefit from selling all of their coins for a profit, causing the price to plummet. As a result, the vast majority of buyers are left with a pile of worthless coins and no one to sell them to.

You should also check at the coin's market capitalization. This will give you an example of how well the group has reacted to this coin. I would also recommend participating in the coin's community. Most big coins have an official website, a Facebook page, and other areas where you can ask basic questions to the coin's creators. A strong community is a key factor in a coin's growth.

What is an ICO?

Initial Coin Offering (ICO) is an acronym for "Initial Coin Offering." The phrase comes from the conventional financial term IPO, which stands for Initial Public Offering. The listing of a new business on a stock exchange, also known as going public, is referred to as an IPO. An IPO is a public offering in which a corporation sells shares in order to raise funds from the general public. In the other hand, initial coin offerings (ICOs) are used to raise funds for a new purpose by selling coins, commonly known as tokens. The basic principle is that if you think the project can succeed, you should buy the tokens that power it at a discount in advance and then sell them at a profit until the project is successful.

A White Paper is created when a cryptocurrency corporation wishes to start a new project with an ICO. The White Paper is a text that explains what the project is like, what needs it will address, how much funding it will need, and how long the project's ICO will last.

The public will begin participating in the ICO after it has been set up by sending money to the project and collecting project tokens or coins in exchange. If the funds collected by the ICO do not exceed the white paper's minimum requirements, the money is returned to the sponsors, and the ICO is considered a success. If the funding conditions are fulfilled by the deadline, the founding team will get to work on bringing the project to life from the funds raised. To summarize, ICOs are similar to Kickstarter for cryptocurrency ventures. The presale of Ethereum tokens, also known as ETH, in mid-2014 was the best example of an extremely profitable ICO; one Ether coin, also known as ETH, sold for around 40 cents. More and more ventures are attempting to replicate the popularity of Ethereum's ICO. If you bought $100 worth of ETH back then, you will have the equivalent of $572,000 today.

Since ICOs are run on the Ethereum blockchain, you'll need to purchase the Ethereum token known as Ether in order to participate. The recent high amount of ICOs caused Ethereum's price to skyrocket, and the Ethereum network to become overburdened. As a result, trades were postponed or unsuccessful, resulting in the suspension of Ethereum trading on many exchanges as well as issues with ICO financing.

The DAO is the worst case of a failed ICO. The DAO project, which stands for Decentralized Autonomous Organization, was able to collect $150 million in Ethereum. However, owing to a loophole in Ethereum's code, a programmer was able to drain a third of the funds collected soon after the ICO finished. This situation, as well as differing viewpoints about how to deal with it, caused the Ethereum network to fracture, resulting in the emergence of both the Ethereum and Ethereum Classic Altcoins.

As any other financial instrument with the potential for great gain, there is also the potential for great risk, and ICOs are no exception. ICOs can be viewed as high-risk investments in a cryptocurrency startup. Many investors today invest in ICOs because they want to make a fast return rather than because they believe in the project. As a result, a general buzz is created prior to the project's launch. However, as the hype dies, idea developers and early backers try to get their money back, so they begin selling large quantities of the coin. This may result in a significant price decline.

Another factor to remember is that the bar for launching an ICO today is relatively low, while an IPO needs a lot of compliance. ICOs avoid this lengthy process entirely by collecting funds only in bitcoin, which is now unregulated. If you want to launch an initial coin offering (ICO)? Simply create a new website detailing your vision, create a digital asset, enlist the help of a crypto star to promote it, and sell the project's assets to people all over the internet. You don't really need a functioning product to participate. These low entry barriers result in a flood of low-quality proposals that will never see the light of day. This may be because the creators lack the necessary expertise to carry out the project or because the ICO is a complete fraud to begin with.

As you would expect, this is a con artist's dream come true, requiring so little time and resources. They will get a large number of individuals to give them money without exposing themselves to legal risk or responsibility. One developer went so far as to build a website named "Useless Ethereum Token" to highlight the absurdity of how much "dumb" money is spending on ICOs. The website states: “you're literally giving your money to someone on the internet and getting completely useless tokens in return. There are no White Papers, no products and no experts. It's just you, me and your hard-earned Ether and my shopping list”. Surprisingly, even the "Useless Ethereum Token" project was able to raise more than $60,000.

In certain situations, you can lose money in an ICO due to hacker fraud rather than a planned scam. Not long ago, for example, a hacker gained access to an ICO website and changed the Ethereum ICO deposit address to his own Ethereum address. About $7 million was sent to him as a result of this.

To summarize, owing to the permanent and uncontrolled existence of cryptocurrencies, an ICO should be regarded as dangerous as gambling. You have almost no options. If an ICO proves to be a total fraud or goes bankrupt. So, how do you decide if an ICO is right for you? First and foremost, you must understand what you are investing in. This means you can read the ICO's White Paper, do some homework on the project and its creators, and get interested in the group. Be that you understand how the project's tokens will be allocated. After the ICO, ICOs that hold a large percentage of tokens for the founders can sell these tokens to make a fast profit. Another crucial thing to consider is the amount of money being collected and for what reason. If there is no limit to how much funds can be raised, the project can become overfunded. Having more funding than you need will also stifle project growth by causing laziness and a lack of attention. As a result, several ventures have raised tens of millions of dollars before ever writing a single line of code.

After everything, never invest in anything you don't fully comprehend. ICOs are a new form of crowdfunding that few people are familiar with. If you're new to cryptocurrencies and initial coin offerings (ICOs), you can obviously do some extra analysis before committing your funds to any project.