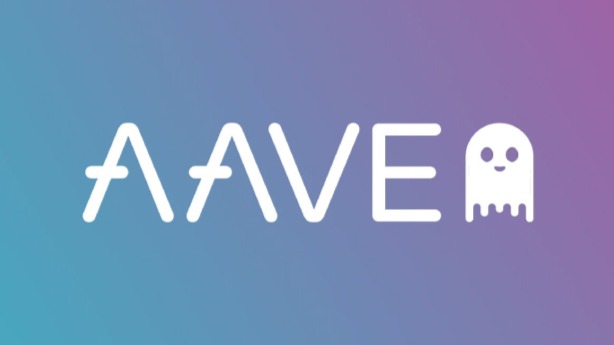 In 2017, AAVE, which is now one of the most common lending protocols in Decentralized Finance, was developed. Before the rebranding in September 2018, the project was known as ETHLend, which was founded by Stani Kulechov in Finland. Stani found Ethereum and saw the potential of Smart Contracts, so he wanted to build a P2P lending protocol.

most of the other crypto startups launched in venture capital-rich cities like Silicon Valley, New York, London, Hong Kong, or Singapore, so Finland was obviously not a typical location for a new tech startup. This further demonstrates one of Decentralized Finance's most intriguing features. In comparison to Traditional Finance, where a modern financial technology company needs a significant amount of funding and personnel only to comply with all banking legislation, a new Decentralized Finance project can be initiated by a single individual with minimal upfront capital.

Early in 2017, the first version of ETHLend was deployed to the Ethereum main net, and the Ethereum ecosystem began to take notice. Stani saw the promise of Decentralized Lending and agreed to finance further growth of ETHLend with an Initial Coin Offering (ICO) at the end of 2017. As we all know, financing a project outside of a traditional venture capital firm can be difficult. On the other hand, the ICO encourages everyone around the globe to join.

ETHLend was able to raise $16.2 million, which was a reasonable amount given the ICO frenzy of 2017. The ICO allowed more developers to be hired, allowing them to work on improving the protocol during 2018. Despite the native ETHLend token LEND losing the majority of its worth in the post-ICO period, this was all accomplished. The ETHLend team quickly found that the protocol's P2P lending model was becoming increasingly problematic.

Users communicate with other users through Smart Contracts in the P2P model. This can be inefficient, especially if no one on the other end of the line wants to interact with them. Many other projects, such as UniSwap and Compound, which launched at the end of 2018, began using another model to peer contract. The peer to contract model is built on a contract of shared funds that users of the protocol can use immediately. This reduces the time it takes to locate a counterparty and streamlines the whole process of communicating with a Decentralized Protocol. This was also when the ETHLend team decided to switch from a P2P model to a peer-to-contract model and rebrand from ETHLend to AAVE.

The name AAVE is derived from the word in Finnish, which means "ghost." This is also why the AAVE logo now has a ghost in it. Other users may become depositors or borrowers when it comes to the protocol itself. Depositors lend money to investors in exchange for returns on their money. Borrowers are happy to pay interest on the sums borrowed in exchange for easy access to a lump sum of cash. Users might, for example, supply a stable coin like DAI and earn interest based on the DAI supply interest rate. The ratio of supplied and borrowed DAI determines this.

Borrowers may then use the DAI that has been given. Borrowers must have liquidity, such as ETH, to borrow other tokens. All of AAVE's standard loans are over collateralized, meaning that the value of the provided collateral exceeds the sum that can be borrowed. This safeguards the protocol from being under-collateralized and unable to refund the depositors. Depositors essentially supply liquidity to the protocol in this model, which is why AAVE is often referred to as a decentralized liquidity market protocol. AAVE provides stable borrow rates in addition to volatile interest rates, which is a feature not seen in other common Fecentralized finance lending protocols like Compound.

aTokens are provided to depositors who provide funding to a Smart Contract in AAVE. At a 1:1 ratio, the value of aTokens is pegged to the value of the underlying token. What's odd is that the aTokens' balance reflects their invested sum after interest has accrued, and it keeps increasing according to the protocol's actual borrow interest rate. Furthermore, aTokens are simply ERC20 tokens. This means you can literally give them to someone else, and their aToken balance would immediately increase in their wallet.

Flash Loans are another significant term popularized by AAVE. A Flash Loan is a feature that allows you to borrow any amount of assets from a Smart Contract pool without requiring any upfront collateral. According to the terms, the Flash Loan must be borrowed and repaid in the same Blockchain contract. These structures are useful Decentralized Finance building blocks because they can be used for arbitrage, swapping, leverage, and self-liquidation. Check out my article on Flash Loans for more details.

At the start of 2020, AAVE was introduced on the Ethereum main net, and it began accumulating consumer interest and total value locked (TVL) in the protocol. The overall amount locked in AAVE, which is one of the core indicators when it comes to a lending protocol, was about $14 million before "Summer DeFi." AAVE's TVL began to rise significantly after the introduction of new Decentralized Finance protocols and Yield Farming opportunities, reaching $60 million in June, $400 million in July, and $1.5 billion in August, before reaching $2 billion by the end of 2020. By mid-January 2021, a significant increase in DeFi tokens had driven AAVE's TVL to over $3 billion. This is essentially a 50x increase in TVL in just 6 months.

AAVE V2 was launched in December 2020 with several new updates and upgrades, including Collateral Swap, which allows users to swap their collateral from one token to another. Users can now flash borrow different properties at the same time, all within the same Ethereum transaction, thanks to Batch Flash Loans. Borrowers are given tokens that reflect their debt in Debt Tokenization. This, in turn, enables a function called Native Credit Delegation, which helps users to access liquidity without having to have collateral.