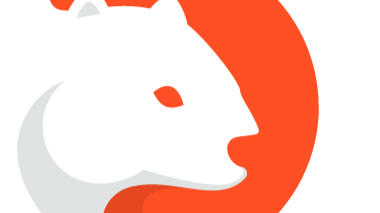 Cryptocurrencies and the Gaming World

Cryptocurrencies are an ever-evolving world and they finally broached the realm of gaming.

Questions arise about the efficacy of crypto gaming and if aspects of gaming have been sacrificed for the crypto experience. Websites such as womplay.io and xaya.io offer services that combine the exhilaration of playing a video game and the satisfaction of earning cryptocurrencies. However, all is not as sweet as it may seem.

For one, these gaming websites sacrifice the quality of gameplay for monetary benefit on the consumer's and producer's side. The games offered for play are generally of low quality, the types of games that need a boost in advertisement. This boost in advertisement is materialized as "we offer crypto for playing our game". Some blockchain gaming websites offer singular, self-made games with innate currencies rather than promoting a plethora of alien ones. Games that run on a dedicated cryptocurrency system are focused around said currency. However, a game focused around accumulating a coin (such as upland) has to make progress INCREDIBLY slow so players may not make substantial amounts playing the game. This makes these types of "build your own crypto kingdom" games absurdly inefficient at what they aim to achieve and, frankly, boring. A game where you do nothing but await currency deposits lacks substance and is simply trying to ride the crypto wave.

Secondly, the currency actually offered in these games is diluted to the point of worthlessness. Native currencies such as wombucks or UPX are distributed in the millions to avoid paying out players with anything substantial. Hours and hours of gameplay only accrues values in cents, a massive waste of time. To add to the difficulty of actualizing your virtual gains, these platforms tend to use native wallets with terrible exchange rates and network fees, forcing the player to amass even more of the already useless coins just to overcome fees and be able to transfer a few measely dollars.

The currently emerging crypto games are a disappointment to the idea of blockchain gaming. They are lackluster, single-faceted and repetitive—with absolutely zero storylines. They also fail to provide any tangible connection to the blockchain exchanges, sporting high fees and niche wallets that serve no purpose past a specific game. Mining coins on a 30 year old laptop is more efficient than the current system of blockchain gaming.