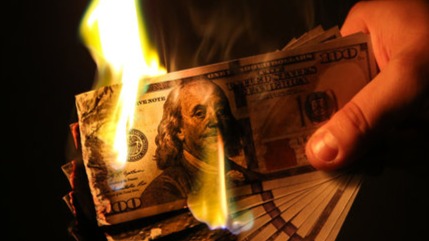 The world of crypto currency is not understood by most people in the world .  Most people automatically think of bitcoin when they hear the word cryptocurrency.  Bitcoin may have been the first blockchain but it barely scratched the service of the full potential of blockchain technologies.

Soon after btc ethreum was born followed by a slew of of all coins.   I remember back in 2016 sitting in my basement day trading altcoins and making some money but losing more than making .  At the time I didn't know the full potential of the blockchain .  Vitalik Buterin did .  He knew that blockchains along with smart contracts could lead to decentralized finance (DEFI).  Why should we go threw a bank or a third party if we didn't have to ?  Why should we be regulated and taxed when we don't have to.  Let's be real the government is faker than a 3 dollar bill.   They say gambling is illegal when they can't figure out a way to tax it.  They say selling Marijuana is illegal when they can't tax it.  Once these commodities became more advance along with our technology they figured our how to tax it and they are legal.  I always have said love your country mistrust your government, they aren't there to protect us they are there to profit from us , regulate us and in the end they will not be there for us.  Cryptocurrencies can be traded, spent , put into liquidity pools for others to use for exchanges , used as collateral for savings account in wich u can borrow against for interest rates so low that if in the centralized world they would some how call it illegal .   Not too mention the amount of people in this world who do not have a bank account and can never obtain one due to their countries poverty levels or maybe they have to many hospital bills and have had a judgment issued where if they put money in a centralized bank their money can be siezed.  This is the old ecosystem . Cryptocurrencies ,and mind u there are always bad apples in the bunch,  have more proof behind there value than most fiats do.  Remember the gold standard?  Or silver certificates , where you could actually trade ur paper money in for gold and silver .  Well that doesn't exist anymore.  Who says they are worth more than the ink and paper they are made with.   Well every hash on the blockchain says that which ever crypto were talking about is what you see.  No gimmicks.   Simply peer to peer transactions proved threw algorithms regardless if it's proof of work or proof of stake the chain doesn't lie.

I have been investing in and studying cryptocurrencies since 2016. I have a business administration degree from Stockton University. I am a union sheet metal worker as my day job. I love making money.

The Unlimited World of Web3 The Decentralized Web

I will try my best to explain what the decentralized web , web3, the role certain tokens play in this new realm and how the internet as we know it will be forever changed.