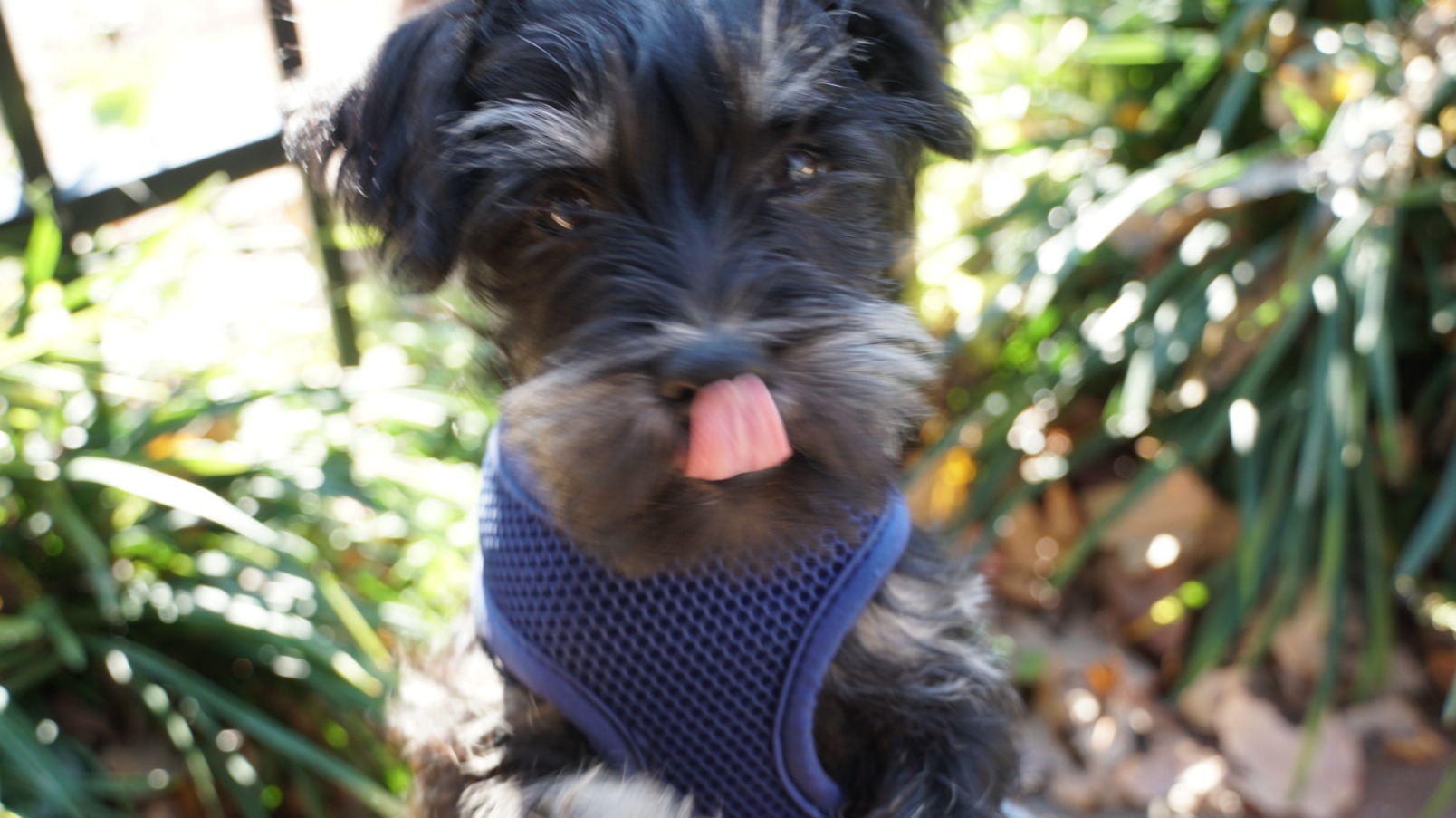 The First Week With Our New Puppy Felix

Felix was born October 1st. My wife and I have now had Felix for around 4.5 months. We picked him up at the beginning of December. The goal of this blog, is really just for me to write my experiences of having a puppy for my own memory. If people also enjoy it, that is just an added bonus. Therefore, I am going to start at the beginning and slowly catch up to where we are at today. 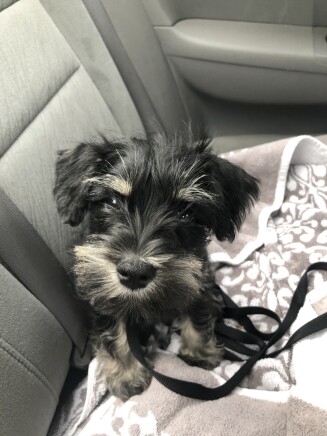 We picked Felix up, and were immediately in love with this adorable little dog. He was definitely nervous, but was able to sleep most of the drive home. He only weighed 6 pounds.

We had prepped the house for his arrival, trying to make it as safe as possible, and had also gotten him a playpen to hangout in. This was advice we had received because puppies can and will get into trouble. (picture shown). He was a little timid, but of course still adorable. Also, it was almost impossible to get a good picture of him because he rarely sat still! 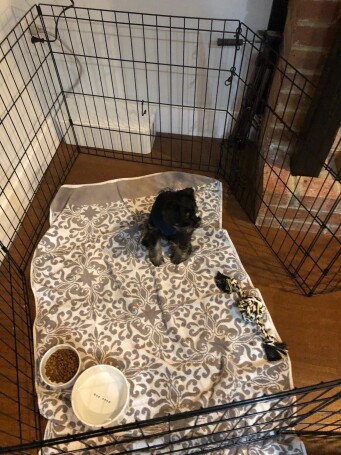 The first night, as you would expect was rough. We put him in his crate, and he screamed for about an hour. (Yes screamed, not barked. We get this question all the time, He can scream really well)

The first few days went pretty well, around the third day he really started to seem to like it in our place and warm up to us. He also wanted to play! But something we did not know going into getting a puppy, is that they do not really know how to play with humans. When puppies are with their litter mates, they mostly play by wrestling and biting each-other. Since Felix had limited experience with humans, he thought nipping our hands was a great way to play.

Our hands started to turn red, and were swelling and itchy. He had nipped our hands so many times that we were starting to get to our wits end. Also, puppies first teeth are RAZOR sharp to help make up for lack of jaw strength. So we used the tool that every millennial knows how to use well, Google. The advice we received was that you should yell OW! when he bit your hand to hard because puppies squeak or squeal when they are bit to hard. This actually had a very quick effect, and within just a couple of days he was rarely biting our hands to hard. He did not want to hurt us, just wanted to play with us. 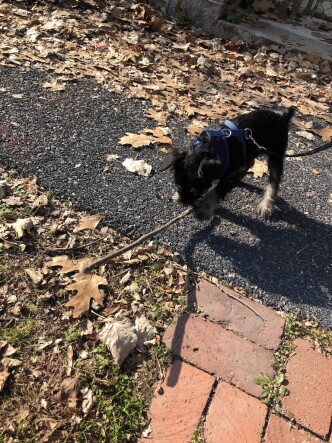 Of course we also took him to the vet the first week, and the vet said he was healthy! We signed him up for his routine vaccinations and check ins.

The last thing, that we knew going in, but did not realize how hard it would be was that Felix would not be able to hold his bladder for more than a couple hours. The rule of thumb we read online was his age in months plus one. Since he was two months old, that meant he had to be let out at minimum every 3 hours (more since we were potty training) This was not so bad during the day, but at night meant we had to get up 3x to take him out! This lead to us being extremely sleep deprived (more about this in a future update.)

I hope you enjoyed my first post! If you did let me know as it will help inspire me to keep writing. If you have feedback critical or positive also let me know. And if you are feeling really generous and want to buy Felix a toy or treat my Eth address is here: 0xD61cD96e3509cFF2Bf92439a0A82948f3725554F 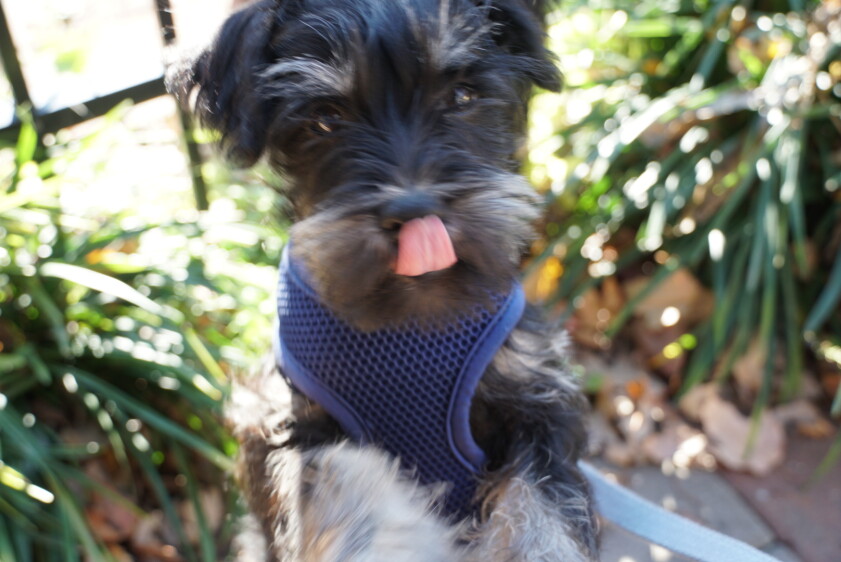 The Story of Felix

This a blog about my experience with my first puppy. His name is Felix, and he is a miniature schnauzer. He is cute, stubborn and a trouble maker. Most of the time I have no idea what I am doing, so please be gentle with your comments.