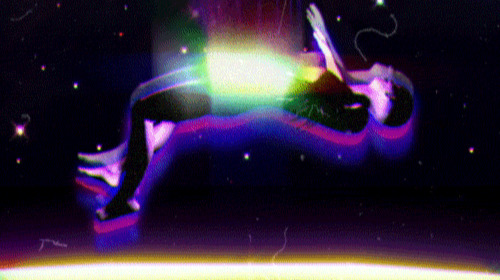 Do you really know yourself? Do you know who you are? Part #1

By Soyunasantacruz | The Spirituality | 1 Oct 2019

Taking this question to myself led me to one of the most frightening experiences of my life, I thought I was dying.

Discovering yourself is a painful and unpleasant process, but it is necessary if you want to reach the depths of your being.

Today I come to tell you something very intimate, a few years ago I decided to make a spiritual retreat to answer the questions that make up the title of this post, I wanted to know how strong mentally I was, to know my abilities and to what extent I could tolerate some situations but this was not a normal retreat, it was something peculiar, I had to disconnect from the world, forget the telephone, computer, and lose communication with my family and friends for 2 weeks.   In this time I had to adapt to a vegan diet, which I liked, as I wanted to lose weight and detoxify myself, I went with many fears, I thought I would sleep on the floor, that I would pass cold, that I would bathe with ice water, that I would go hungry, that I would not take a vow of silence, imagine lasting more than 10 days without speaking, in the end, I had mentally prepared myself for everything, for any physical suffering and I was wrong. Everything was a great surprise.

The hard stuff was coming and it wasn't exactly the physical.

Slowly I began to discover who I was, knowing my body first, for the first time I felt the movement of every part of my face and parts of my body. In my face there was an explosion of different movements and sensations, some areas jumping, others burning, itching, burning, sweating, moving, feeling cold, swollen, as I passed my attention through each area of my body I noticed that each one of them was alive, with its its movement and reaction.

I know what they're thinking, they'll say I went crazy or smoked something.

After spending several days on a proper diet, following all indications, striving for a thoughtless mind, In total silence, I began to feel a pain that had no explanation, it was such an intense pain that it pierced my chest and came out through my back, At first I thought that it was an air because I had been sitting for so long and because of a bad position, but then I realized that it only manifested when I was in the practice of meditation.

then I went for help to the teacher who guided the meditation and I orient myself by telling myself, observe the pain as it is, if it is cold or hot, big or small, sharp or soft, deep or superficial, constant or alternating, everything that would allow me to observe it, as in a laboratory, as if I were a scientist, who tried to do it from the outside and that is what I did.

After two days of intense pain in the practice of meditation, I decided to listen to my teacher's recommendations and began to observe the pain from an external perspective, from the outside and I realized that the pain was bigger, more intense and hotter, and each time I observed it, it was rapidly reducing, was disappearing, just by observing him as a scientist without ignoring him or giving him greater importance, without suffering for his cause, without suffering for the pain, looking at his behavior and examining his form, texture, temperature, all his characteristics and in doing so simply reduced and disappeared.   I couldn't believe it! The pain was gone, just as it came, it was reduced until it exploded, inside of me, I felt the heat expand as the pain disappeared. I was able to erase that real physical pain that had bothered me for more than 48 hours, but after that great emotion and joy came a great scare.   The only thing I can add is that this type of experience is not easy, you need a strong mind to get to the last day, but it is not impossible either.

There are many different emotions that can drive the heart of man to embark on the path of spirituality, the motive may be noble as Faith, love ... but can also originate from a whim, fear of loneliness, curiosity or fear of death. None of this matters, the true spiritual path is stronger than the reasons that led us to it and gradually ends up imposing itself, with love, discipline, and dignity. As Carl Jung expresses it in his book Encounter with Shadow. "It is not possible to awaken consciousness without pain. People are capable of doing anything, however absurd it may seem, to avoid facing their own soul. "No one illuminates himself by fantasizing figures of light, but by making his darkness conscious.   But not to make this post so long, although I really want to tell you in the next part I will finish explaining what really happened to me that I thought I died, hopefully do not bother with me by leaving them with curiosity but to be something summarized is better to wait for a next meeting.

I ask you, have I been the only one to go through such an experience, I don't think so. You can leave your comment if you have lived it tell me how you lived it and if you like this post do not forget to wait for the second part.