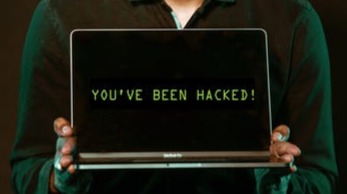 Weakest Link: A cyber spy, a rock band and an attack...of conscience.

I wrote this story in November 2020, in response to the following Reedsy.com prompt:

"Write a story where one character needs to betray the other, but isn't sure if they can."

Let me know what you think of it!

It was bound to happen.

He had spent hundreds of hours watching their security footage, listening in on their conversations, listening to them arguing as they made music.

Then he began listening to their music.

The first time he heard the first song off their first album, he experienced synaesthesia. The song tasted like that time when he was fourteen and managed to hack the servers of a certain multinational corporation. He gained a lot of fans in the hacking world.

Becoming a fan of the band you have been commissioned to destroy is not the wisest thing to do.

He was part of a team that ran like a well-oiled machine. They were targeting the weakest link, the lead singer. Everything was in place. It was going to be ruthless, merciless, final.

The thought of all that talent being silenced forever brought tears to his eyes. He hadn't cried ever since he had been recruited, ten years ago. He had just turned sixteen.

How time flies when you're running out of time.

He had already used every delay tactic he could think of. The problem with being so meticulous at his job was that, now that he wanted to unravel what he had created, he was up against his own intricate web of deceit.

If any of his team members found out, or - worse - if the client who had hired them found out, he would be dead faster than he could sing the chorus of "conspiracy theory". The first time he listened to Conspiracy Theory, he questioned his existence and his role in the grand scheme of things.

Their man on the inside was fully committed to the mission so trying to convince him to back off was not an option.

The only option he had left was to betray him.

Okay. Betrayal. That was the slab of marble he had to work with.

He chipped away at the marble, stealing the organization's time and resources to create his David.

The irony of his analogy was not lost on him. David did not betray his persecutor.

It took Michelangelo two years to bring out David from the marble. He had less than two days.

He set his plan in motion and right on schedule, he was booked as a guest to appear on a famous television talk show about second chances. The original guest had suddenly cancelled. By the time she found out that the man who called her to reschedule her slot was in fact not calling from the show, it would be too late.

His plan was simple: reveal to the millions of viewers the existence of the organization he worked for and that his colleague was posing as the beloved band's new assistant. It was better than a perfect plan because it was a workable, one-man plan.

The hour-long show was broadcast live. His colleagues or the client or both would wait until the show was over before...dealing with him.

The night before, he listened to the band’s entire repertoire of music. He begun with their album "War Drums" then he listened to his favourite song from their album "Blade Pass Frequency" several times. It was like the Rocky theme but with an African twist. It made his entire body vibrate, shaking everything that could be shaken, all the anger, fear, loss, doubt. It turned him into a chick hatching out of the egg of apathy, fighting, fighting, fighting to break out. It was just a song. It was more than a song. It was everything in between. It did much to siphon off a lot of his trepidation.

D-Day. Chip. Chip. Chip. He navigated the onslaught of his remaining splinters of second thoughts. He was welcomed by the TV show's intern who reminded him of his fourteen year old self; confident, optimistic, innocent. As he followed the Intern to the make-up room, he hummed "Blade Pass Frequency ". He greeted the other two guests who had already had their make-up done. He smiled and nodded and responded in all the appropriate parts as the other two tried to draw him into their conversation.

They were ushered into the green room. He was green with envy at the ignorance of the other two guests, of the innocent-looking Intern, of the TV show's crew, of the band. He wished he could un-know that there were monsters under the bed, that sometimes, there was no bed, only monsters.

Was he about to kill a monster or turn into a monster?

He stood up. Maybe there was an option he had not explored...

The Intern handed him a glass bottle of water. "Don't be nervous. Just think of the audience as one of your closest friends."

He drank some water then sat down and concentrated on not vomiting.

The two guests left for their segment.

There was still time. He could still get out of this.

The smell of betrayal was overpowering.

He drank some more water.

There were still a few seconds left to turn David back into marble. Maybe he could...

No. He washed away the last of his doubts with a big gulp of water.

Resistance was futile so he did not resist. They took him back to the headquarters, to the sound proof room.

How time flies when you're running out of time.

He coughed. He couldn't feel his hands so he didn't bother to wipe his tears.

He had worked for the organization for ten years so they granted his last request. As dusk approached, the light of their music made his journey light, carrying him on sound waves of peace and bliss.