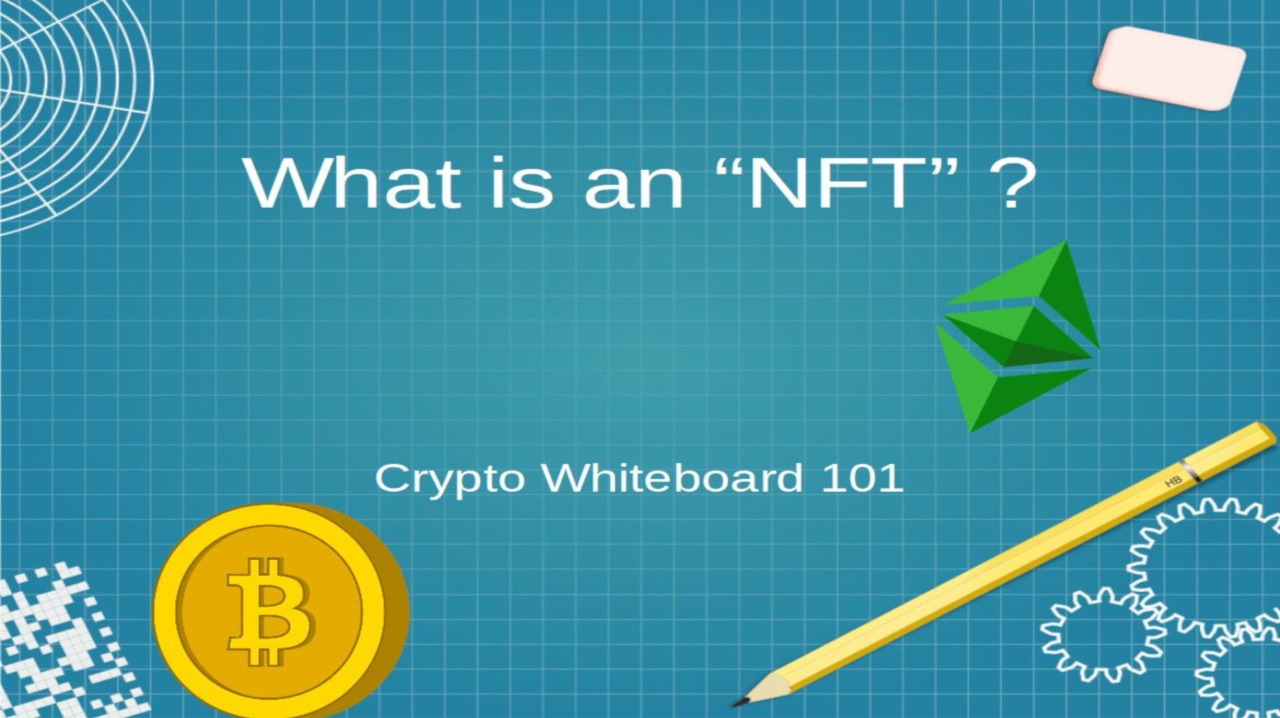 I remember when I first started learning about cryptocurrency I was quite confused by the concept of a “non-fungible” token. Although the wording sounds fancy, the actual concept behind a non-fungible token is actually quite simple and straightforward. Non-fungible tokens leverage blockchain technology to convey true ownership of digital assets. In this article, we will learn what non-fungible tokens are and some of the advantages that they have.

Let's start off with the basics and simplify the concept of a non-fungible token. We can really break it down into two parts. First, a token, as described in previous videos, simply means that it is an asset that is stored on the blockchain. Thus, a non-fungible token has all of the liquidity, privacy, and security benefits that we associate with other blockchain assets like Bitcoin.

A fungible asset is an asset that can be easily substituted for an un-differentiated like object. For example, 1 oz of 99.99 % pure gold is just the same value as any other ounce of 99.99 % pure gold. A pound of sugar is a pound of sugar. $10 is $10. To use an example, suppose that I lend my friend Joe $10. At the end of the week when Joe pays me back $10, I really don't care if he pays me back the exact same $10 bill. In fact, I would be equally happy if he pays me back in a single $10 bill, two $5 bills, or ten $1 bills. This is due to the fact that money is fungible. Any dollar is just as good as any other dollar. 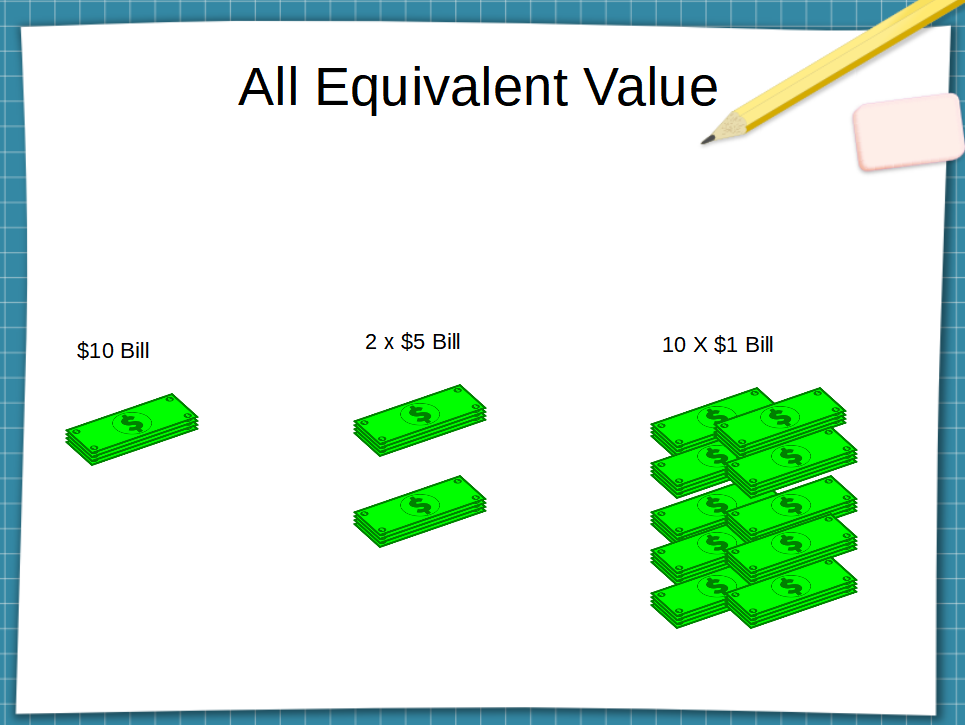 By contrast, non-fungible is simply a fancy way of saying “different” or “unique”. In fact, the vast majority of things that you already own are non-fungible assets. For example, your Android cell phone is different from your friend's iPhone. My old Crown Victoria is different from Tai Lopez's Lamborghini even though they both fall under the general category of “automobiles.”

To give you an example of this, think about trading card games like Pokemon. There are many different kinds of cards. But it's not the simple fact that something is a Pokemon card that gives it value. Rather, the value is derived from the specific characteristics of that card. Lets go back to our lending example, but this time instead of supposing that I'm lending Joe $10, let's pretend that I am lending him my Crypt Mancer card from Splinterlands. 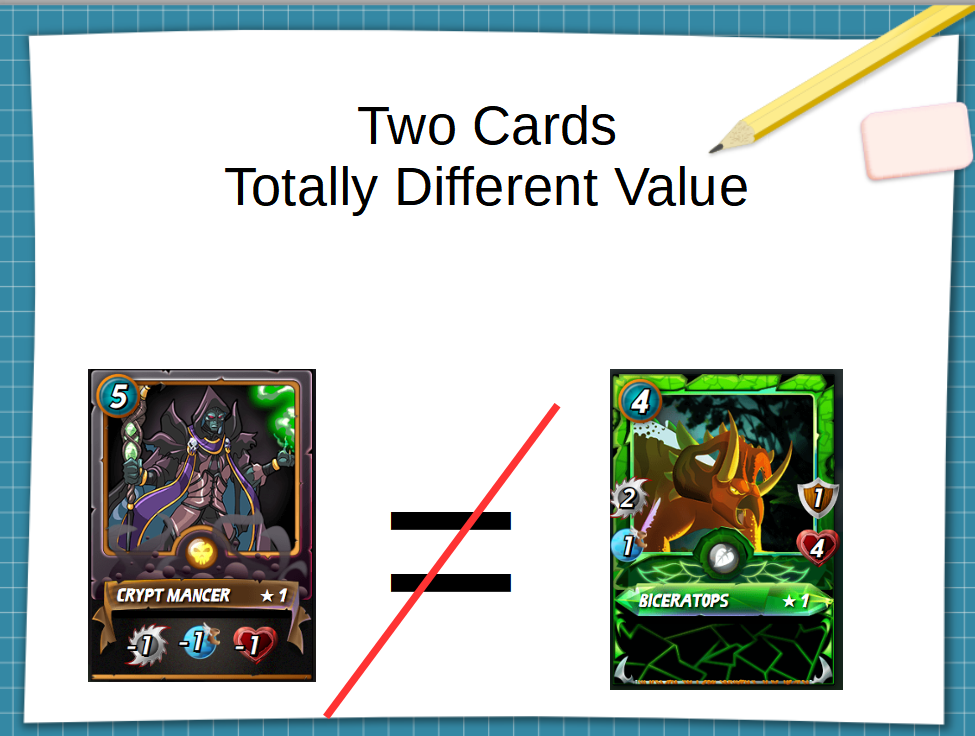 This is a very rare, very powerful card that could help Joe win some battles and move up on the leaderboard. When I lent Joe $10, I was perfectly fine accepting any form of $10 in return. But when I lend Joe my Crypt Mancer card, I will NOT be happy to get back any old Splinterlands card. For example, if he pays me back with the low-value Biceratops card, I will be quite upset with good reason. Even though I have still got one card back, the card that I received is considerably less valuable due to the inherent characteristics of the card.

One of my favorite games to play is World of Warships. This is a traditional online game that has nothing to do with blockchain technology. As part of this game, I can buy new ships to use and different camouflage patterns that give a variety of benefits. These would be considered digital assets. However, I cannot simply trade these ships to another person, lend them, or use them in a different game. Likewise, I don't truly own my YouTube handle, and YouTube could shut down my channel at its sole discretion. I also can't trade or sell my YT handle to another user.

Non-fungible tokens can be thought of as the marriage between digital assets and blockchain technology. If I was to receive an NFT token from  Coingecko's rewards program, they couldn't simply take that away from me because it exists on the blockchain assigned to my address.  NFTs can also be easily sent to to other crypto wallets which sets them apart from digital assets such as power-ups and perks that are simply assigned to one person's account and not truly owned.

One further advantage that non-fungible tokens have over traditional digital assets is that they are provably scarce. What I mean by this is that non-fungible tokens are created as part of a smart contract. It's possible to examine the smart contracts and see that there is a finite supply that will ever exist of a certain NFT. This is especially important for collectible assets as we know that increases in the supply drive down the value.

Lastly, I'd like to point out that although non-fungible tokens are typically associated with blockchain games, they go far beyond that and include real assets as well. For example, RealT uses non-fungible tokens to allow easy investing in fractional pieces of real estate. Each of these tokens can be easily traded and sent to other people in a way that simply wouldn't be possible with traditional real estate ownership. At the same time, each of these tokens is unique and represents a share of the investment in a specific property which differentiates them from fungible token such as basic attention token in or BTC. 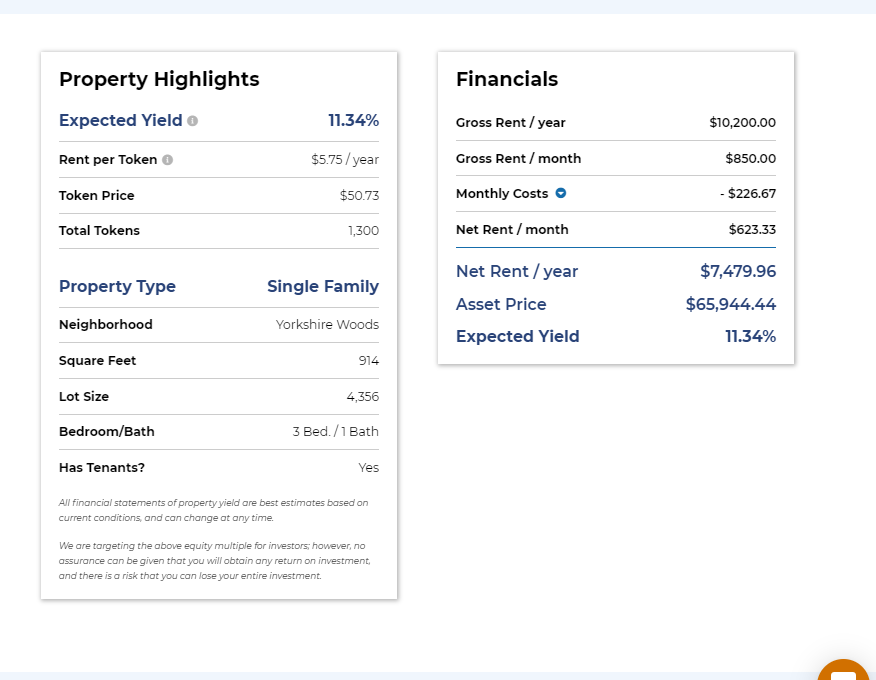 In summary, non-fungible tokens are a type of digital asset that have unique characteristics that set them apart from other similar tokens. They have seen quite a lot of use in online, blockchain-based games, but they also have a practical application for the tokenization of real-world assets as well. Creating non-fungible tokens is a way of leveraging the power of the blockchain to convey true ownership and liquidity of assets that have unique characteristics and can’t be traded “en mass” like undifferentiated commodities. A good way of thinking about it is that fungible tokens are meant to be easily interchangeable and are therefore well suited to being used as a medium of exchange. By contrast, NFT's represent ownership of an asset.