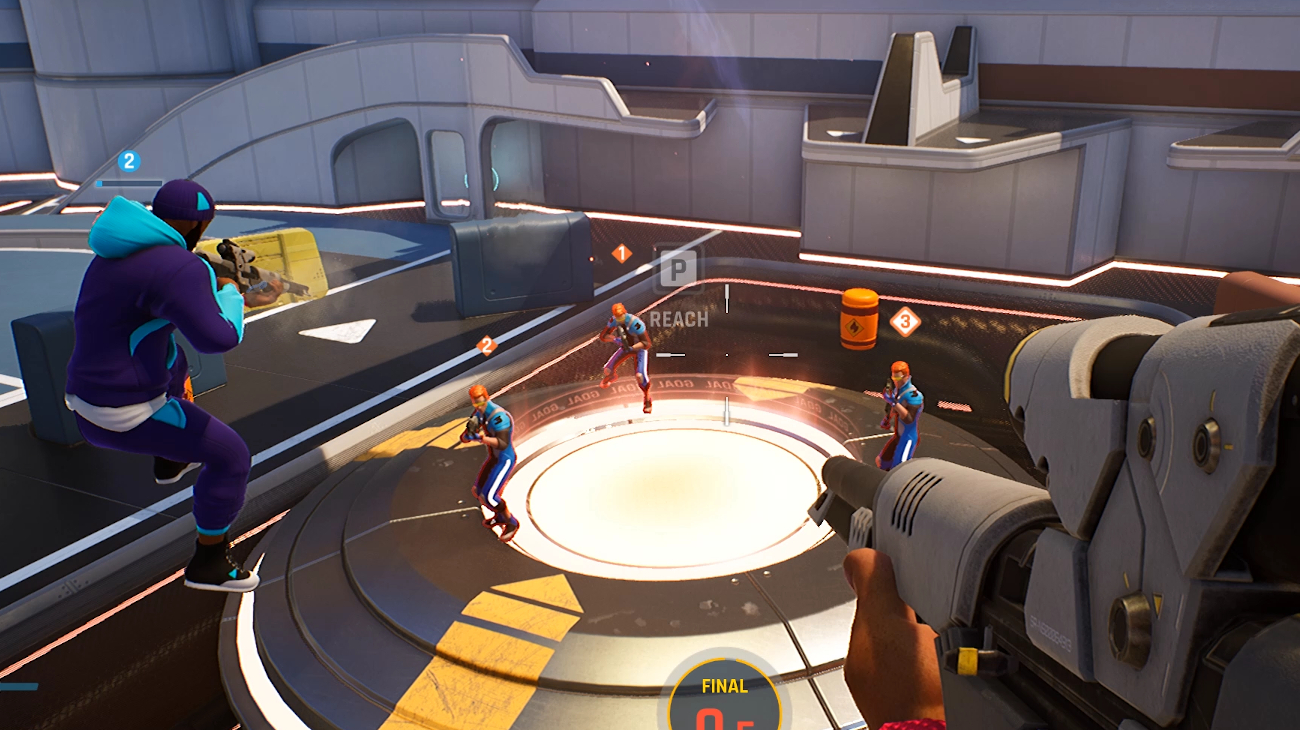 Quantum League: The most unique FPS I've ever played

Quantum League is a time paradox FPS developed by Nimble Giant Entertainment which is a south american game development company. It has been on my wishlist for a while, well ever since I found out about it back when it was in open beta. However, I was a little late to the party so I didn't participate in the beta. Well, today on the 26th of May, Quantum League is live on Steam.

When you open the game you will notice the Unreal Engine, Fortnite-y look which I understand may not be some people's cup of tea. However when you start playing you will see that the game is incredibly unique and will provide you with a very fresh take on an FPS experience. As of now there are 1v1 and 2v2 modes. I've only played 1v1 so I will focus on that. In a 1v1 match, your teammates are you. Well, your past self to be precise. After every round time rewinds and a clone of you will repeat whatever you did in the first round and it's on you to help your clone out. For example, if the enemy kills you in the first round you will continue playing as a ghost and when time rewinds you can kill the enemy player before they kill your past self so your past self can keep doing what you were doing in the previous round both when you were alive and a ghost. Of course, you have to watch out for the current enemy clone cause they will try to prevent you from saving yourself and ultimately winning the game. I realize this might sound very confusing to some, but a few games in, you will most likely grasp the concept. Besides requiring things like aim and game awareness, Quantum League forces you to think about your past and future actions since they will most likely be the determining factor in a match. For example, you can pre-shoot an area where you think the next iteration of your enemy will be and hopefully they will walk into the bullet swarm you've already prepared for them in the past.

The things I will critique for now are the fact that the game sometime crashes. I realize it's launch day and problems occur, especially comparing the situation to Crucible for instance where the game was actually unplayable on launch day. First few hours I was able to play and stream Quantum League on high settings with no issues, after a while when crashes started occurring, lowering the game graphics seemed to help. The game still looks pretty much the same on low settings so you're not missing out on much if you need to lower them.

The only gameplay critique I have is the fact that overtime rounds in ranked take too long. In casuals, when nobody scores a point the round resets like it never happened and you go again. However in ranked, overtime rounds go into play with slightly different rules. For me an overtime round should be something that is resolved quickly to determine who gets the point. But in this case overtime rounds can last longer than the actual rounds. And they get a little bit more confusing than the actual rounds. I would prefer if it was the same as in casuals where the round just resets, or have something like a regular 1v1 without time loops so it resolves quickly, however, I realize that this might go against the games philosophy.

Right now I would give Quantum League an 8/10. I'm attracted to the fact that I don't have to rely on teammates that I don't trust. It's just you and your past and future self facing an enemy in a game of tactical skills and wits. If this sounds appealing to you I suggest checking Quantum League on Steam. Currently, it' on a 15% sale which will come out to about 17$ in total. The sale lasts until June 2nd.