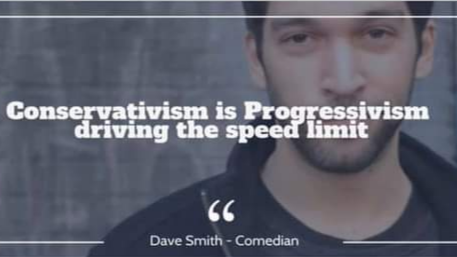 The Case for Collectives

“I would unite with anybody to do right and with nobody to do wrong.” – Frederick Douglass

It’s August 2020. The average American is debating (if one can even call it that) the merits of choosing a bombastic conman or a career politician who is a shadow of his former self for their future master. They are also blindly, irately entrenched in their sides on the utility of masks, lockdowns, walls, foreign policy, etc. Where are our beliefs in the popular narrative?

Meanwhile, we are poised for a collapse of many things that we have always taken as a given. The case for incrementalism or reform is dying on the table as we speak. What systems do we have in place for the inevitable consequences of our centuries of moral and economic abominations? What influence do we have on popular culture? I think you all know the answers to the questions I’ve asked and they don’t paint a good future.

Going forward I think it will prove useful to analyze how we’ve gotten to this pathetic position of being the ignored minority. If change was made by having the better argument then our folk would already have true liberty. Unfortunately, that’s not how things work. So what sets the authoritarian left and authoritarian right apart from us? Collectivizing and in turn changing culture.

A wise man once said, “Conservatism is progressivism driving the speed limit.” (If you are a liberty minded individual worth their salt you’ll know who said this) The way I see it the left drives culture and the right just plays catch up. We always seem to jump back and forth between their cultural positions to court them where they are at and leech on to them. This does no one any good and just makes us look as laughable fools who have no real identity of our own. The left and the right are able to dominate the culture due to their superior collectivizing. This is in large part due to the mindless tribalism of both “sides”. Being able to autonomize human beings to your position is quite the advantage. Can we learn to harness the power of collectivizing without becoming automatons ourselves?

I don’t see why not. I think you need a flagship idea or premise as our kind are generally prone to not being followers of people, but instead ideas. If we were to collectivize rugged individuals under the NAP or “taxation is theft” then great change could happen. We also need to operate in not simply the narrow band of discourse that the state has so effectively duped us into believing is the only way, politics.

I’m not here to discuss my opinions of the morality or usefulness of political action. That would be a whole separate article. No matter where you sit in that discussion, you must admit that political action is only, but a tiny sliver of what drives culture. For some reason we seem intent on focusing the majority of our energies in this one area. This is also the most divisive area. Ask a hundred libertarians who they should vote for and you’ll get a plethora of different answers. This is a phenomenon unique to us. You know what’s far more important than who you are going to vote for? Just about everything else and that is where we have failed.

So how can we affect the culture? A friend broke it down for me in the following fashion, one can affect culture on the macro level or the micro level. Macro would be something like creating a documentary(The Monopoly on Violence) or creating music(Eric July/Backwordz). Micro would be more on the local level. Something like a libertarian book club, trade groups, a group of liberty folks who like to go out and drink beers and shoot guns, etc. This may blow your mind, but having a local group of liberty minded friends that you kick back drinks with will almost certainly affect the future of liberty far more than whatever decision you make in regard to the slave master you get every four years.

So now that I’ve given you a taste of the black pill and told you what led to this, I think it’s time for the white pill. With great change and great uncertainty there comes great opportunity. Now is the time to network and group up on the micro and macro level. I am an admin for a relatively new Facebook group called The Liberty Movement. We are only a few weeks old and we already have over a thousand members, eight chapters within the USA, multiple others across the globe, we already have groups planning local meet ups(micro), multiple content creators in the beginning stages of collaborations(macro), and so on and so forth. I don’t tell you this to gloat, but to illustrate a point. There is a giant desire for what I have pitched to you in this article.

So, with this great time of turmoil comes great opportunity, but you must act. I’m not necessarily saying to come to our group. Check it out and if it doesn’t fit your fancy then check out other avenues, John Bush’s Freedom Cells are another great choice. Also don’t hesitate to be the ‘entrepreneur” who fills that “demand”. If you have a better concept than what we, The Liberty Movement, or others are offering than I implore you for the sake of my children’s future to implement it. May the free market of ideas rule and allow the best concept to rise to the top. Either way, this is a call to action. Do something!

This blog will be intended for promotional purposes of The Liberty Movement.