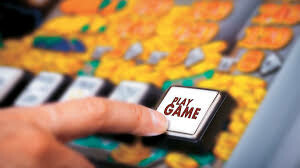 Gambling, according to the Italian criminal law, is a type of game in which the purpose of profit occurs and the win or loss is completely or almost random. It consists in betting goods, mostly money, on the outcome of a future event: traditionally, the odds are paid in cash.

This event can occur in the context of a parlor game such as roulette or a competition such as horse racing, but in principle any activity that presents uncertainty about the final result lends itself to betting for profit and therefore can be an object of gambling. 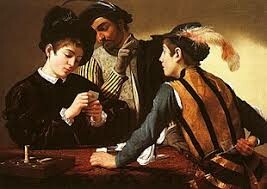 Gambling dates back to the beginnings of humanity and it is assumed that its purpose was to know the divine will. The first dice have been found in China, and date back to more than 5000 years ago, but the oldest references to the first forms of betting come from 4000 BC. in Egypt, where "SENET" was played, a kind of dame to decide the fate of the afterlife, in India and Japan. The nut was made from animal bones, often sheep and deer, whose meat was eaten, fur was made and sinew was used for tools. Even the Greeks were lovers of gambling, so much so that they depicted the act of playing dice in some pots. In Roman times, gambling was forbidden for reasons of public order, but it was legal to bet. The focus was on chariot and chariot races and also on gladiator fights. Among the various Roman deities we also find the goddess called Fortuna, consequently they only played on holidays. In the Papal States, between the eighteenth and nineteenth centuries, the phenomenon of gambling was faced from time to time in a different way by individual popes: often pointed out as a diabolical vice, sometimes recognized as an incurable "evil" that infected the people, and at other times admitted, in a pragmatic way, as a source of revenue. Some, within the ecclesiastical hierarchy, believed that suppressing the phenomenon was an impossible goal to reach: this conclusion was reached, for example, by a congregation of theologians and canonists, at the head of which was placed Cardinal Giovanni Tolomei, in charge to make an in-depth investigation by Pope Clement XI, in 1720. Under Pius VII, on the other hand, there was a new attempt to put a stop to the spread of the so-called "Forbidden Games", which "very serious damage" caused "to the Society". 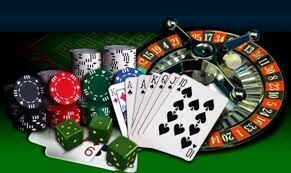 One of the places where gambling can be done is through casinos. Typical casino games are: roulette, blackjack, chemin de fer, slot machines and baccarat.

The games of chance in casinos and the odds systems of betting agencies are organized in such a way as to favor the bank, effectively guaranteeing the management, by the law of large numbers, a practically certain income, asymptotically certain and proportional to the number of players. and the size of the bets. In fact, by the law of large numbers, on the other side of the table the longer a player plays, the more money he will lose on average.

In some games there are strategies supported by mathematical bases, such as Blackjack. In other games, such as baccarat, slot machines or pachinko these strategies do not even exist based on common sense, since the player in the first does not make any decision about the events, which could be manipulated, in the second the events are equiprobable, therefore not manipulable. And this is how gambling professionals exist especially in the USA. There are also cheaters, who adopt tricks and often violate the rules to win.

Bets are made between two or more players on an event external to the players, i.e. the bet must not concern the will of one of the players otherwise we speak of an affront. The most popular bets concern the sports field but you can bet in any field. Betting agencies can carry out their business throughout the national territory. 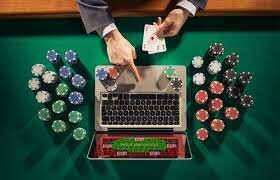 Gambling can become a real pathology, called pathological gambling, which can be diagnosed and treatable through adequate psychotherapy. This pathology leads to compulsive gambling, to experience the excitement of risk, which is often stronger the higher the stakes: even if people know how the world of gambling works, they continue to gamble without success. to stop, whether they are winning or losing, until they have lost everything. For this reason it is often believed that the gambling sufferer does not play to win, but to lose.

Gambling is prohibited in public places and also in private places, according to the table of prohibited games. Gambling is only possible in licensed casinos and on cruise ships sailing outside the Mediterranean basin.

However, over time some types of games with cash prizes have been legalized. This is the case of fixed odds numerical games such as lotto, totalizator numerical games such as Superenalotto, Eurojackpot and Win for Life!, Sports based games such as Totocalcio, Totip, Totogol and fixed odds bets, entertainment devices such as Newslot and VLT, games of skill such as backgammon, dominoes or naval battle, games of chance with fixed odds such as all classic casino games, card games organized in a different form from the tournament such as poker cash, traditional lotteries and snapshots and bingo, the latter in both the remote and room versions. Local events such as lotteries, peaches and charity banks and raffles are also legal, if promoted by moral bodies, associations, non-profit committees, ONLUS, provided they are necessary for their livelihood or by political parties in the context of local events. and bingo in the family and private is also allowed, for recreational purposes. Despite the obvious similarities, these types of games with cash prizes do not constitute, according to Italian law, gambling and are simply defined as games with cash prizes.

Economic research has shown that 55% of players, even occasional ones, are in fact propertyless.

In Italy, gambling with cash is the third largest company in the country, contributing to 4% of GDP. 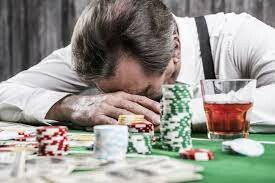 Pathological gambling is a behavioral disorder that falls within the area of ​​so-called "substance-free addictions".

Gambling may seem harmless but in reality it is not because it can cause a dangerous addiction in all age groups.

Games of chance are those games in which money is invested and the outcome of which depends mainly on chance and not on the skill and decisions of the players. The main types of gambling games are: slot machines, lotteries, scratch cards, online poker, sports betting, bingo, casino games and online casinos.

The pathological player develops an ever stronger bond with the game, neglecting family, work commitments and social life. Progressively increases the frequency of plays, the time spent playing and the amount spent trying to recover losses in an escalation with no return.

Intervening from the first signs of problems related to gambling increases the chances of solving the problem in a short time, avoiding complicating the personal and family situation with relational conflicts, consequent economic losses, worsening of global psychophysical well-being, work difficulties and, sometimes, problems with justice.

Regardless of the type of therapeutic or supportive intervention chosen, overcoming gambling addiction and avoiding relapses is easier if you give up all types of gambling. Avoiding only the "riskiest" and / or addictive games requires a level of self-control that problem gamblers often struggle to maintain. 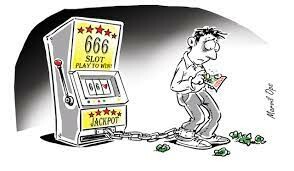