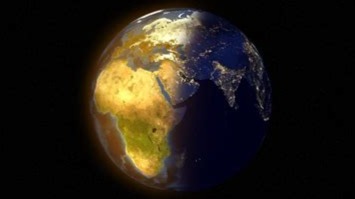 I've been having a run of extremely bad luck since the current season started.  Once I was kicked down to Bronze III from Bronze II, I bounced around from Novice to Bronze III and, thanks to the developer's nerfing of the lower leagues, have earned no DEC at all.  Zero.  None.  (Apart from some rentals I have out).  I thought, after playing for two months, that I had a fairly good grasp of the game's mechanics.  The beatdown to Novice proved otherwise.  And I have some really nice cards but expensive cards don't make an easy win.  A fact I learned battle after battle.  So I started studying and watching videos and studying some more.

And then I stumbled upon a card combination that almost always works.

I'm actually a little hesitant to tell you my strategy since there is a very good chance that I will be battling some of you.  But I feel this community benefits from the knowledge gained from others so let's start.

Ok, I'm sure you're all wanting to know what the three cards are that I've had such good luck with.  I'm also aware that some of you probably already know about these cards and the (mostly) winning combination that they provide.  This is just to let the newer players know and to try and help them out.  And, as always, your experience with these cards may vary.

Ok, two of the cards are earth cards and one is a neutral.  The neutral card is, predictably, the Furious Chicken. 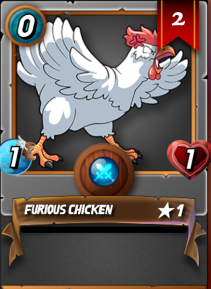 With zero mana cost and, well, not much else - the Furious Chicken was almost a joke card to me.  And then I rented it.  Holy crap.  I tend to place this card in the third position to protect weaker Sneak or Snipe cards behind it.  Some people place him in the front to soak up the initial hit from the enemy.  Try it both ways with a few practice rounds and see what works best for you.

The next card comes equipped with Tank Heal AND magic attack - quite a rare combination from what I've seen so far.  It's the lovely Wood Nymph. 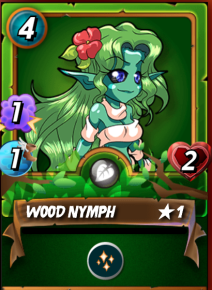 I usually place her behind the chicken or someplace towards the back where she is semi-protected.  The Tank Heal has proven to be invaluable, as most of you already know.  Most tank healers have no type of attack (Venari Crystalsmith is another one that does have a ranged attack) but this little girl, with her one magic attack trumps them all.  Heal AND attack?!!!??  Yes, please.

The final card is perhaps the most important.  I've been eyeing this summoner for a while and finally just went ahead and rented it.  It the very strangely named Mylor Crowling. 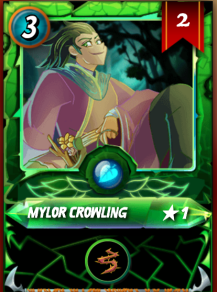 This guy gives all of your monsters the Thorns ability - which is awesome!  And, when you put the zero-attack Furious Chicken in his lineup, even it gets to "attack" a card as it dies.  I've actually killed off a few cards in battles thanks to the chicken and it's inherited Thorns ability.  Of course, Thorns on all the other cards works like a charm, too.

My preferred Life line-up usually looks like this: Mylor as the Summoner, Unicorn Mustang, Furious Chicken, Wood Nymph or Khmer Princess, Earth Elemental at the end, and others sprinkled in as Mana allows.  Here's some proof:

Of course, it doesn't ALWAYS work...

So there you have it.  A no-so-foolproof way to maybe make it up to Bronze II.  I've even used these cards a few time in Bronze II with special rulesets - and FORGOT that there were special rulesets and still won.  I would NOT recommend doing that.

If you'd like to enter the fascinating world of Splinterlands, where every day can be Earth Day, please use my link here to sign up.  I appreciate it.

New to the world of crypto and I'm determined to help others understand it better and have fun doing it!

So here's the deal: I'm a middle-aged guy who is dipping my toes in the world of crypto, NFTs, AMMs, DEX, DAPP, and all the other acronyms that I generally have little idea as to what they mean. But it's fun. That's what I want to explore in this blog. If I'm honest, this blog actually has a two-fold purpose: To learn and demystify the world of crypto for those of us over, say... 35, and to have FUN doing it. And also to make some extra money along the way. 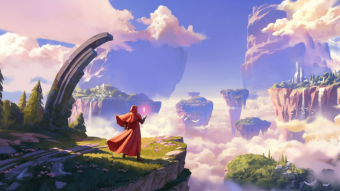 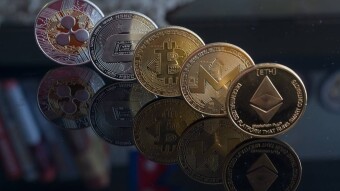