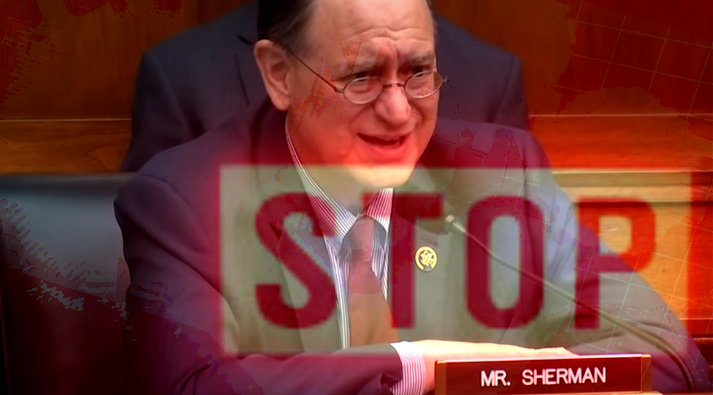 [GlobalCryptoPress.com/San Francisco News Desk] - When I hear someone claiming to 'work for the people' aiming to control what those people can do with their own money, it immediately sets off some red flags.

There's no way to give someone wanting to ban cryptocurrencies the 'benefit of the doubt' - because even if he really means what he's saying,  he doesn't stop there. Instead, he's willing to force everyone to follow laws based on his opinion.  Stripping away people's power to make their own decisions, in his mind, is justified when he thinks it's for the best.

If he simply shared his opinions, I would have no problem with him, he would just be wrong.  The problem is his desire to enforce his opinions with laws.

Unfortunately - it gets so much worse the deeper you look.

I'll be honest, because it's a bit amusing - I spent a lot of time digging for info on Congressman Sherman.

Last year I was all riled up and angry the first time he expressed his ideas on a crypocurrency ban, so I read a lot about his background, where his funding comes from, sent a few e-mails to sources, and gathered a good amount of notes in preparation to turn them into an article.

As some of you reading this know, prior roles in the media allowed me to build some contacts within Congress which I've used for several stories in the past.  Then I guess I just got distracted with something... I don't remember what, it happens easy in the crypto world, things move fast - but I never got around to writing that article.

So the amusing part is, today Mr. Sherman was kind enough to remind me when he said it again.

For anyone who thinks he's speaking from the heart, and all this is simply out of concern.  Look into his associations, donations to his campaign specifically - personally, i'm ruling that out.

Let's take a hard look at who we're dealing with, and below I will show what you can do to take action in 30 seconds or less!

FOR THE PEOPLE, OR COMPANIES FUND HIM?

Some of the top donors to his campaigns include:

Capital Group - Focuses on 'high net worth investors' and institutional clients, with $1.87 trillion in assets under management. Not accusing them of any shady activity, but these old, traditional financial firms tend to be anti-crypto, simply because they don't understand and/or are angry they didn't get in earlier.

Northrop Grumman - This one I mention because they don't seem to share his view. This aerospace and defense technology company has actually expressed some interest in blockchain technology, and even published articles on their blog about keeping your cryptocurrency safe.

UBS - Their current leadership has expressed 'bitcoin and its kin are not mediums of exchange and are not stores of value'.  While it's former executives left the company and have secured $100 million in investments to start a 'crypto bank'.

A TOXIC MAN, WITH TOXIC FRIENDS, IN A TOXIC OFFICE:

Sherman claims to have been unaware, but his staff, 8 of them in total, complained that Shernman made them "feel so uncomfortable" causing them to feel "afraid to raise concerns about harassment, or any other matter."

“I personally feel terrible that anyone was made to feel uncomfortable while working in my office." Sherman said in a statement.

Not everyone is convinced that concern is genuine, and of my sources shared that UCLA's 'College Democrats' club believed it was necessary to advise women looking to work in government not to do their internship in Sherman's office.

I hate getting political here, but this man is representative of my state, California - and those outside of CA need to understand how someone like this manages to stay in office for so long.

You won't find people here saying 'I love that guy!' - most of his voters don't even know who he is.  People here vote for any name with a "D" (for Democrat) next to it.

The exact same thing happens with Republican's in some in 'solid red states' - and in both cases, that won't change.

That leaves us with only 1 way to bring about change - apply internal pressure.

That means if you have Democrat representatives, you tweet them, e-mail them, call them - say you're disturbed by how Sherman is behaving.  His party should be embarrassed about him, but that happens when voters in the party stand up and say "he's making ALL OF YOU look bad".  They need to know the association could hurt candidates in states with real competition.

We've made that easy to do!  Click the tweet button below! It tags every major official Twitter account for the Democratic party, change it to your own words if you wish, or leave ours and save time.

Let them know somebody better come give Sherman a tap on the shoulder, and explain that his outdated views on modern tech will cost them votes in the next election. 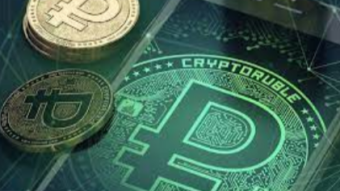