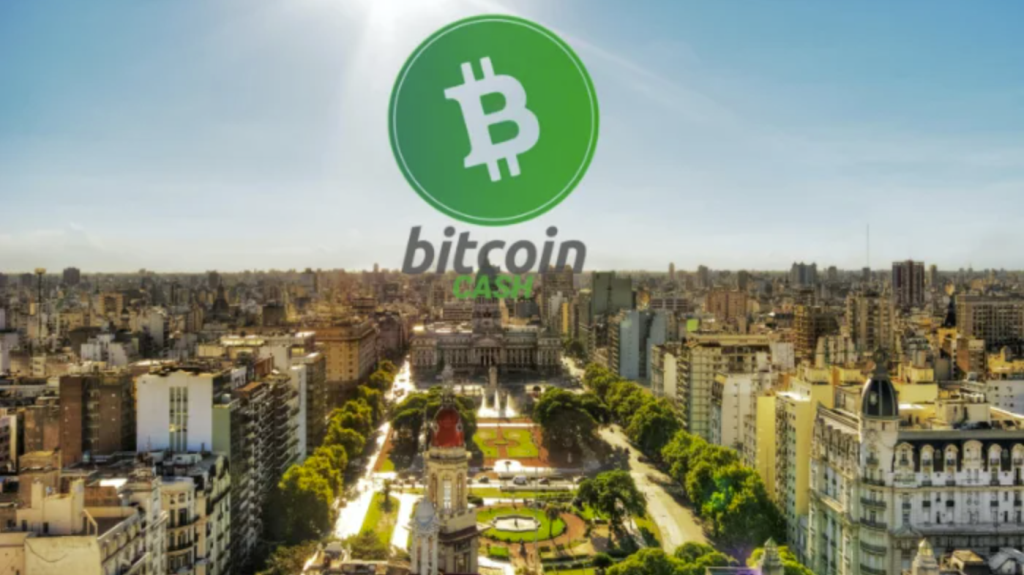 I have been covering lately a lot of locations where Bitcoin Cash is gaining in adoption levels and increasing userbase. More than often places where the national currency is failing merchants and consumers need an alternative to fiat.

Argentina has a long history of high inflation and an economic crisis that started at the beginning of the century and it still hasn't been resolved. Moreover, the IMF and international lenders, as well as domestic mismanagement of funds by various governments, have not helped in creating a viable plan for economic improvement. 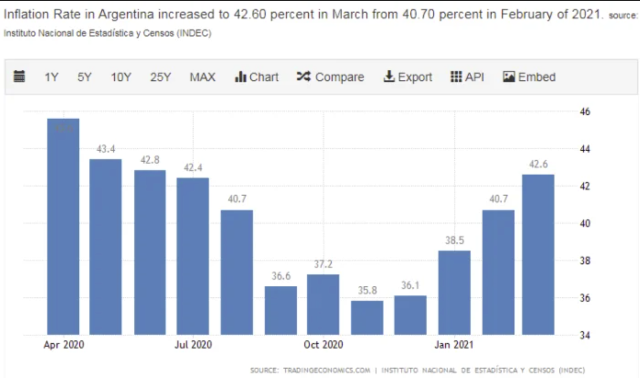 In 2020 inflation levels dropped below 40% but inflation is once again on the rise since the beginning of 2021, reaching 42.6% for the month of March.

Under these conditions, the Argentine peso is more volatile than cryptocurrencies, and the problem is that like any other fiat it is only losing value, but faster than most of the rest. When compared to the Euro, the Argentine Peso has lost 90% of its value in the last 20 years.

Argentina is in grave danger of entering hyperinflation levels that could result in a new financial crisis for the country.

Within this situation, it is rational for Argentinians to turn in alternative payment networks and try to offload the fiat currency for investments in cryptocurrency.

Argentina is traditionally a country that has very high volumes in Bitcoin purchases, as I remember observing at LocalBitcoins volume charts.

The BTC version of Bitcoin failed everyone and it wasn't going to be the digital currency that could help the population of Argentina.

Lately, we've seen a surge in Bitcoin Cash merchant onboarding activity, and an increase in user base. And we have to thank the team @BitcoinCashArgentina for this.

We are a group of people in Buenos Aires, Argentina, who just six months ago got together with the purpose of seriously pursuing our goal of carrying out a Project based on three Key Pillars: providing precise information on Bitcoin Cash, organizing a qualified Users' Support scheme, and promoting and growing the use of this cryptocurrency in Argentina, a country that is once again being hard hit by inflation. 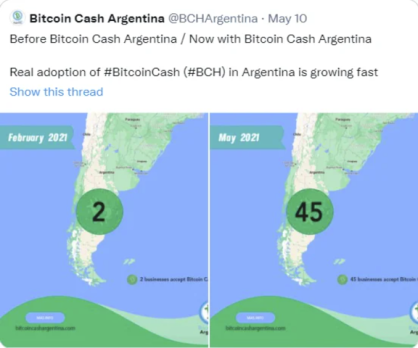 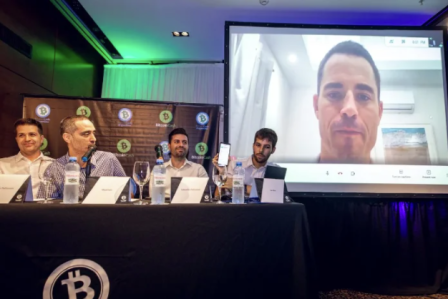 Bitcoin Cash Argentina is now running a flipstarter campaign aiming to boost adoption in the country.

THE SITUATION IN ARGENTINA, AND THE DIFFICULTIES AND BARRIERS TO BE OVERCOME:

The flipstarter campaign has been running for 24 hours and will expire in 13 days. Some of the top contributors are @majamalu @RogerVer and @Read.Cash . 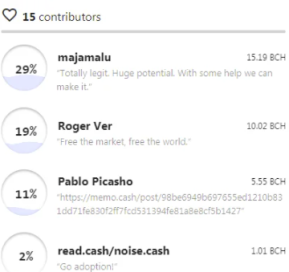 Marc De Mesel also chipped in with more than 10BCH and the funding goal for the project is very close to being achieved!

Marc is always extremely supportive of projects and initiatives that help the Bitcoin Cash ecosystem. With his strong support for read.cash, noise.cash, and various Bitcoin Cash websites and Flipstarters he is a shining example and a top Bitcoin Cash evangelist. 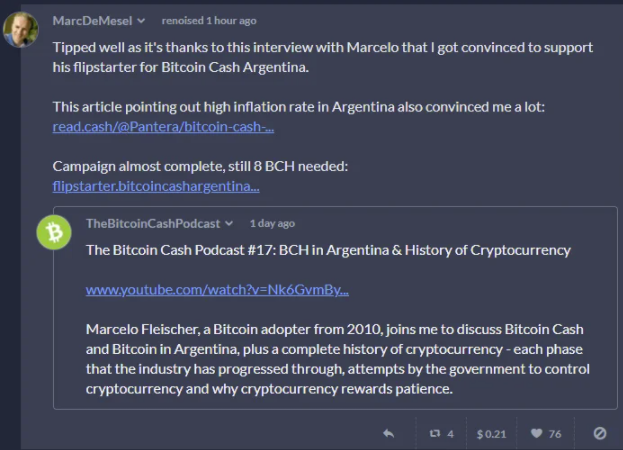 Considering adoption levels during a time when cryptocurrencies are mainstream again, Bitcoin Cash has been performing and results will be obvious soon enough. All this adoption will be beneficial for the long-term strategy.

Bitcoin Cash Argentina, as other initiatives around the world, it is focused on spreading the message, that Bitcoin should be used as cash, and increasing knowledge about its features and potential.

It is important to recognize legitimate initiatives and people that strive for the common goal of introducing Bitcoin Cash to the public and increasing merchant adoption.

This is my original content, reposting from read.cash where it was initially published.

I repost this article from my read.cash account. (link). Thanks to Publish0x for allowing reposts of our content. Anyone that wants to verify can contact me on the following links.

Crypto market is again on the rise. I was there before. Crypto winter will come again, but let's enjoy this bullish times first. *Edit* 2022 Crypto winter is here. Treat it properly.