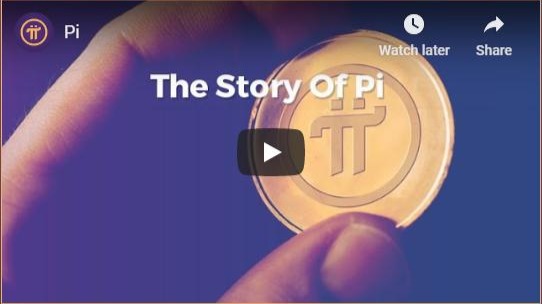 Become a "pioneer" of the PI Network

This is a short post just to tell you I have joined the PI network as a "pioneer".

I have read their white paper, which you can also read at https://minepi.com/white-paper and I have to tell that I like the solution they are developing based on the Stellar Consensus Protocol (SCP) and an algorithm called Federated Byzantine Agreement (FBA). Such algorithms don’t have energy waste but they require exchanging many network messages in order for the nodes to come to “consensus” on what the next block should be. Each node can independently determine if a transaction is valid or not, e.g. authority of making the transition and double spending, based on the cryptographic signature and the transaction history.

I have installed the App on my iPhone a does not overheat the phone at all so I am quiet happy to collaborate ensuring the Blockchain network while also mining.

Pi network is still under development but aims to be the world’s most widely used and distributed cryptocurrency. To achieve that goal, Pi incentivizes its earliest members to make contributions that will ensure its success (e.g., securing and growing the network). To reflect the importance of early contributions, the rate of mining decreases as more people join the network. At this time, the base rate of mining halves every time the number of active users increases by a factor of 10 (see graph below). This rate will eventually fall to 0 when the network reaches a certain number of users (e.g. 10 million or 100 million). At that point, just like Bitcoin, miners will continue to be rewarded through transaction fees and not through the minting of new currency.

The Pi server is operating as a faucet emulating the behavior of the decentralized system as it will function once its live. During this phase improvements in the user experience and behavior are possible and relatively easy to make compared to the stable phase of the main net. All minting of coins to users will be migrated to the live net once it launches. In other words, the livenet will pre-mint  in its genesis block all account holder balances generated during Phase 1, and continue operating just like the current system but fully decentralized. Pi is not listed on exchanges during this phase and it is impossible to “buy” Pi with any other currency.

Before we launch the main net, the Node software will be deployed on a test net. The test net will use the same exact trust graph as the main net but on a testing Pi coin. Pi core team will host several nodes on the test net, but will encourage more Pioneers to start their own nodes on the testnet. In fact, in order for any node to join the main net, they are advised to begin on the testnet. The test net will be run in parallel to the Pi emulator in phase one, and periodically, e.g. daily, the results from both systems will be compared to catch the gaps and misses of the test net, which will allow Pi developers to propose and implement fixes.  After a thorough concurrent run of both systems, testnet will reach a state where its results consistently match the emulator’s. At that time when the community feels its ready, Pi will migrate to the next phase.

When the community feels the software is ready for production, and it has been thoroughly tested on the testnet, the official mainnet of the Pi network will be launched. An important detail is that, in the transition into the mainnet, only accounts validated to belong to distinct real individuals will be honored. After this point, the faucet and Pi network emulator of Phase 1 will be shut down and the system will continue on its own forever. Future updates to the protocol will be contributed by the Pi developer community and Pi’s core team, and will be proposed by the committee. Their implementation and deployment will depend on nodes updating the mining software just like any other blockchains. No central authority will be controlling the currency and it will be fully decentralized. Balances of fake users or duplicate users will be discarded. This is the phase when Pi can be connected to exchanges and be exchanged for other currencies.

Pi network is still on phase 1, so still there is no USD value and no exchange has listed it but the team, Standford University, seems competent and very active so I think it is a good bet to be an early bird AKA "Pioneer" on this network.

How become a pioneer?

You have to be referred by anyone so, if you are interested, feel free to use my referral and invitation code below:

Follow this link https://minepi.com/tooruru and use my username (tooruru) as your invitation code