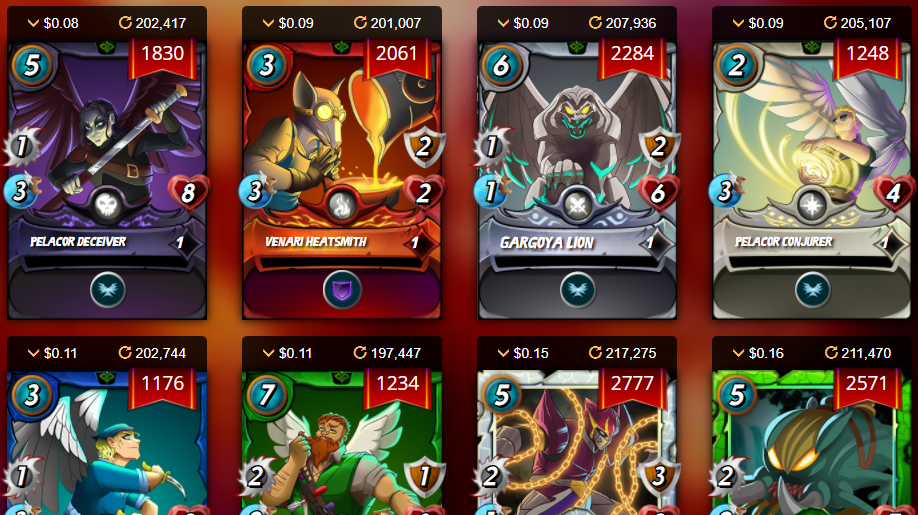 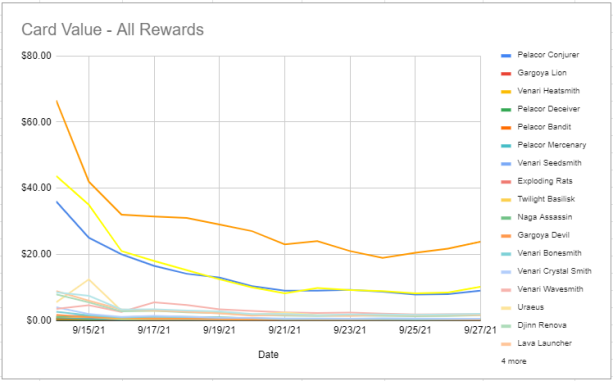 Two full weeks have passed since the release of the new rewards cards in Splinterlands. After an initial big daily drop in week one, the market is starting to stabilize as players are realizing the value of the newest editions to the game. Lets take a look at where they are currently, and get to my future predictions. 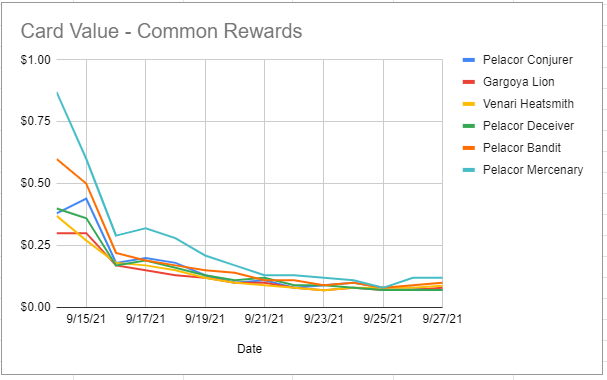 The common cards are as expected are the least expensive cards in the market currently with an average price of $0.09, this is down 81.6% from the first day in game, and down 25% from this time last week. The influx of these cards seemingly continues to have a negative affect on the previous rewards cards as well, as they are selling for around $0.15, down from $0.30 a few weeks ago. 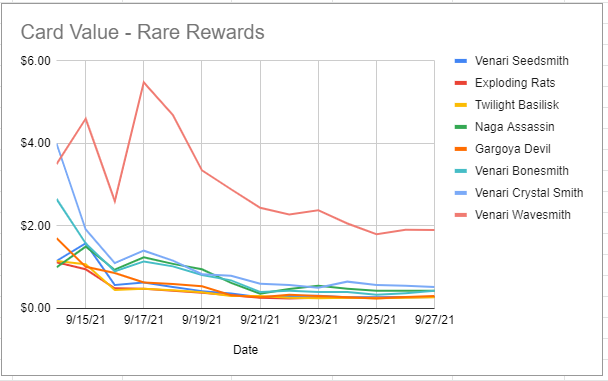 Rare cards are down from an initial market average of $2.03 to $0.55, a drop of 72.9%. They had a one week decrease of 30.3%, making them the worst performing group. Still a surprise to me, is Venari Wavesmith continues to be selling for a higher price than most of the epic cards in the group, a nice treat for anyone who grabs one. 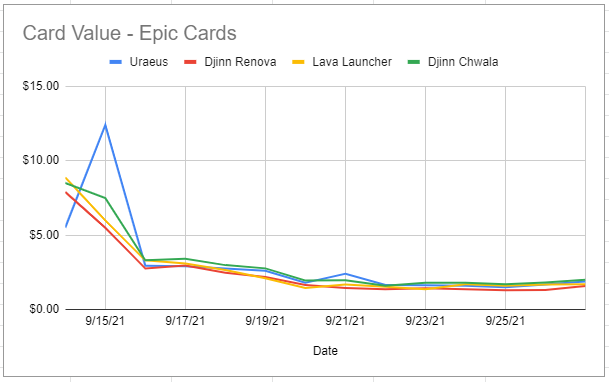 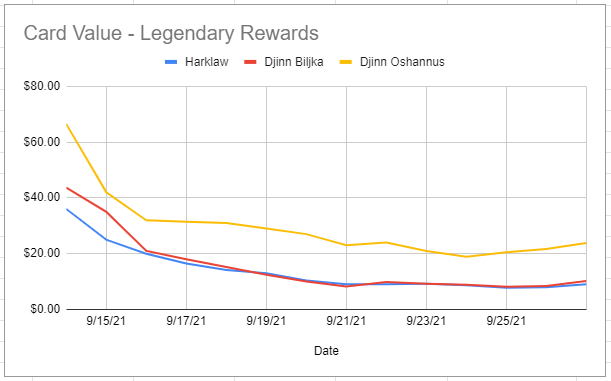 Overall no big surprises for the week, as the initial dip from week one evened out. It seems they are integrating nicely with the older cards both in-market and in gameplay. The leveling off has made me stop and think about my strategy of immediately selling them as I acquire them, but not enough to not continue to do so. There are still many more of each card left to not be opened yet. I am curious to see how the circulation number changes as they get opened or combined, and how that affects the price.

I believe we are close to the bottom for these cards either way, then as with all the cards in the game as more players come in and the cards get combined making them less available the value will start to rise again. I will still be selling these for DEC as acquired, because there will me many more opportunities to get them later if I want to use them in gameplay.

Check back tomorrow for my weekly Splinterlands earnings update, I will also be touching on the announcement of the Chaos Legion presale announcement.

If you enjoyed what you read be sure to follow me and consider hitting the tip button below!

If you have something to add to the subject, please leave a comment.

An exploration of the profitability of crypto and NFT games for the casual gamer.