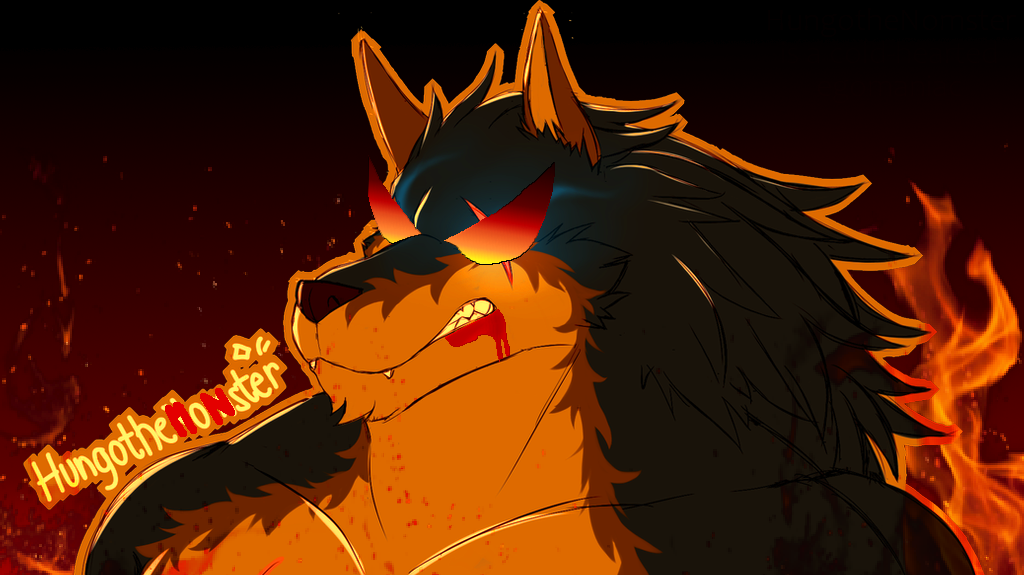 Hungo the Monster: An observation of James Auvereign's true colors

Here is the transcript of what happened between me and HungoTheNomster, and how cruel he can be with words and actions.

I saw that I was on your block list, so I removed "Family Business" from my gallery.

Can I please get a second chance? I'm falling to pieces here.

How do I know that you won't just do the exact same thing again? Using my characters/work is a serious, serious offense. It makes it even worse from how it sounds like you were using them, in sick and fucked up ways.

You should NEVER use another person's characters, artwork, or other original creations without permission. There ARE consequences to your actions.

I'll consider unblocking you. But you have to learn and understand, that you can't do things like that. You'll always be found out, and you will always have to suffer justice for what you've done.

I'll think about it, that's the most you'll get at this time.

Because I'm quick to learn from my mistakes nowadays. The picture I posted was not intended to offend. All I wanted was to create a horror-film-like image and nothing more.

Yes, This conflict hit me really hard and I'm going to ask for permission from everyone from now on, because I need to break the habit of doing things without permission in reality.

For God's sake, I'm trying to explain myself so you won't think badly of me. I get real stressed from losing acquaintances and do what I can to reconcile. Am I that much of a menace just because I have some bad habits and people mistake my original intentions.

Look at this message. It's much more longer and drawn out than you'd expect. I want to be back in your good graces and hopefully do business with you should it ever come to that. I'm pulling out my hair here.

This really hurt me and he thinks I’m sick in the head for just wanting to draw a horror-themed picture. I credited him in the description and I’m attacked in such a horrible way.

The worst part? He NEVER gave me a warning! He just blocked me and nothing more.

He seemed to mellow out later on:

If it helps convince you that I'm breaking the bad habit, I messaged Berty-J-A (Dark-Lamprey on FurAffinity) about using one of his characters. He asked what kind and so I'm waiting to hear his response on my proposed ideas.

In the meantime, I realize that I've made a very bad first impression. The last couple days have been hell for me and I really don't want one of my favorite artists to think I'm a thieving psychopath (This is lightyears from my true self).  I may have times where I stumble and misunderstandings happen, but I try my best to make my intentions pure, though I doubt I'll be forgiven for this ordeal.

I did take time to write a detailed explanation. That is, if you're willing enough to read it. Please note that I'm not articulate in wording things the clearest and it might seem like I'm making an excuse, but in all honesty, if you can believe that, it's merely words from a shattered, heart-broken man who's just trying to bring solace and harmony back into his life.

We'll see, I'll think about it. Til then, stop worrying so much.

This, of course, did not last long, as recently I put another text out, and the cruelty returned.

HarbingerOfDeath/Noah888 here. Is everything alright on your end? I'm doing fine. I didn't notice that it had only been a few weeks last time I asked for something like this.

Back then, I didn't pay attention to profiles and went straight for the gallery. I guess I found out the hard way that you get really mad when people use your characters without permission, though the sorrow it caused me was much heavy than you might think. It was this that got me creating my own characters in the first place. I've made some pretty cool ones: Zack Pennt,Adam & Eve, Jethro & Becky, Bella and so on.

But I backed off for a while because I didn't want to get myself into a deeper hole. I'm not exactly sure how long it takes to think about unblocking someone, but to be honest, despite keeping my word in this 4 month probation, I'm terrified of what the verdict might be. We're both christian furries, I've noticed.

So, can you please find it in your heart to forgive me after the ordeal in August? I really want to be able to favorite and comment on your profile again. You're one of my favorites.

When you made those tweets at me telling me to cool down over a character thief, when you yourself had stolen and used my work and characters in crap, I blew a gasket and blocked you on twitter. I was not, and still am not in the mood for forgiving that kind of crap.

My characters are my creations, more important to me than a child is to a parent. You say you're a Christian, you ought to have an idea of how a creator feels towards their creations. And also that you should never steal or use another person's creations without their permission.

You at least SEEM like you legitimately regret what you did, and that you learned from it. So long as you never do it again, and swear never to, I'll unblock your main account on FA here.

But mark my words: if you ever steal from me or use my characters and art again, there will be no form of forgiveness, and I *will* take actions to get it stopped/punished.

I'll give you another chance here. Don't waste it by betraying me, please. Then everyone can chill, relax, and go back to having fun.

I honestly swear. I also hope you'll unblock me from Twitter at some point. I had no idea that it was that serious to you and I want to keep communication with you on all platforms.

My twitter Message: “Easy there, Patton. I know character theft is a touchy subject for you, but it isn’t worth blowing your top over. Infamy is a very bad thing to have”

I only said that because I was deeply concerned for you. I didn't want to see things happen to you and so I tried to cool you down. What must I do now to get back in your good graces on Twitter?

I also showed him a sort of explanation pic on my alternate FurAffinity Account: https://www.furaffinity.net/view/33536466/. The next day, I return to find that he has once again blocked me. WHAT DID I DO THIS TIME!? I don’t deserve this kind of treatment, and the punishment doesn’t fit the crime. One major thing to note is that I have been humble and polite this entire time, and yet he has verbally abused me. Is this his true personality? A loose cannon who spouts off at the smallest things?

He may use his mental illness & other ailments like high anxiety as crutches, but these DO NOT give ANYONE license to verbal brutality.

One of his recent submissions also gives away that he’s an egomaniac. He doesn’t seem to care what explanation people give him or who gets hurt in the process, as long as he makes his statement clear. His characters have become more important to him than the people around him.

He says he’s a christian and that his favorite quote is: He who fights with monsters should see to it that he himself does not become a monster, but christians don’t verbally assault people, especially those with sincere remorse in their hearts. He has, from my observation, become the very thing he said not to become.

I now leave it up to you to decide what to do. I also would appreciate it if you would share this document.