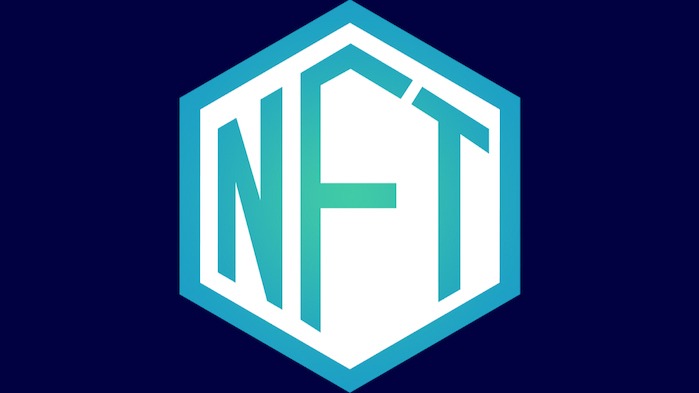 Non Fungible Tokens are taking the world by storm! These blockchain-tradeable stores of ownership are creating a new artistic and trading card renaissance and every company and every celebrity with any sense in the world is taking advantage. People and organizations as diverse as the NBA and the MLB, William Shatner, musicians including Deadmau5, and companies as broad as Topps, Playboy, Magic the Gathering and Taco Bell have joined the mayhem. What is the motivation? Simply put, easy money and easy publicity.

Non fungible tokens are pieces of blockchain ownership that are 'non fungible' meaning they represent ownership in something unique and the owner's identity is firmly established in the public ledger - typically stored on the Ethereum public ledger. As they are stored on a digital blockchain, NFTs can be anything that is digital including music, drawings, and yes - memes.

How do you retain ownership on an NFT? Every time you buy an NFT, the ownership is transferred from the previous owner's wallet to yours and this incurs 'gas fees' which can be quite costly though range from typically $10 to as much as $100, depending on how much traffic is on the Ethereun network at that time. To reduce your overall fees, you can move your NFT during a slow traffic period, as measured here. Once it has been transferred, your place will always be remembered in the blockchain as the new private wallet holder of this NFT. What's to stop the artist making an exact replica and selling it though? Technically nothing - just their reputation. Harming their credibility like this would give any buyer pause from buying an NFT from them in the future.

Is there money to be had in Non Fungible Tokens? Absolutely there is! In less than two years, NBA Topshot has recorded a market capitalization exceeding one billion dollars. Some Lebron James low-serial number memories sell for as much as $100,000. I personally have made nearly $700 in a couple months from buying packs and it's the easiest money I've ever made. Beyond this, there are always the notable cases to make headlines. "Disaster Girl" meme just sold for a cool half million and she will also collect a royalty every time the new owner trades it to someone else and so on - an added benefit for content creators. Christie's, the most famous auction house in the world, has also cemented NFTs for their place in history and the cultural zeitgeist by exclusively selling a Beeple for almost $70 million.

Where can I buy NFTs? There are a number of marketplaces to purchase non-fungible tokens that have been created. Some have their own marketplace (like NBA Topshots) and some are specific marketplaces that have been created for artists to list their artist (like their own version of Etsy or eBay). These include Rarible, OpenSea and Mintable. As a seller, I prefer Opensea as it is less expensive to list an NFT and very intuitive. The only upfront cost is really in paying gas fees to link a Metamask or other wallet and during a low gas fee traffic time, this may be as little as $50.

What is the Environmental Impact? There is no denying that there is a real environmental impact created from transferring ownership of non fungible tokens over the ethereum network and unfortunately, as the NFT craze promotes speculation of prices and the goal of constantly trading ownership for ever high prices, the environmental impact can become quite pronounced. This impact created a personal dillema for myself and my partner this morning as I was working with an artist on Reddit (whose name I will keep private for his discretion) to list his work as an NFT and his fanbase became quite uproared over the environmental impact this partnership would create. I suppose we were both a bit ignorant to this realization and unfortunately it may have resulted in harming his reputation (though we have since closed the bid of the NFT) and costing me some initial gas fees. There is a lesson in all of this though - the world is changing and, in investing, one must consider the social and environmental impact.

The environmental impact stems from the fact that just like transferring cryptocurrency requires validation by miners around the world competing to calculate the cryptographic equations using their computational power, every non-fungible token transfers triggers a smart contract to initiate and ownership to transfer from person X (seller/creator) to person Y (the purchaser), which incurs gas fees for the seller and also results in a carbon emission.

To get an idea of how much in carbon emissions are generated from an Ethereum wallet, take a look at the following website and the transaction I completed to initiate my Metamask Wallet to the Opensea Platform - a total of 128 kg of carbon dioxide emissions.

That's a lot. It's the equivalent of 322 miles driven by an average passenger vehicle and would be offset by 2.1 tree saplings grown for ten years. That's not even a drop in the bucket too: Opensea listings and transactions have resulted in 82,838,112 kg of carbon dioxide emissions as of April 29th, 2021.

So what can be done about it?

Buy Carbon Offsets - Obviously the most direct impact one could have would be to buy carbon offsets to reduce the overall impact created by miners in transferring NFT ownership. Carbon Offsets can be purchased directly here.

Consider a Different Blockchain - Ethereum is the most popular means for initiating smart contracts though there are other blockchains in the works to support the transfer of NFTs. Flow, the blockchain that supporst the tokenized transfer on NBA Topshots, uses a 'proof of stake' model rather than 'proof of work' which, while being more centralized, does reduce emissions. The proof of stake model though uses users locked up tokens to verify network activity ensuring that users have skin in the game in keeping a blockchain accurate. This approach eliminates the need for computers to solve complex equations and the resulting carbon dioxide emissions.

Other blockchains that use proof of stake include Algorand, Tezos, Polkadot, and Hedera Hashgraph and some of the marketplaces already using these blockchain partners include KodaDot, Viv3 (uses Flow), Kalamint and more.

Fortunately enough, even Ethereum is moving to this method in the future to reduce their carbon footprint and the overall gas fees experienced on the network. Hopefully soon enough, this will be a non-issue.

Bottom Line - NFTs are a great way to make money and to participate in the revolutionary industry that is blockchain and cryptocurrencies but it carries risks. One of the biggests risks I had the misfortunate of just experiencing is that there is a real environmental impact to selling NFTs on Ethereum-backed NFT marketplaces and this can create resentment and backlash for any creator that isn't mindful of this. Fortunately there are alternatives that exist and green NFT marketplaces that exist and, in the hopefully not distant future, Ethereum will also become more eco friendly.