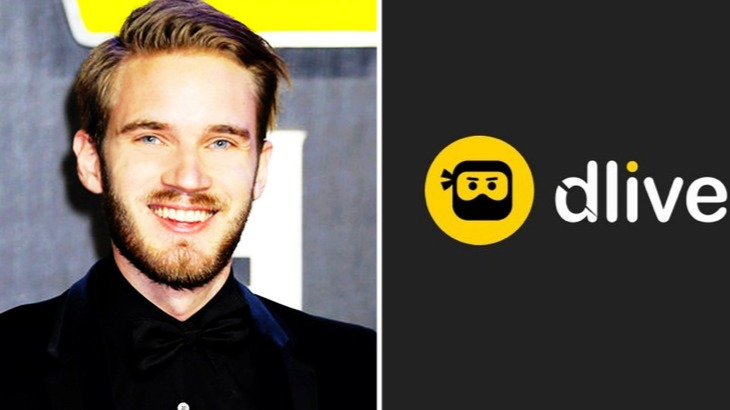 It seems an inevitable thing has happened in the world of YouTube with its powerhouse star "PewDiePie" turning his attention away from video games and pop culture and onto blockchain technology and mass adoption. Its no secret YouTube has expressed its disapproval of cryptocurrency content creators but now the odds have finally become even. Felix Kjellberg (i.e. PewDiepie) expressed he is not pleased with YouTubes' payment system and he like many content creators want more control over their money but more importantly, their content.

“One of the reasons I joined DLive is because their mission is to not take any of the streamers’ earnings, and that’s how they support streamers in a huge way and it’s been very nice to watch it grow and DLive actually rewards you guys for engaging with creators, which other sites don’t.” Felix Kjellberg "PewDiePie" 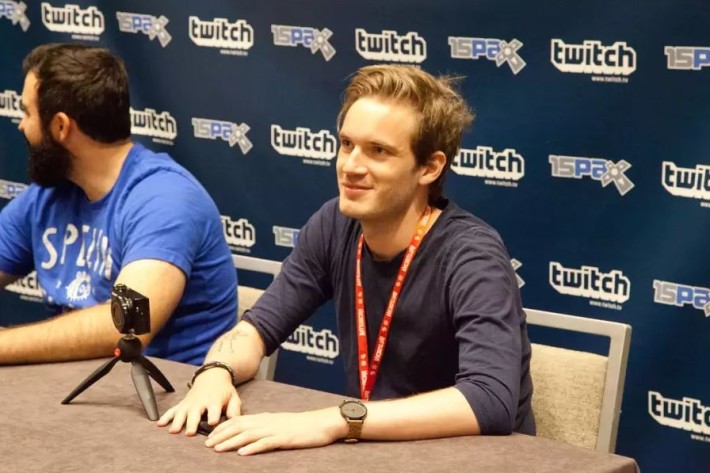 It started back in April of last year when the YouTube star first expressed his sentiments about blockchain technology and sharing with his followers he might be seeking better options to release his content.

''DLive is built on the modern blockchain, providing a disruptive solution for the industry... DLives' mission to empower creators... through their revolutionary reward system.'' Felix Kjellberg "PewDiePie"

Fast forward to January 2020 and in a video entitled "Designs that will make you MAD!'' the YouTube star updated his audience and confirmed the rumors about his possible departure from YouTube may be happening very soon.

''To Celebrate DLive joining BitTorrent Family, we're giving away a PewDiePie chair. But Felix who's BitTorrent? Well, BitTorrent is the biggest peer-to-peer, file-sharing network in the world, powered by Tron blockchain which means they have over 100 million users.'' Felix Kjellberg "PewDiePie"

A Call For Independence

"DLive is a place where instead of competing against each other, it benefits creators to support one another. With no platform cuts, we incentivize everyone to create the highest quality content for viewers. PewDiePie has always been a fierce advocate for the value that creators bring with their hard work, time, and effort, and he believes in DLives' vision. We're proud to have PewDiePie help us lead this charge." Wilson Wei CEO Lino Blockchain 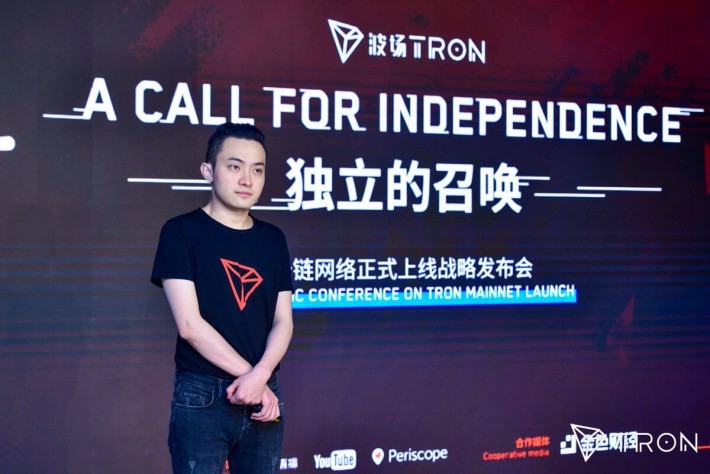 DLive does not take any cut from the revenue streamers generate, compared to the 45% taken by streaming platform YouTube. Instead streamers get 90.1% of the revenue they generate, with the remaining 9.9% going into a pool shared by holders who lock their LINO cryptocurrency tokens in their accounts. 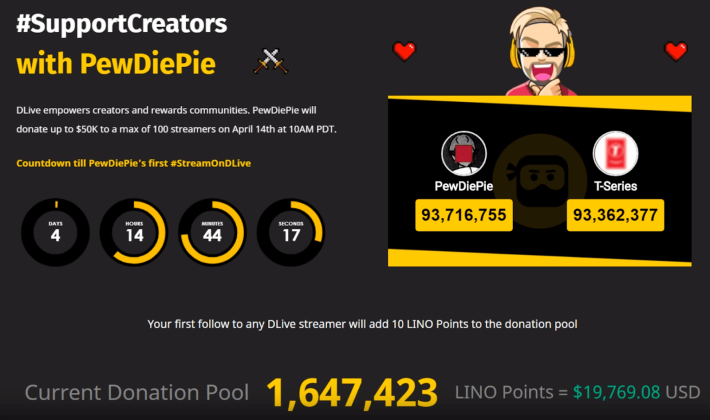 Content creators are awakening to the possibility that there are better ways to make money and be in control over their content. YouTube may have become a catalyst and cold reminder to the cryptocurrency community that despite its success, there are still some out there that are not willing to adopt cryptocurrency or the community that supports it. However, with this new partnership between YouTube top star Felix Kjellberg and Justin Sun, YouTube may be about to see a strong shift in the upcoming months with its creators and subscribers moving away from the platform and on to a more Freedom of Speech friendly platform DLive. It may be a huge blow to YouTube that DLive has already signed its top star Felix Kjellberg "PewDiePie" to a multi-million dollar deal. Additionally its top star Felix currently has over 100 million loyal followers which means YouTube stands to lose more than just one of its top stars but the millions of dollars in sponsorship to DLive. It is certainly a big moment in the history of cryptocurrency.

I want to hear your opinion.

What do you think about the recent bombshell about YouTube star PewDiePie joining DLive?

Subscribe for the latest news from the Bitcoin stock market. 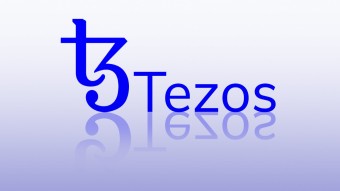 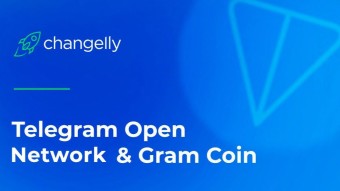