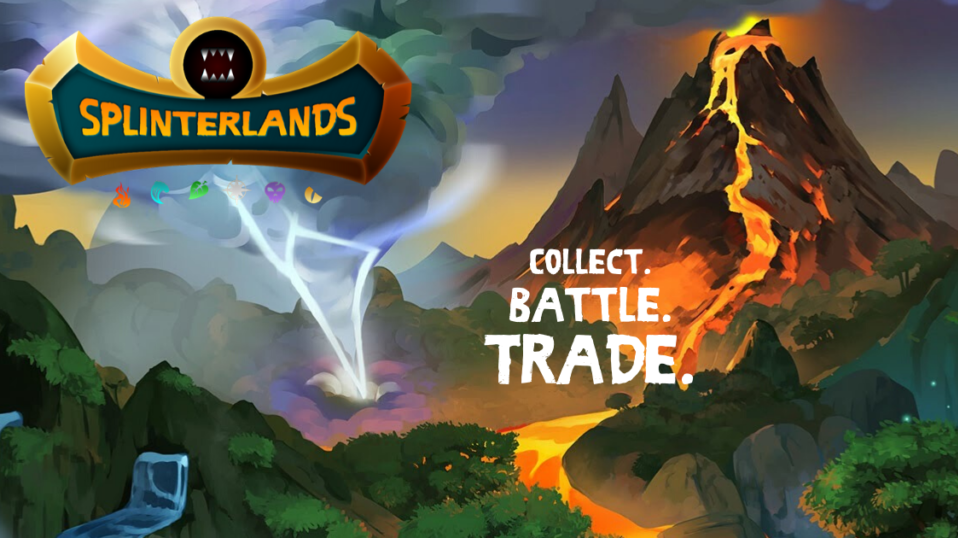 When I get hooked on a new game I tend to play it a lot in the first couple of days and Splinterlands was no exception. I played almost the whole day after I bought the Spellbook and saw my Capture Rate diminish quite quickly. "No problem", I thought, the Capture rate will be restored the next day, right? Wrong! Only 25% are restored per day. That's when I came to the realization that in order to increase my DEC (and with that my card collection) I needed to have a better strategy than just playing as many games as possible each day. There is no real analysis about the best cost-benefit strategy when it comes to the Capture Rate. The advice of many is to stay above an 80% Capture Rate and that's it. I was not completely convinced about that approach, so I did my own analysis and like to share my results with you.

If you don't care about the math behind, jump right to the conclusion at the end.

We start off with a 100% Capture Rate and play our first game. We win 1 DEC from it and go straight to the next game. We also win that one, but now we only receive 0.99 DEC, because our Capture Rate dropped to 99%. The third time we play and win we get even less: Only 0.9801 DEC, because the Capture Rate is now down to 98.01%. Here is a little table that gives you an idea how the next couple of games would look like: 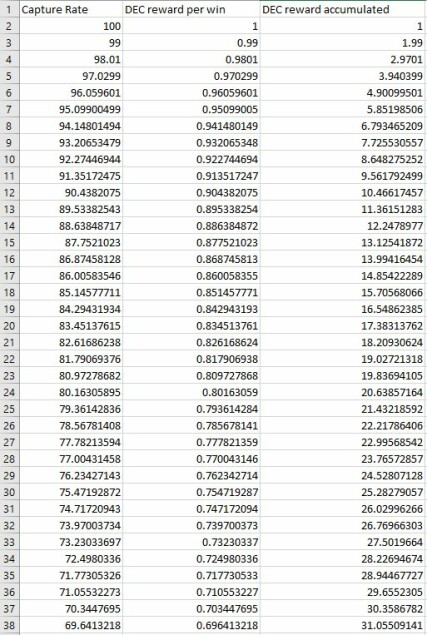 The right column is the sum of all the won DECs. So after the third game, we would have a total of 2.9701 DECs. If we keep looking at the accumulated results, we realize that the more games we play, the less we earn. After around 500 games we would've gotten around 100 DECs, but our Capture Rate would've dropped to almost 0%.

The intersection of both curves is around 70 games at a Capture Rate of 50%. That means that if the capture rate would reset to 100% every day, it would make the most sense to play until we are at 50% Capture Rate and then stop playing until it refreshed. That would be the best cost-benefit strategy. Unfortunately that is not the case, so we need to analyse a little bit further.

Let's see what happens if we would play 50 games per day. Our Capture Rate would drop to 60% and we would've accumulated around 40 DECs on the first day. On the next day the Capture Rate increases by 25% again and would be at 85%, therefore we could earn only 33 DECs on the second day. The graph below shows what happens if we would follow this strategy for 30 days. On the last day we would've accumulated 50 DECs more than with the cost-benefit strategy. However, we would've also played 660 games more.

The reason why we still earn more than with the cost-benefit strategy is that the Capture rate never drops below a certain threshold. In the cost-benefit strategy this threshold is 100%, because starting with each consecutive day the Capture Rate gets reset to 100%. With 50 games per day we see that the threshold would be at around 63%, but since we play more games per day it balances the earning of DECs out. 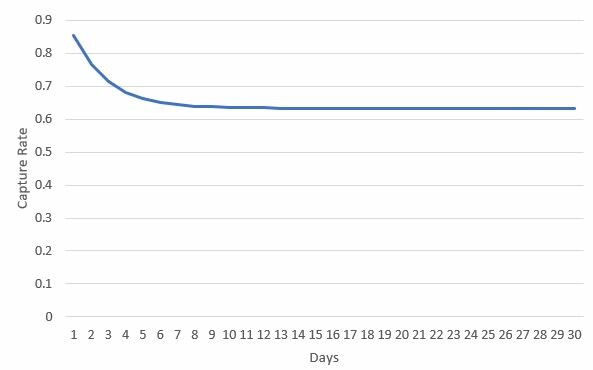 Now what would happen if we played the whole day without a break? I calculated 1 game to take around 1 minute, which brings us to 1440 games per day. Here the Capture Rate threshold would be very close to 0%, and we would earn around 825 DECs after 30 days of following this strategy. That is only 90 DECs more than with the cost-benefit strategy. 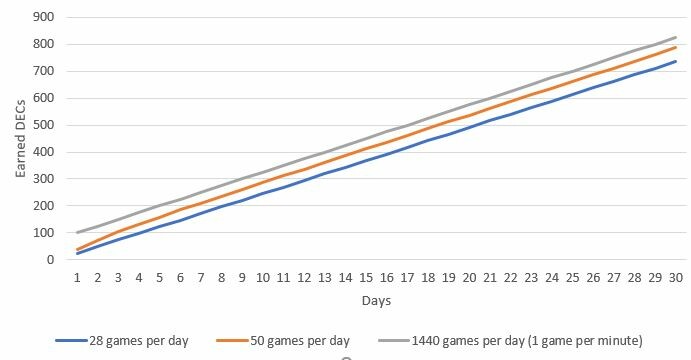 Play with the numbers yourself

If we take into consideration the assumptions made above, the most DECs you can earn per month by playing games is 825 DECs. The best cost-benefit strategy would be to only play 28 games a day, which would earn you 735 DECs per month. Here are a couple of points to consider when trying to maximize your DECs earnings by playing games:

In the end it is always up to you which strategy you are going to follow. I'd recommend to never drop below 75% Capture Rate because then you can start completely fresh after 24 hours. But the most important advice is to not get dominated by the strategy you follow. +/- 5% will not stop you from earning DECs. So if you just enjoy playing that day, do not stop because some dumb strategy tells you to.

Let me know in the comments what kind of strategy you follow. Do you have a strategy at all or do you just play as much as you like?

Though I will never post links that I am not convinced are legitimate and useful, you should always do your own research before signing up on a site. I will benefit if you sign up through one of the below links:

I like to earn money (however little it is) without changing my daily routine. In this blog I will keep you up to date with all the ways I found to earn money with as little inconveniences as possible. 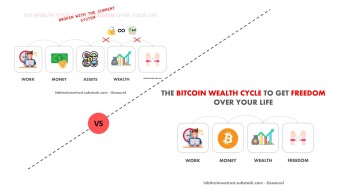