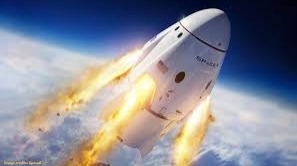 SpaceX: We have a Go for Launch! Falcon 9 and Crew Dragon now Vertical!

Fantastic news for everyone following space developments! SpaceX has been given the go ahead for the upcoming Crew-2 launch on the 22ed of this month! While I know it is common for me to say how things are big for SpaceX often it is because well they are typically the first to do so. Once again SpaceX is getting ready to pull off another first!

This Crew Capsule has been previously used from by the first crewed demo mission, demo 2. Not only that but the Falcon 9 rocket has also already been used before! This continues to follow SpaceX's goal of being as reusable as possible. By being able to reuse more and more of the rocket will result in lower mission costs for both SpaceX and NASA.

This mission will overlap with the Crew-1 mission already at the ISS by a week before Crew-1 departs the ISS to return to Earth. The rumor out there is that in a few weeks Boeing will reperform there unmanned launch to the ISS where their capsule will dock before returning to Earth. SpaceX's amazing results was cited as one of the reasons they recover the NASA luner lander contact along with coming in way under budget compared to the other companies. This would allow for SpaceX to exceed the budget by roughly a billion dollars before equaling the cost of the other landers.

SpaceX continues to just roar ahead in this space right now. Between the launches of crew and cargo dragon and now the satellite constallation they are building they are just surpassing everyone else by far. It will be interesting to see who come up and challenges them as right now they are unmatched by both private companies and government agencies!

The launch vehicles, rocket and capsel, have been lifted into the vertical position. The astronauts have been transported to the area as well. Weather permitting the launch will take place in just 5 days!