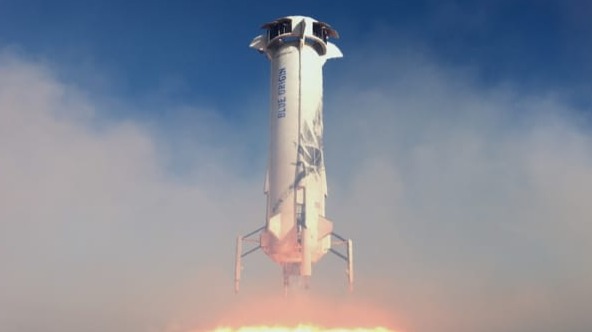 Earlier today SpaceX successful launched and deployed an additional 60 Starlink satellites continuing along with its rapid expansion. It actually seemed a little odd that I had not heard about any Starlink launches in so long as they have been pretty focused on Crew-2's launch, Crew-1's recovery, and Starship.

With Crew-2 successfully launched and docked to the ISS and Crew-1's plan of undocking Friday evening that part of SpaceX's business has been moving along rather smoothly except for a couple of minor weather delays. Even the Starlink launches have gone off so easily that I did not release there was a launch late last night/early this morning until SpaceX sent out their T-15 minute tweet! The expansion by them has been pretty remarkable and honestly a little boring since they are so good at rocket recovery.

Starship has been a whole other issue as they cannot seem to get the thing to land as it is right now. Today though the FAA announced that it has approved the next 3 Starship launches though! There must be an FAA inspector on-site when the testing is done but not SN15, SN16, and SN17 are all cleared to go when it is their time to go. Each iteration has had its own issue that they have tried to fix so it will be interesting to see if there are still more issues popping up with the landing or if the fixes will finally pay off!

After missing out on the lunar lander contract Blue Origin was publically starting to look a little iffy on what they were doing. While Bezos has kept pouring cash into Blue Origin and it was developing technology it really had not won any contract to sustain itself. Space is expensive so losing contract after contract and even having Amazon select a different company than Blue Origin to launch satellites for it just did not look good.

Well, today Blue Origin announced what it was going to do to really finally start bringing in some money and it makes a lot of sense. While they have not officially started yet soon they will begin to sell tickets to people to ride in their New Shepard rocket. Blue Origin also did not mention a price as more information will be announced on May 5th. This is huge for them though and really in the race of the billionaires. For the longest time it seemed that Richard Branson and Virgin Galatic were going to win but they suffered from both delays and the COVID pandemic.

Blue Origin will take up to 6 passengers past the edge of space fully into it as the capsule in tests has reached above 340,000 ft. Then passengers will spend about 10 minutes in space before it returns to Earth softly landing in the desert. New Shepard will have large windows to allow the passengers to get nice unobstructed views of space and the Earth. These launches and landings will occur out in West Texas where Blue Origin has been conducting most of its testing. I cannot wait to see what they announce on May 5th. When these launches will take place and how much they will cost. Over the next few days, I wonder if Virgin Galatic will announce some big news to protect their image and most importantly their share price!