Bitcoin is on the move with the all-important halving in sight
$1,200 in $ETH + $300 in $ADS Prize Pool: #WhatIsAdshares Contest and Giveaway >> ENTER HERE << 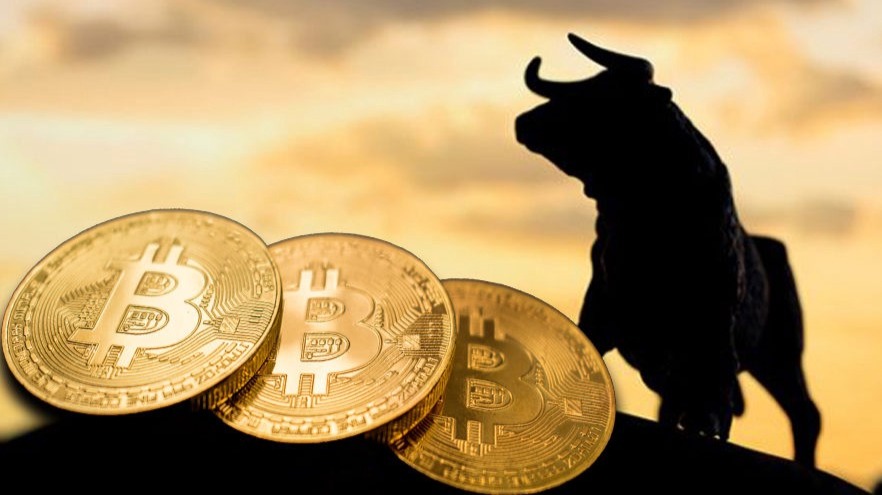 Looking at the price action, hash rate and transaction costs of the premier digital coin before the mining reward splits into half

To summarize the concept of halving, it is simply a process of reducing the mining rewards to half, done to maintain the supply of Bitcoin (21 million). More details on the concept could be found in my piece that I wrote about Bitcoin halving, earlier last year. So why has this become such a big deal? Simply put, the earlier two halvings in 2012 and 2016 have resulted in price gains for the premier digital coin, preceding and immediately after the event.

It remains to be seen whether we are going to get the same magnitude of gains as the two preceding events but the strong rebound from the March lows has been encouraging. In fact, it has been somewhat of a V-shaped recovery for Bitcoin as you can see in the chart below.

Whether the recent rally is solely inspired by the upcoming halving or just an improvement in the overall financial picture is something that will be confirmed in the coming days. However, other metrics for bitcoin have seen an uptick in recent activity also pointing to more than just a bottoming of price behind the strong rebound. Let’s look at some of the charts to make sense of it all.

Needless to say, it has been an eventful year for Bitcoin. It started the year with a rebound taking shape and got the crypto bulls really excited once it reached the psychological barrier of $10K. However, BTC failed to pierce this important price level convincingly — one again, failing as it did back in October 2019 (chart above).

The pandemic news not only drew blood out of the mainstream financial markets, but Cryptos also suffered as BTC dropped more than 50%, completely wiping out the gains for the year and more. It has staged a smart rebound ever since, clawing back most of the losses but capped under $10K so far. The bullish price momentum seems to be gaining strength as the halving nears.

BTC has had a hard time getting through that all-important resistance of $10K. Maybe the halving would be the catalyst that would finally make that happen. For now, $7500 is acting as the immediate support above which the price would continue its bullish overtures.

BitInfoCharts — BTC transaction fees for the past 10 months

Considering the average fee to transact on the Bitcoin network was $0.29 in January of this year, it shows how rigorously has the demand for block space been growing so far this year, as halving has neared. Keep in mind that the transaction fee on the BTC network hit an all-time high of $50 in December 2017 — coinciding with the $20K price high for bitcoin.

With the halving reducing the block rewards from 12.5 BTC to 6.25 BTC per block — reducing the new BTC entering the market from 1,800 to 900 per day, competition between miners during each cycle is ramping up. Miners want to make as much as they can before the rewards get cut into half.

BitInfoCharts — BTC Hash rate for the past one year

And finally, the bitcoin mining hash rate has bounced back into record territory as well, after the hashing power crashed 40% in two weeks after setting its previous all-time high on March 8 (chart above). For those of you, who are unfamiliar with hash rate — it is the computing power required to mine Bitcoin.

Following the ‘Black Thursday’ crash in March, the hash rate has gained 90%, almost doubling in less than two months as miners are likely turning back on old mining rigs since the Bitcoin price jump has made it profitable again.

Although the Litecoin halving earlier last year and Bitcoin Cash and Bitcoin SV’s halvings more recently turned out to be non-events, expectations from BTC are still too high — and the metrics seem to agree so far. May 11th is not too far…