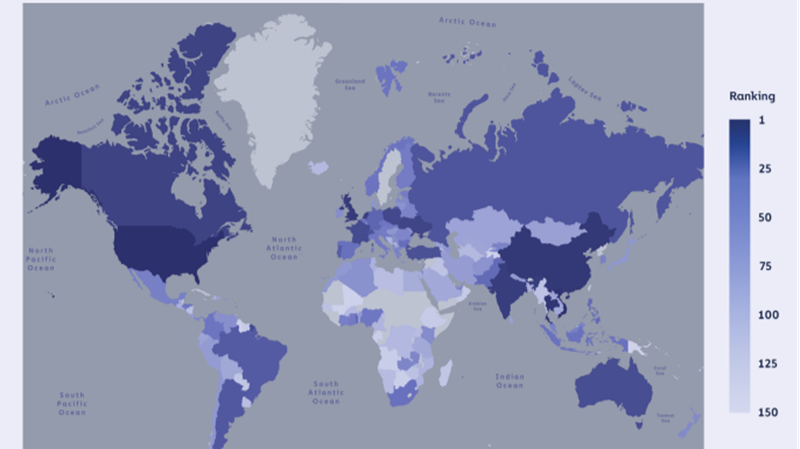 Cryptos have been on fire lately as the premier digital coin approaches its previous all-time high around $64.8k, reached in mid-April. At the time of writing, BTC is trading close to $62.4k. A spate of good news this week has precipitated this sudden bullish momentum in the digital assets — the most important of which is SEC’s possible approval of the first U.S. Bitcoin futures exchange-traded fund as soon as next week. Other news like Russia finally coming around to accepting cryptos role in making payments, Coinbase diving into the NFT marketplace & Binance launching a $1 billion growth fund to accelerate the adoption of digital assets were all positive drivers.

A few weeks earlier, we looked at the general crypto adoption around the globe, which showed a growth of a massive 880% in 2021. Based on the Chainalysis Market Intel, the full report has been released and it looks at some interesting insights into how the crypto market has shaped over the past year or so. Apart from publishing the second edition of the Global Crypto Adoption Index, it has devised the first-ever Global DeFi Adoption Index — very relevant with the kind of growth decentralized finance has seen over the past 18 months.

In somewhat of a contrast to the Crypto Adoption Index, the countries ranking higher in the Defi edition of the index feature countries where traditionally crypto trading volumes have been higher — mostly middle to high-income countries with strong professional and institutional markets. No wonder the United States comes in at the top, followed by Vietnam & Thailand (Figure 1, left chart). Canada, China & India all feature among the Top 10 along with Ukraine, Poland & France.

The second chart on the right above highlights the web traffic to DeFi platforms — the vast majority of which are from North America and Western Europe, followed by other regions around the world. Unsurprisingly, Africa lagged far behind other regions. Another noticeable trend showed up around up recently in 2021. Despite the top two regions beginning to plateau somewhat, other regions seem to continue their upwards trajectory — a trend that kicked off back in the summer of 2020.

This is an interesting chart above (Figure 2), where the data shows that large transactions make up a much bigger share of DeFi activity. Basically saying that large investors aka whales are much more interested in DeFi. According to the data, large institutional transactions (above $10 million in USD) accounted for over 60% of DeFi transactions in Q2 2021, compared to under 50% for all cryptocurrency transactions.

As it is evident from the chart above, the last two quarters of 2020 saw professional traders ($1M-$5M) enter the DeFi market in a big way. However, the whales took over in 2021 and have captured more than 60% of the transactional volume in Q2. It is a similar theme playing out as we saw in Bitcoin, where ballooning institutional interest has propelled the premiere digital coin to new highs.

Overall, both these indexes point to the fact that at the grassroots level, emerging markets are driving cryptocurrency adoption — as a hedge against inflation and for quick remittances. DeFi adoption, on the other hand, is powered by experienced traders — looking to diversify via innovative platforms. You can get a detailed picture of the regions in the report.