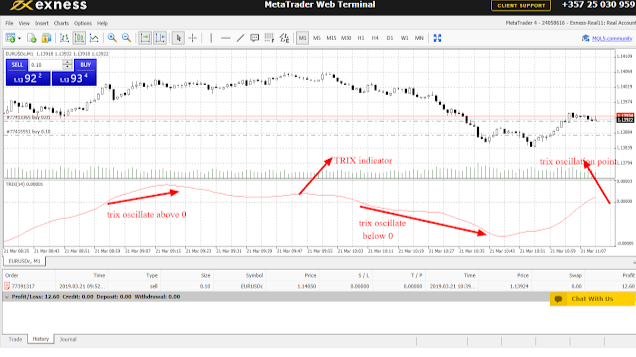 Triple Exponential Average tool indicator was developed by Jack Hutson as an oscillator for the overbought/oversold market condition. The tool can also be used as a momentum indicator.

Therefore, Triple Exponential Average is an indicator that combines market trend with momentum.

It constitutes the triple smoothed moving average and the period percentage change.

TRIX is calculated using the following;

-1period percentage change from the third step above

The last formula is mostly considered as the TRIX formula and will mostly fluctuate from time to time.

The triple exponential average indicator normally oscillates at around zero. 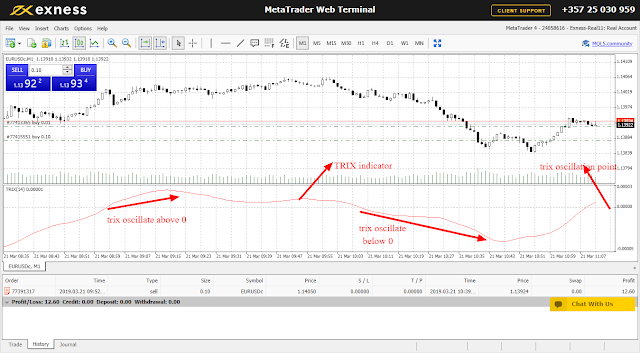 From the candlestick chart above, the red arrow has indicated several oscillations for the TRIX indicator, that is;

Recommendation: If you are day trader, use 1min,5min,15min, and 30 min timeframe while if you are a swing trader, just use 1hour and above timeframe if you want Triple Exponential Average indicator to work well for you.