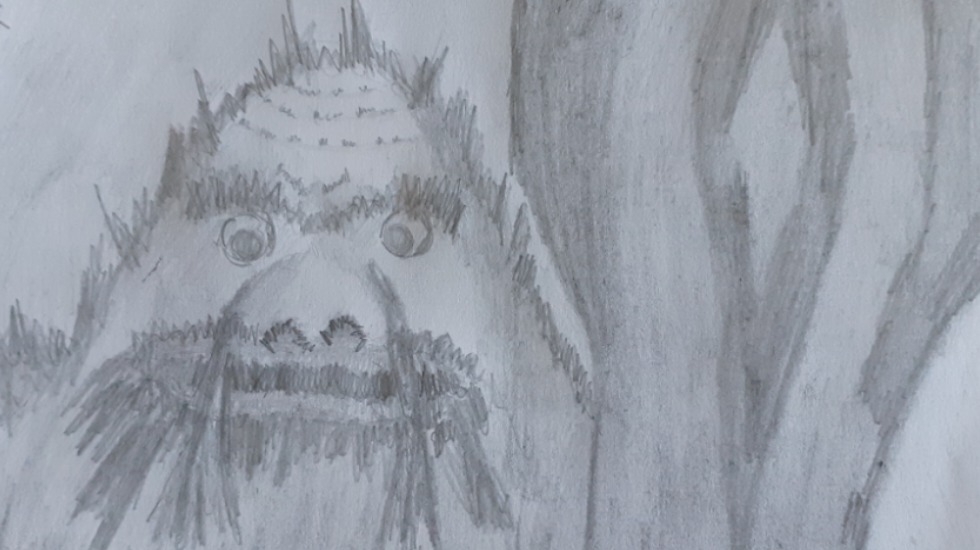 He groaned as he arose.

Crawled out of the earth.
Old enough to use words but he couldn't get them out of his throat. His tongue was taken, cut out as he was still young and happy, loved to play outside in the sun.

"Monster", they had shouted, "You are an evil monster!".

He remembered it all.

He felt like a helpless baby in the corpse of a giant. Words... they were not meant for him either civil rights.
No state, no country would accept the devil he finally became. The only way to hold his head up and survive.

The next photo shows the drawing in an earlier stage. It was not finished yet but I had to catch some sleep first.