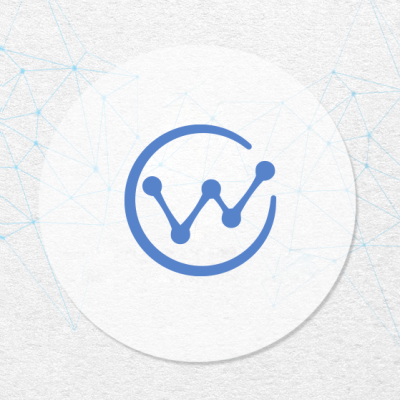 Terming itself as a “third-generation public blockchain”, WaykiChain uses the Delegated Proof-of-Stake (DPoS) to achieve consensus. The team also claims that the network is capable of sustaining an average of 3,200 transactions per second (TPS) with upto 5,400 TPS in actual use.

There are 5 major technical elements in the WaykiChain platform that underpin all of the milestones: the consensus algorithm, the dual virtual machine, Collateralized Debt Positions (CDPs), a decentralized exchange and interoperability.

The DPoS consensus algorithm features an elected delegated system where stakeholders can vote on delegates to secure the system. The dual engine smart contract technology permits programming in several languages. The CDP features allows anyone to pledge their assets into a CDP to generate a stablecoin. Interoperability comes from the network’s support for sidechains, which can work on independent protocols.

WaykiChain has much of its efforts in 2019 expanding its ecosystem and its business strategy. Its community platform, WaykiTimes, was also made available several app stores, including Google Play. As for technical milestones, the team released a web wallet plugin and launched the DApp funding program. The mainnet also saw an upgrade.

Greetings my friends; In this article I will introduce you to WaikyChain the project that aims to be the largest ecosystem platform in the world. Oh really? Yes my friends, this project holds the biggest speculations of the moment and even participa...

WaykiChain is an imaginative innovation organization zeroing in on blockchain innovation advancement and activity of related undertakings. The third-age blockchain business public chain autonomously explored and created by WaykiChain is at driving le...

In 2018, by focusing on the blockchain, we predicted the launch of the WaykiChain, which was in the limelight at that time. The continuous press conferences held in China, South Korea, and other places reached thousands of people. However, when ever...

Defi products are on fire, the Market has experienced 500% growth since 2019. A lot of good Defi projects have been born during this hype, and a lot of them are still under the radar and that’s where we should be looking at. What I mean by that is...

WaykiChain, the 1st Layer Native DeFi you can retire with

There are a lot of DeFi and farming projects coming out these days. Some of them are on ETH, most of the new ones are on Binance Smart Chain. The 2017 ICO craze of ETH resulted in a lot of scams, and now the new ones coming out on BSC are full of ru...

Do you enjoy writing articles? Do you like creating videos? Then look no further than this Super WaykiChain competition! Deadline: 0:00 HKT on March 7, 2021Rules: A Social media account with 500+ followers on any platform; Publish a WaykiChain-rela...

With the rise of demand in the stablecoin market, many projects have began to try and release their own stablecoins, including from USDC and PAX to OK exchange’s USDK and Facebook’s Libra. The emergence of stablecoin provides a solution for accept...

Dear WaykiChainers all around the world,We are proud to announce that our Public Chain will be upgraded Version 3.0.Hard Fork Height: 11776688,Upgrade Time: 10:10 AM July 8, 20, 2020 (UTC+8).WaykiChain technical team will continue to improve the effi...

WGRT and its projected price in WaykiChain DeFi ecosystem

Check out this infographic, and let us know if you have any questions. WGRT is the latest and the final coin to come into the market in the waykichain 3 coin economy. With its base layer smart contracts and DeFi, waykichain is the most resistant cha...