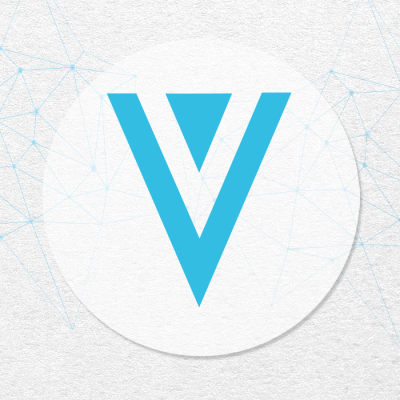 Verge (XVG) is a privacy token that was launched in 2017 by a group of individuals who believed in the mission that Verge is working on. The project is entirely open source and relies entirely on volunteers. No ICO was conducted and no coins were pre-mined.

The Privacy tokens niche is one of the more intense developments occurring in the cryptocurrency space. While other tokens offer a limited degree of anonymity - they are pseudonymous, not anonymous - many projects are working on technologies that offer complete anonymity i.e. transaction amounts, and the sender and receiver’s addresses are all hidden.

There are multiple approaches to how this can be done, and several projects are employing very unique solutions. Verge’s answer to this problem is to use the Wraith protocol, along with integration with Tor and I2P to completely shield transaction information.

Similarly, privacy focused projects are increasingly working towards offering both fully private and exposed transactions, the latter being useful for such cases as auditing. Verge is doing this through its Wraith protocol, which lets users switch between shielded and unshielded transactions.

2019 has seen the Verge team release a fully-featured iOS wallet, an online merchandise store and a revised “blackpaper.” Verge’s current development goals include another privacy-enhancing technique, Ring Confidential Transactions, which is described as being nearly halfway to completion. Other goals for 2019 include a desktop wallet, which is nearly complete, and RSK smart contract integration.

On March 28th, we had a chance to catch up on everything Verge crypto has been doing over an AMA. Verge crypto is a decentralized open-source cryptocurrency which offers various levels of private transactions. It does this by obfuscating the IP addre...

Anonymity is one of the values that crypto users look forward to in cryptocurrencies. Although most cryptos offer a certain level of anonymity not all are truly anonymous cryptos. This is where privacy coins come in. In the last decade, fully anonymo...

The New Dealers on the Block

In case you were unaware, cryptocurrency built its back amongst mules. While bitcoin gained value through 2008 and 2012 it became functional based on the needs of addicts. The Federal Bureau of Investigation has done its job well since the...

Community-driven crypto is a kind of crypto protocol that banks greatly on its community for strength. This type of coin usually relies on extraordinary community support. In other words, its development is community-driven. The community decides on...

Rolling Stocks: The Train Of Mass Adoption Is Fueled By Verge

This time we’ll dive into Verge Currency and explore its basics, key features, recent updates, and future plans with Alexandre (aka XVG Ninja), the Technical Marketing Engineer of the project! The Basics You Should Know About Verge (XVG) Verge (XVG)...

Hi dear friends, hope you are well and welcome to the new update on Verge (XVG) coin with Bitcoin pair.On the 2-day time frame chart, the price action has formed the final leg of bullish Gartley pattern. https://www.tradingview.com/chart/XVGBTC/2gWx...

GetBlock shares a deep dive into what Verge Currency (XVG) looks like – and how a solid and passionate community brings mainstream popularity even with no ICO and VC capital. Veteran blockchain Verge (XVG) is a textbook example of how a cryptocurren...

Welcome to the second interview in a series of interviews with Verge coin. Today our guest is Mark Wittenberg, the Verge Currency Core Marketing Team. Verge (XVG) is a secure and convenient digital currency that ensures the reliability and anonymity...