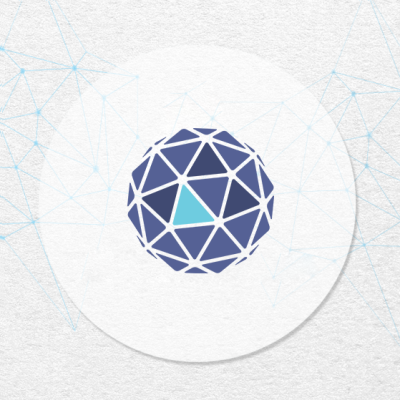 Orbs (ORBS) is a cryptocurrency made by Daniel Peled and was launched in March 2019. It is a decentralized hybrid blockchain platform that is built for real-world applications as it allows businesses to choose which blockchain mechanism they need

Orbs is interoperable with Ethereum and is designed to bring scale to Ethereum based projects. If a developer chooses to add Orbs to their project, they will be granted the benefits of both chains granting them the paramount security and liquidity of Ethereum as well as the scaling options that Orbs presents. This is all possible due to the Virtual Chains and the Randomized Proof-of-Stake (RPoS) mining algorithm that Orbs use.

Virtual Chains are a type of sidechain innovation that runs on top of a shard physical node structure. This grants them the decentralization and security from physical nodes and allows customization of their blockchains as they are isolated from each other. Each application built on top of the Orbs infrastructure will have its own Virtual Chain, allowing the developer the option to choose their own specific consensus protocol and governance model.

Orbs’ RPoS is a mining algorithm that allows the network to be both fast and secure. It works by randomly choosing small committees from a large pool of validotrs for each round of consensus. This allows for decentralization (due to the large pool), security (due to the randomness), and scalability (due to only needing a small committee). This mechanism is easily scalable and allows for thousands of transactions per second. Furthermore, as the network grows and the number of nodes increases, so does the speed and security.

Two Orbs Having An Argument

Arguments happen. One person thinks liver and onions is God's gift to the world. The other thinks it should only be served in prison. As for myself, I think a properly prepared liver with onions is nectar of the gods. Anyway, I decided to do a projec...

What Is Orbs (ORBS) And How Does It Work? | KuCoin Crypto Gem Observer

For many people, the ultimate goal of blockchain technology is to achieve mass adoption. With cryptocurrencies and the blockchains powering them making the news regularly, why has this not yet been achieved? The answer is likely that there are many c...

Paranormal Activity In My Living Room?

What if I was to say … I think there are ghosts in my house. What would your reaction be? Would you laugh, roll your eyes, or would you be inclined to believe me? I hope those who read this story take the time to give me some feedback. It all started...

What is Orbs? Orbs protocol; It is a hybrid blockchain infrastructure that uses a public blockchain, Proof-of-Stake consensus designed for businesses (real-world uses). Unlike most hidden and permitted blockchain solutions used in businesses, Orbs in...