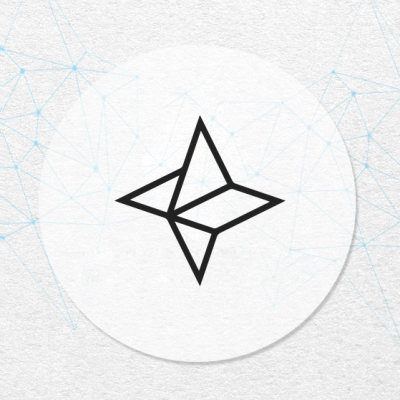 Nebulas (NAS) is a cryptocurrency founded by Hitters Xu in 2017. It is a decentralized blockchain-based platform with the objective of providing the search framework for all blockchains.

The crypto community sometimes refers to Nebulas as “the new Google” due to its suite of Google-like tools. However, instead of providing day to day internet information searches, Nebulas measures the value of on-chain data, interactions, and collaborations. The project uses an open-source core ranking algorithm called Nebulas Rank (NR), which focuses on searches among decentralized applications (dapps), smart contracts, user’s blockchain assets, and other entities on the blockchain. Nebulas Rank accurately measures the value of applications by considering liquidity and propagation of addresses and contracts used in applications on the Nebulas platform. With the Nebulas Ranking system users will be able to easily search for the most useful decentralized applications.

Moreover, on April 15, 2019, the team behind Nebulas released Nebulas NOVA, which is a blockchain network with native on-chain incentive. With Nebulas NOVA, developers and users can participate in the development of the Nebulas ecosystem. These participants will be ranked using the Nebulas Ranking algorithm and will receive rewards in the form of Nebulas (NAS) tokens. This is meant to provide a positive feedback loop for developers to create high quality dapps.

The Nebulas (NAS) token has a total supply of 104,614,663 NAS and a circulating supply of 48,627,715 NAS. The NAS ICO was conducted in December 2017 where the project raised $60 million worth of Ether (ETH). As for the token distribution, 30 percent was sold to retail investors, 10 percent was sold to institutional investors, 5 percent held by the Nebulas foundation, 35 percent held for the community ecosystem, and 20 percent will be further distributed to the founding team.

SUMMARY A Network Attached Storage device (NAS) is a convenient way to make files available to multiple computers and/or users.  They are like mini file servers you can leave on all the time on your home network and come with pre-installed administ...

Welcome to our next episode. Today we close Nebulas. The project failed to fix the vulnerabilities we reported previously, there was no official response to our attempts to contact its team. In at least one case a moderator of its subreddit deleted o...

Welcome to our next episode. Today we continue with Nebulas which goes, slowly but steadily, towards being the worst project we have ever analyzed. Why is that? It's because we still haven't received any reply to any of our attempts of contacting the...

Welcome to our next episode. Today we open Nebulas. Similarly to IOST, this blockchain project uses Google's V8 JavaScript engine in order to allow smart contracts to be written in JavaScript. Speaking of IOST, after the initial disappointment due to...

Universal Search is one of the most resource intensive jobs that will ever run on a Synlogy Diskstation. A full index can easily take several weeks to complete and can make a Diskstation with only 1GB of memory unusable. As Synlogy Drive Sync, Synlog...

The Month of Problems For over a month I had problem with my Synlogy Diskstation 416play. After a few hours of usage the Diskstation became sluggish, unresponsive and eventually froze up. If I noticed in time I could quickly reboot the system via ssh...

A Quick Overview Of Nebulas Project