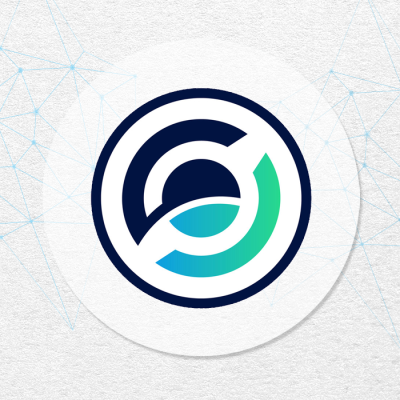 Horizen Network (ZEN) is a cryptocurrency made by Rob Viglione and Rolf Versluis in 2017. It is a decentralized blockchain network with optimal privacy features that aim to provide users with complete control over their digital footprint.

Horizen is a privacy-focused Zk-SNARKS based blockchain platform which includes a Decentralized Autonomous Organization (DAO) amongst a host of privacy tools to help users control their privacy on the internet. Forked from ZClassic in 2017 and rebranded to Horizen in 2018, the Zen cryptocurrency is mined using the Equihash Proof-of-work consensus mechanism. The implementation of ZK-Snarks allows users to retain privacy on their transactions as they are all shielded so they can not be seen by the outside public.

Decentralized Applications (dApps) are a core feature of the Horizen Network and it is how they distribute their host of privacy-preserving tools. So far, they have released ZenChat, a secure P2P messaging application, ZenPub, an anonymous document publishing platform, and ZenHide, a domain fronting service.

The Horizen Network secures its network through a series of Secure Nodes and Super Nodes. Secure Nodes are nodes that verify the transactions and help to create new blocks. They are required to deposit collateral of 42 ZEN to reach the status of Secure Node. This provides an incentive for the node operator not to attack the network as he has collateral which will be attacked. The Secure Node operators must also meet minimum requirements in their hardware selection ensuring a minimum level of memory, processor speed, and reliability. The Super Nodes are pretty much beefed-up versions of Secure Nodes, however, Super Nodes require much higher minimum hardware requirements. Furthermore, Super Nodes require collateral of up to 500 ZEN to reach the Super Node status. The Super Node operators have greater weight when it comes to voting on governance as they are incentivized to keep the network healthy.

The 1st Horizen Community Led Party took place on the 31st of October, with a meme competition, the Horizen Weekly Insider and the Punkz Hero gaming competition. Horizen is THAT project that keeps innovating the Cryptoverse and drives forward the ad...

Many things happened this week in the Cryptoverse, many breaking news from the real life but none were linking the Metaverse and IRL stuff like the Twitter deal! Elon was inevitable and the Snap took place! The bird if freed ... said Elon! Was the b...

The 1st Horizen Community Led Party will take place on the 31st of October, with the Punkz Hero competition as the main event. Meme Lords are invited to the party, as the meme competition will be live over the weekend.  Horizen is THAT project that...

Horizen is one of the market’s most robust blockchains. Horizen is powered by the world’s leading and autonomous multi-tiered node mechanism. Horizen’s objective is to secure data integrity and privacy through actual applications. Horizen’s native co...

Cryptocurrency has opened up access to financial services for worldwide users nowadays. The radical new way of making payment has found acceptance and DeFi or decentralized finance has almost become a movement. Institutional money has started to flow...

How to accept Horizen crypto and get fiat?

Horizen is building a secure blockchain that possesses complete interoperability with other networks. Horizen particularly prides itself on the exceptional level of data integrity and privacy that it offers to users. The native crypto of Horizen, ZEN...

A Quick Dive into Horizen – The Zero Knowledge Powerhouse

The world has witnessed massive growth in the virtual currency industry in recent times as the radical new way of making payments drew investor attention significantly. In a public blockchain, transactions can be traced very easily and be linked to r...

Wrapping up 2021 ... getting ready for a better 2022 I joined the Cryptoverse in 2015 and back then the blockchain was presented like a solution for modern age dilemmas, not as a place flooded by memecoins and tokens with no real life utility. Crypto...

The Essence of Meditation is Awareness

Meditation is a waste of time! It surely is if you sit hours upon hours, day after day wasting your time when other things can get done. This was my take before I saw a YouTube channel by a meditation monk from Nepal called Yongey Mingyur who explain...