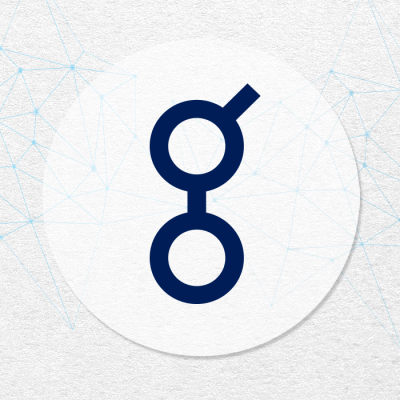 Calling itself a decentralized marketplace for computing power, Golem Network lets users rent out their computing power resources to other users on the network, for which they get paid in the GNT token. Individual users as well as large data centers can join the network. The team is tackling the problems in the very much centralized cloud computing market, which is primarily the fact that cloud computing is expensive with a high barrier for those without the funds to access these services in any meaningful way.

With a strong focus on developing the ecosystem, Golem Network allows entities to integrate themselves with Golem Network and share their own distributed task frameworks on the network. Currently, the project’s major use cases are CGI rendering, machine learning and scientific computing. However, the team is actively working on finding new use cases, and in fact takes suggestions from developers and the community on what new use cases should be.

The Golem Network project is currently in the second of its five-phased development, the Brass Golem phase, which has brought the network an intuitive GUI with functional renting and computing power purchasing features. The beta version of the mainnet already having launched.

Flexibility and robustness are two major focuses in the upcoming phases of development, as well as the introduction of network use cases, which, tentatively, are photogrammetry reconstruction and video transcoding. The team keeps an active Trello board that effectively communicates the progress that the team is making with their development goals. The team’s current focus is on expediting the arrival of the next phase, Clay Golem, as well as Graphene, which lets applications run on Intel’s SGX enclaves, and Golem Unlimited, which allows for hubs of trusted providers.

Visit DailyCoin for more articles Golem (GLM) is a global, open-source, decentralized network that aims to connect thousands of computers all over the world through its blockchain to build a distributed supercomputer. Founded in Switzerland in 20...

A Supercomputer's Message to Humanity

The above is an excerpt from Stanisław Lem's Golem XIV, an essay which this polish futurist published in 1981 and in which he speaks, through the voice of the supercomputer Golem 14, about humanity's journey to where is is now and about where it is...

What is Golem GLM?

Golem is a blockchain platform that allows you to use the computing power of others and to share yours. For using the service, you pay with the Golem GLM token — an ERC-20 asset that was previously called GNT and existed on a dedicated blockchain. In...

The Black Sheep of the Ethereum Family

It's not uncommon for cryptocurrency newcomers to have painted expectations about what they're getting into, framed from how it's portrayed by the public. It's not a stretch of the imagination to picture a Rich Uncle Pennybags type of character puffi...

Operation Patagia : Getting Golem on Uniswap

TL;DR: You can trade Golem tokens (GNT) on Uniswap now: https://uniswap.info/pair/0x4b0ca81240feaf1d9b3e314a116a2da6e67cce7d Slightly longer version:  Technically you need to trade GNTW on Uniswap, but I made a frontend that makes it as easy as possi...

Introduction Golem is an Ethereum-based project aimed at building a decentralized network. It allows users to share computing resources by creating a global supercomputer. The Golem coin forecast team is working to develop a system for sharing as man...

Introduction It is important to have a good handle on the basics of Golem coin before getting into more involved details about the Golem Network Token, or GNT. Golem is a supercomputer that can combine the computing power of each machine that is conn...

The Golem crypto system is designed to give people the opportunity to decentralize their computing infrastructure. Quite an interesting proposition – the system was designed to turn idle computing resources (CPU/GPU power) to the task of rendering im...

Is The Golem Network Efficient Enough?

Golem Network is a decentralized distributed supercomputer. Hence, it is inherently less efficient than centralized platforms. Some have argued that centralized solutions such as AWS will make golem obsolete if they decide to start providing services...