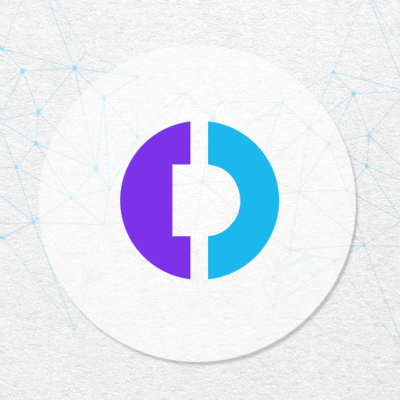 Digitex Futures allows users to bet against the future price of Bitcoin. The DGTX token is the central currency in this trading process, as account balances are represented by DGTX tokens, and DGTX tokens are won or lost in trades. The requirement to use DGTX tokens create an increasing demand for it. The exchange is also transitioning towards a Decentralized Autonomous Organization (DAO) model, where DGTX holders become the governors of the exchange.

Other key features of Digitex are that there is no trading fees, it is non-custodial, has automated market makers, features high leverages, and settles trades on-chain.

The exchange is also implementing the Plasma Network, a second layer scaling solution that is receiving much attention in 2019. The team has said that they are working closely with the Ethereum Foundation on this, and that its own developers have achieved 25,000 transactions per second.

The first two quarters of 2019 have focused on getting the DGTX token listed on exchanges, marketing efforts and general expansion, like the creation of a Russian website. More importantly, however, they worked on the first public version of Digitex. The team is expected to launch its network on the Ethereum testnet on November 30, 2019.

This July, the Digitex Futures exchange launched to the public with the main purpose of removing all commissions for traders and bringing advanced trading features such as Crypto's first one-click trading ladder to the space.  Just a few weeks later,...

A former employee of a popular crypto trading platform leaks data of 8,000 users!

A disgruntled ex-employee began publishing personal data that was stolen from the Digitex crypto and futures trading platform. The publication was made on a telegram channel yesterday, which means a massive data breach. According to the source, the d...

Thanks a lot for actively participating in the Digitex Futures AMA held on 9th February 2020 at the Game of Bitcoins Channel. We really appreciate all your support. This post is a recap of the entire session held with Digitex Futures We have with...

The Digitex Futures team today officially announced the release date of the mainnet which will be 27 April 2020 respectively. From launch date, it will be possible to place commission-free trades via their official futures exchange. The beta version...

Zero-Fee Leveraged Trading: Is It Possible?

In stocks or crypto markets, trading fees are sometimes just a fraction of a percent, and most people don't care too much about them, but if you are a day trader or want to become a professional trader, this small percentage can likely mean a lot of...

What happening Digitex Proposes the Idea of Token Burning

Digitex Proposes the Idea of Token Burning  Following last week's DAO announcement, CEO Adam Todd introduces the Token Burning system into the tokenomics of the Digitex Futures exchange. This is currently a proposal, and whether or not it is implem...

Digitex's Adam Todd says that Digitex has founding for more than 1+ years SmartDec will make an announcement regarding the payments received from Adam Todd (or will just confirm that Adam has paid them) Ivan on Tech gives his opinion about the Spotw...

Digitex Dates to be Announced By SmartDec

Digitex's Ceo Adam Todd suffered a disastrous kick out of the conference room on a live interview! SmartDec the Devs team dealing with the Digitex Futures Exchange will give info regarding dates/progress in about one month time. Digitex https://digi...

BITCOIN TAKING A DIPBitcoin has taken a little bit of a dip over the alst 24 hours going down to $6,350.  We need to hold the support level of $6,200 if we are going to see any upwards movement as the volume has hit it's lowest of the year.  A bre...