In the Cryptoverse, we will all develop affinities for different projects and we will like some more than others. This is the case for UMA, one of the projects I discovered recently and was impressed by the vision. The idea of Universal Market Access sound amazing and I wanted to be part of this innovative movement. I joined the UMA group on telegram to be up to date with the updates and from there I was invited to be a super-UMAn, and bring my contribution to UMA's development.

What I can bring in the mix? Out-of-the-box thinking, quality content and availability. My first article about UMA was the highlights of the AMA with Hart Lambur, one of the co-founders.  The article was decent and was re-tweeted by UMA. Read the detailed article to get familiarized with UMA: SuperUMAns #1 - AMA about UMA with Hart Lambur 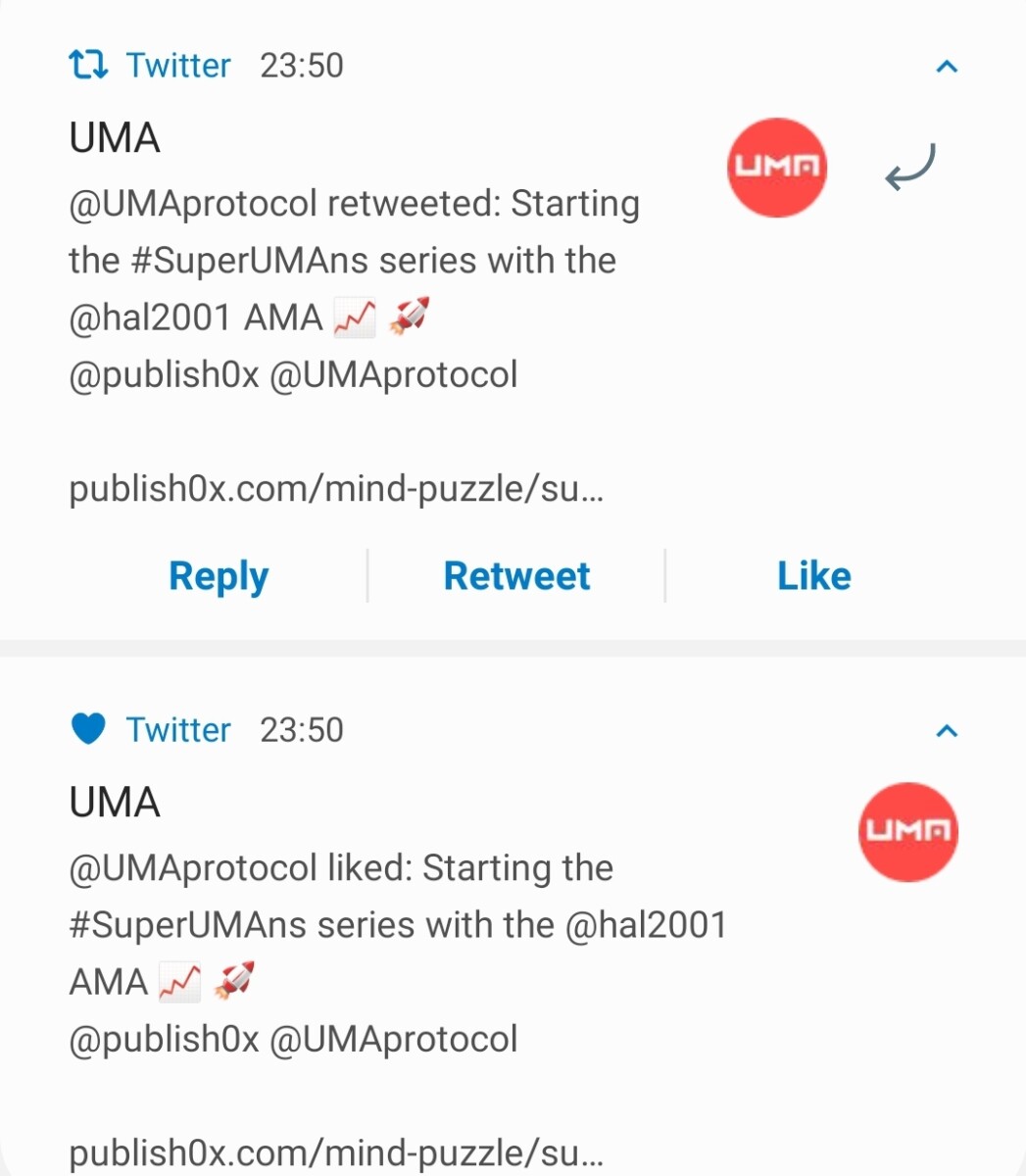 As a content creator, you are happy when your work is noticed. A like for Hart Lambur followed the UMA retweet and this was a real moral boost.

UMA is different from other projects and this difference is clearer when you look at UMA incentivization mechanism, the Key Performance Indicators (KPI). The value of the incentives will depend on the TVL of the UMA protocol, therefore rewarding hard work and progress.

The KPI is the opposite of useless airdrops, as KPI options are synthetic tokens that will pay out the holder more as the core KPI of UMA's protocol grows. Approximately 60,000,000 USD are allocated for Key Performance Indicators and the end date was set at the end of June 2021. After the deadline, KPI options will be redeemable for UMA at a minimum value of 0.1 UMA each.

The beautiful mechanism of KPI option will unwrap at 2 UMA per KPI Option if the goals are achieved, which means a reward twenty times bigger. Calculating the KPI Option at today's price, ignoring the current TVL, the value of 1 KPI can shift between UMA *0.1 to UMA*2

UMA's goal to achieve 2 billion TVL created the first KPI option, which will be redeemable after the expire date, on the 30th of June. Each option will have a value based on UMA's TVL on the day. The May market crash was so harmful and effected badly the UMA TVL, which at the moment is $120.9 million. At this value, only 121,000 UMA from the 2,000,000 reward pool will be distributed. There are 1,000,000 KPI options in circulation, which means that the current option multiplier is 0.121x.

How other KPI options can be created on UMA?

The first step is to define the metric and the deadline when the KPI option will be redeemable. The maximal reward will become unlocked if the community will reach the desired indicator. The indicator can be number of users, TVL, trading volume, number of token holders, participation in governance, etc.

The next stage is to set the collateral type, the asset that will be distributed to KPI holders after the deadline. If the asset is not whitelisted for UMA contract usage, than a UMIP (UMA Improvement Proposal) must be proposed for approval.

Once the collateral type is set, the price identifier for the KPI Option will be added through UMIP. The approval of the price identifier UMIP will lead to the next step, the creation of the KPI Option contract. After creation, the front end will be designed and the final step will be the minting and the distribution of tokens. The minting process will lock the collateral into the smart contract and will create the KPI tokens.

After the minting, and until the deadline, the success of the KPI option depends on the success metrics of the community. They can work together to maximize the value of KPI options or accept a lower reward.

Clearly communicating the success metric and providing some suggestions for your community on how to achieve it to maximize the value of the options they were airdropped will allow your community to pull together for the identified common goal.

I currently have 6 uTVL-0621 and I am working hard along the superUMAns to build up UMA Protocol and improve the TVL. The multiplier for redeeming the KPI option will grow along with the TVL. At today's multiplier rate of 0.121x UMA per uTVL-0621, my stash of KPI will be redeemable for 0.726 UMA. 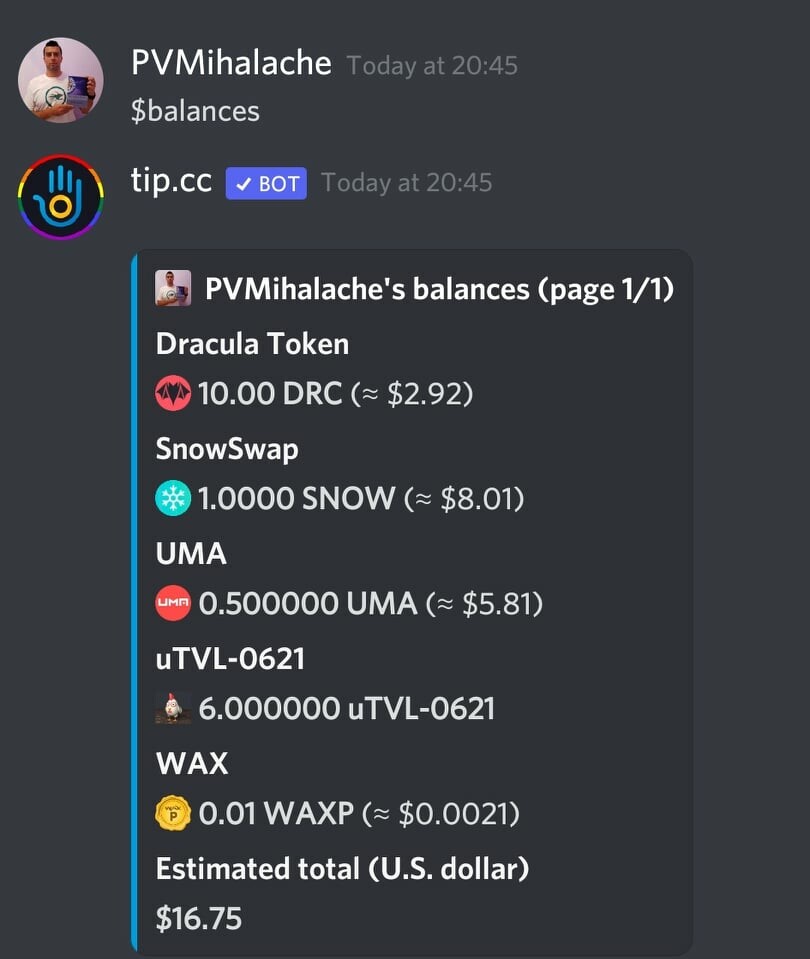