Their ICO was a success and price during the ICO for one token was : $0.0073 . They managed to rise around 915BTC during the ICO.

Stratis is a powerful and flexible blockchain Development Platform designed for the needs of real-world financial services businesses and other organisations that want to develop, test and deploy applications on the blockchain. Stratis blockchain apps can be developed in pure C# and can also utilize the Microsoft .NET framework, while also taking advantage of the powerful Stratis APIs and framework. Stratis significantly simplifies the development process for creating Blockchain applications and accelerates the development lifecycle for blockchain development projects. Stratis private chains allow businesses to deploy their own customised blockchains without the overheads inherent in running their own blockchain network infrastructure. Stratis’s turnkey solution enables developers and businesses to create, test and deploy blockchain-based applications quickly and easily, all without the costs and security concerns that would otherwise arise from an in-house implementation.

Basically Stratis is a copy of BTC but fully written in C#.

Stratis is a POS coin ( proof of stake)

From that moment until today there were been mined ( until moment of writing this ) Blocks #1418572 !!

Their roadmaps during the years : 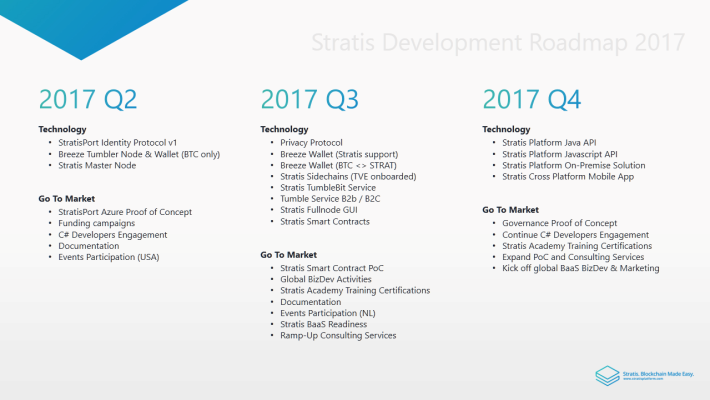 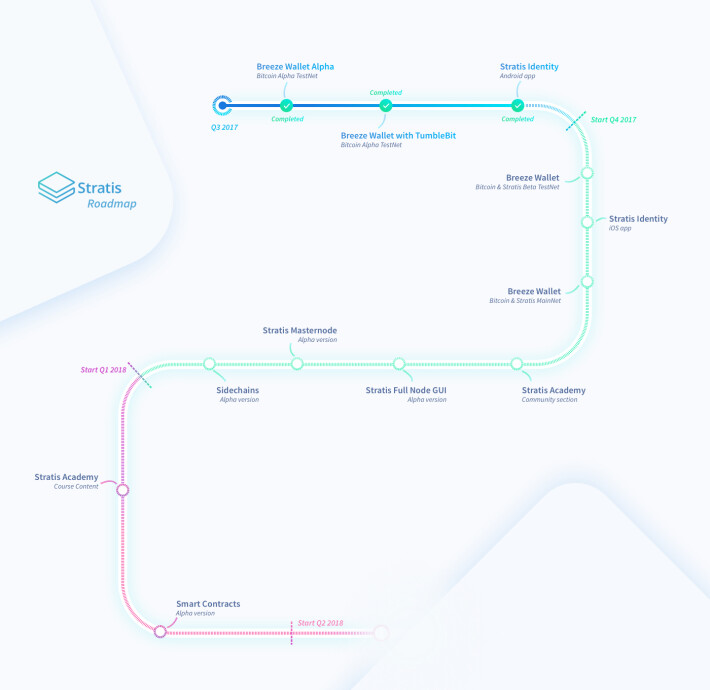 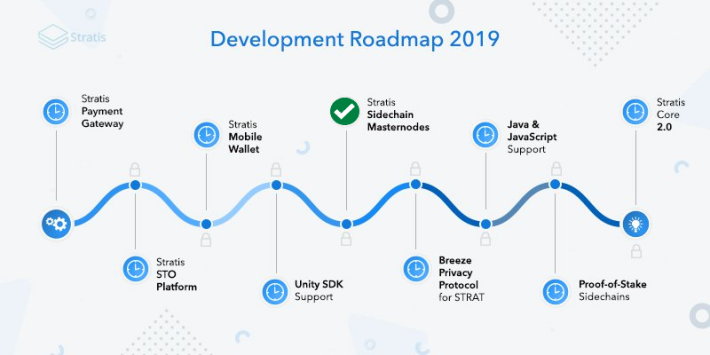 What Stratis achieved during the years ? ( most important ones)

2.Stratis SmartContracts - Stratis’ Smart Contracts in C# are for companies and individuals interested in the development of a secure, immutable, (legally-binding) agreement represented transparently in code. This agreement can relate to the payment of STRAT but can also be about one or more other assets.

3.Stratis Sidechains - Stratis Sidechains allow companies and individuals to create bespoke, personalized blockchains. This includes the sidechain’s own unique currency, which can be used to provide the gas for smart contracts. STRAT can be exchanged for the sidechain currency using a deposit-withdrawal system.

4. ICO Platform - Crowdfund your business ambitions with the free-to-use Stratis ICO Platform, which delivers fully integrated services and customizable layouts, so you can effortlessly launch your ICO.

6.Stratis Academy - Stratis is dedicated to sharing the knowledge of blockchain and nurturing a global C# and .Net developer community. The Stratis Academy will train the next generation of blockchain developers around the world to prepare them for in-demand blockchain projects in different industries. By providing course materials, worked examples, technical infrastructure and hands-on projects, we are aiming to build a community empowered with a knowledge of the Stratis blockchain.

7.Stratis DLT - Stratis Distributed Ledger Technology (DLT) is now available as a production release. With a Stratis DLT solution, enterprise customers can deploy private, federated blockchain solutions that are capable of storing and tracking information other than the ownership of a cryptographic token.

2. Mediconnect ( ICO in progress) - MediConnect will utilize the Stratis Technology Stack to build a suite of offerings set to meet the needs of pharmacies, resolving issues such as prescription drug abuse, drug provenance, payment loyalty schemes and gateway solutions.

After 3 years of hardwork Stratis seems to be one of few coins that put more aspect on developing product than hype.

Happy Birthday STRATIS and many years ahead ! 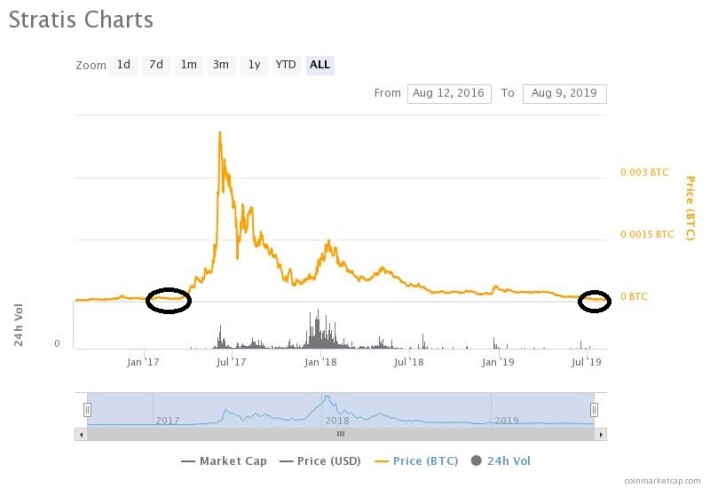