In November 1953, fishermen from the Canvey Islands, located on the estuary of the Thames River, found an unknown animal stranded and dead in the mud. They took it out of the water, covered it with seaweed and went in search of the police, who in turn asked the wise men of London for help. They examined the curious animal, measured it, photographed it and admitted that it did not resemble any other specimen already cataloged.

He was a sea creature, but with feet and legs that allowed him to walk out of the water. Erect, average about 80 cm. His skin was brown and red, and his head was soft with protruding eyes. In this age of technology, when even the police have refrigerators to keep anything, the sages concluded that they could not conclude anything, and they ordered to incinerate the body, after which they said goodbye! A little later, on August 11, 1954, the Reverend Joseph Overs was walking along the beach, about three kilometers from the place where the unknown animal appeared six months before, when he discovered a strange body brought by the sea. A child went to notify the police, and the police again requested the help of the experts. This second specimen was in better condition than the first. It measured 1.20 meters and weighed about 15 kilos.

The report of the wise, this time there was a report, said that the animal had two large eyes, gills and a mouth with sharp teeth. His pink skin without scales had the thickness and consistency of the pig. But the most extraordinary was the fact that this animal had small legs at the end of which were tiny feet, topped by five fingers arranged in a horseshoe. And the sole of the foot was perfectly concave. 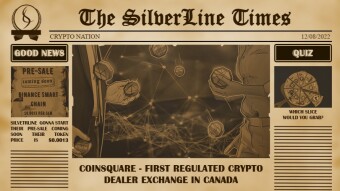