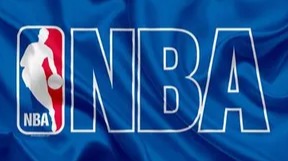 NBA: Unhappy With Superstars Sitting Out? Blame It On The Narratives

The NBA commissioner Adam Silver recently spoke on the issue surrounding NBA star players sitting out so many games in the season.  Everyone's in agreement that injuries definitely play a part and the commish even spoke about the "Play In Game" was introduced as an incentive to get teams to push more and give fans a good show.  I think the play in game has added an extra sense of urgency and drama for fans, but I'm not too sure about the effect that it's had on teams and players and in particular the Superstars of the league.  However, I've long said that there was one narrative that started being pushed really hard a couple years back when Lebron James entered the GOAT conversation and that narrative was "Rings aka Titles aka Championships aka Chips".  The entire thing was centered around Lebron never being better because Jordan has 6 rings and didn't have a "Super Team" when the Bulls won those rings.  Lebron ignored that and did what he wanted and still captured 2 rings in Miami and thus began the era of player movement like never before seen.  The media pushed the narrative so hard that players had to start feeling some kind of way where if they're a superstar in the league, it's gonna take a ring to get respect.  That also caused a ripple effect where players began to conserve their energy more and take more time off to prepare for the playoff push because another of those ripples was all about rings for respect.  Russell Westbrook averaged a triple double for 3 years in a row and most media would say "yeah that's quite an accomplishment, but........" and yep you guessed it..........did he when a ring? or he still doesn't have a ring.  In a world that is so connected and accessible 24/7 365 via TV and the internet do you really think the Superstars who are being talked about for not having a ring or it being said that they'll never win a ring don't hear the chatter?  It definitely has an impact to the point where I'm sure even the owners of teams who have Superstars and are legit contenders are looking and listening and saying "Give that guy as many nights off as he needs so that we have a shot at a ring."  The entire ring narrative which to me was originally used as a way to try and deny the greatness and GOATness of Lebron James has totally backfired on the league and you can thank the media's narrative for that more than anything else.  Minor injuries are now given even more time even after a player has healed 100% because it's all about that ring now.  There's not as much recognition of players being really good players or their accomplishments because it always ends with a ring.  So what if they don't win a damn ring! Did you enjoy the fact that they gave their all to the league and the fans in the great game of basketball?  Nowdays as soon as a player is even mentioned as potentially reaching star or superstar status, the conversation turns into rings. Now I'm not saying the conversation shouldn't be had at all, but let's just pump the brakes a bit and enjoy what these guys are bringing to the game and the legacy that some of them are building, will build and have built in the league and let's celebrate that part of the game as well.  It's at a point now where the ring isn't even the cherry on top of a career, it's talked about as if there's no cake needed to put the cherry on top of. Like the cake is no good unless that cherry is on top and you wonder why more and more stars and superstars choose to take as many nights off as they wanna?  True, it may not be fair to the fans and league ratings, but unfortunately this is where things are with the league and no incentive is gonna fix that.