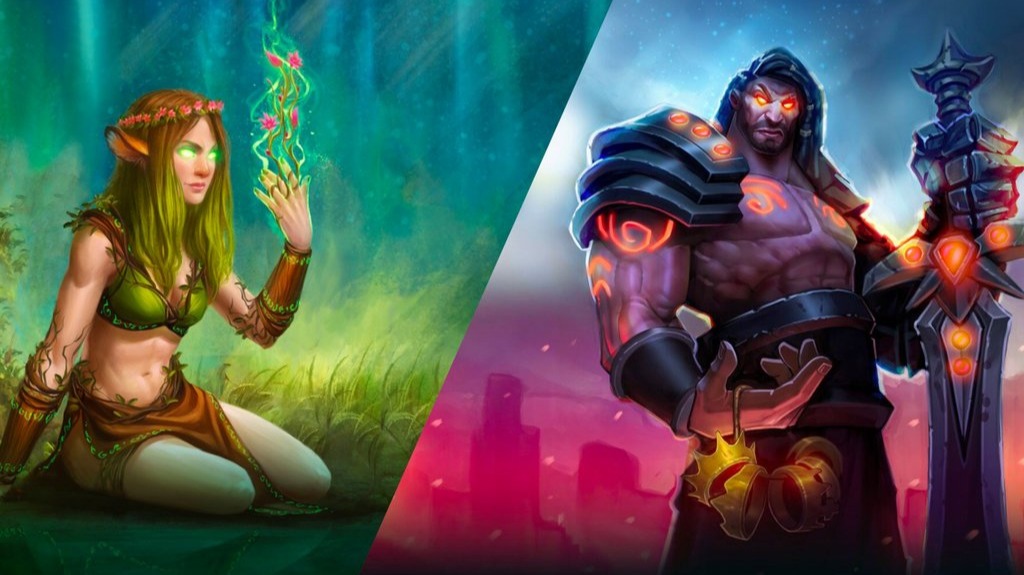 Not signed up for Gods unchained yet? Make sure to use this link and sign up!

Let me start by saying that I'm not a very experience gods unchained player. However, I have learned quite a bit as a beginner and my insights might be helpful to other beginners.

That said, this guide is only meant for beginners.

As a pure beginner with mainly free 2 play cards I was able to get win rates of 65.6% and 75% and reach the rank Solar Gold. I focus on 2 factions when I play this strategy, nature and war. I'm assuming that you can also use other factions, but limiting myself to these 2 seem to work well for me.

The basic idea of a zoo strategy is to control the board by using many low mana creatures.

You will need a deck that has a low mana curve, with especially many 1 and 2 mana creatures.

On top of that you should learn about making favourable trades, this is one of the most important things to learn, especially in a zoo strategy. I will cover favourable trades later in this article.

You want to play with tempo, meaning you don't want the game to last long because your chances of winning will decrease as the game goes on. You want to dominate early game and finish your opponent off in the middle game.

A lot of your games should look something like this: Why? Simple, because his creature is stronger than yours.

Another example would be, if you have 2 creatures with 4 attack/5 health you do not want to trade with your opponents's 5/5 creature because your 2 creatures are worth more than his single one.

Instead you want to find a way to trade in a more favourable way.

Just keep in mind that base stats aren't everything. Sometimes an enemy's ability might be so good that making an unfavourable trade to remove it is still the right decision. Learning how to make these judgement calls comes with experience.

I will discuss the nature deck that I use a bit more. A link to the deck

As I have said before, I'm still a complete beginner. Therefore, I'm mainly playing with the free 2 use cards, so this deck is almost 100% free2play.

Sure, soon I will be looking at how I can improve this deck and one of the first cards that I will buy is the marsh walker.

Anyway, the idea here is to establish board control very early on. This is why I have so many 1 and 2 mana cards.

Usually you want to use your mana crystal as early as possible so your board dominance is established early on.

Something that usually works really well is to buff your monsters that have regen, so if I can I try to find a black jaguar at the beginning of the game.

Also, you will have to use your hero power from time to time because you will run out of cards soon enough. Usually when you have 2 or less cards in your hand, using the hero power becomes a pretty good option. The hero power should be animal bond because this strategy is all about getting as many creatures on the board as possible.

At this stage you want to push for the win. If you allow the game to go on to long you are going to have a hard time. Big frontline creatures will be a problem. A link to the deck

The war deck is similar to the nature deck, but it's slightly more aggresive.

I used to play with the hero power Valka's presence, but have now replaced this with Slayer.

The main reason is that this is helps us in ending the game earlier. Still considering that time works against us in this strategy.

We still care about board dominance, but we want to hit the enemy hero as much as possible early on. We want the enemy to attack us so that we don't have to waste our attacks.

However, it can be a bit of a tricky decision from time to time because if your enemy doesn't have any minions on the board, he also can't buff anything that is already on the board, which is a huge advantage as well. I guess it's a bit situational when you want to attack the enemy and when you want to trade.

I guess I started playing this deck as a pure zoo strategy, but I am now somewhere in between a zoo and a "face" strategy (not 100% sure about GU terminology yet).

On an ending note I just wanted to say that even though I reached solar gold with these decks, I don't think these are good enough to consistently play games at that rank. I started to really struggle at that point (as you can see in my change in win ratings).

However, with the right strategy you should be able to get pretty high up in the ranks with these almost free2play decks.

You can gradually make these decks better by including better cards when you get them, which is what I aim to do.